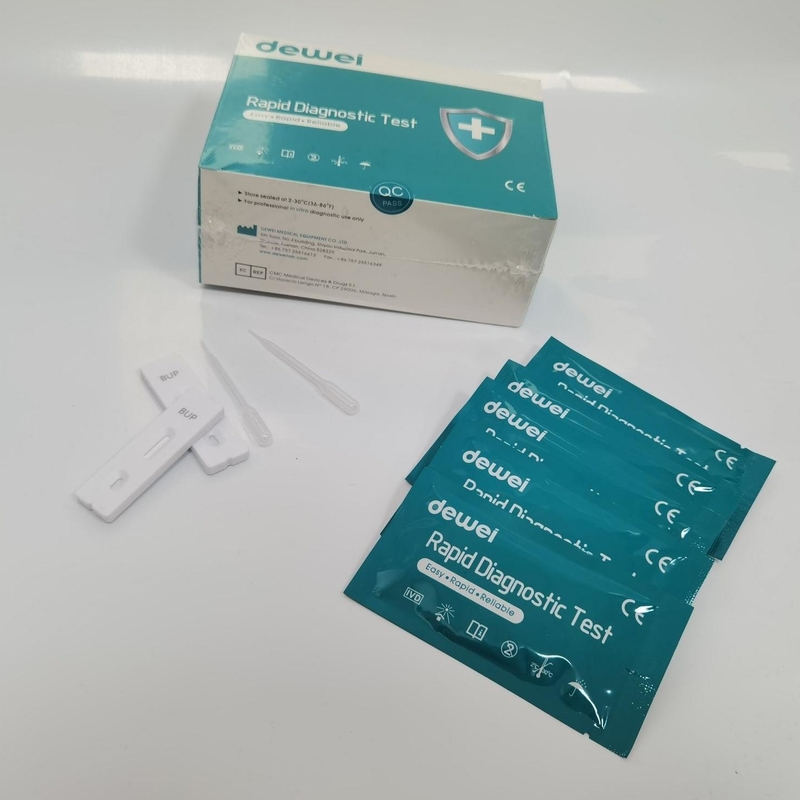 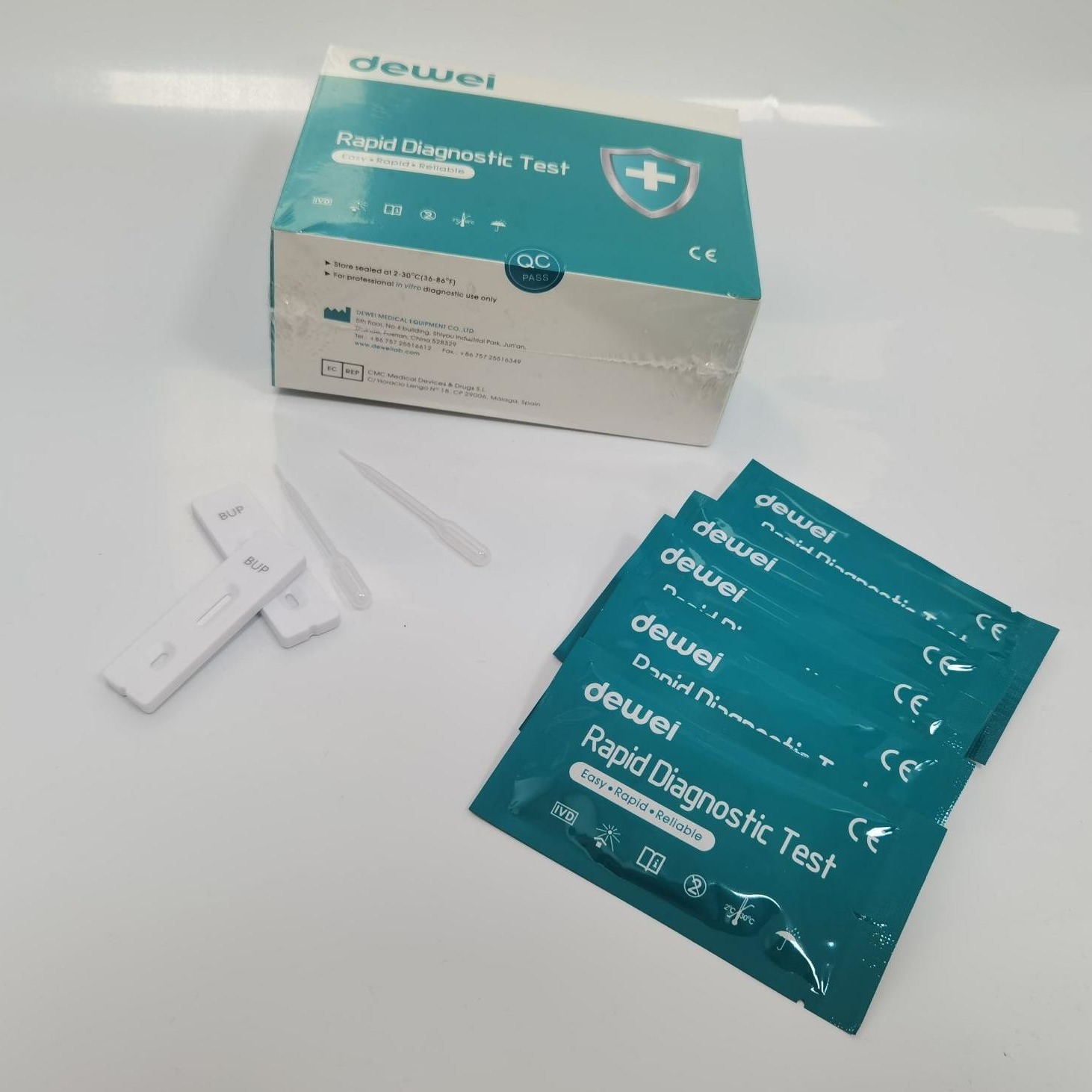 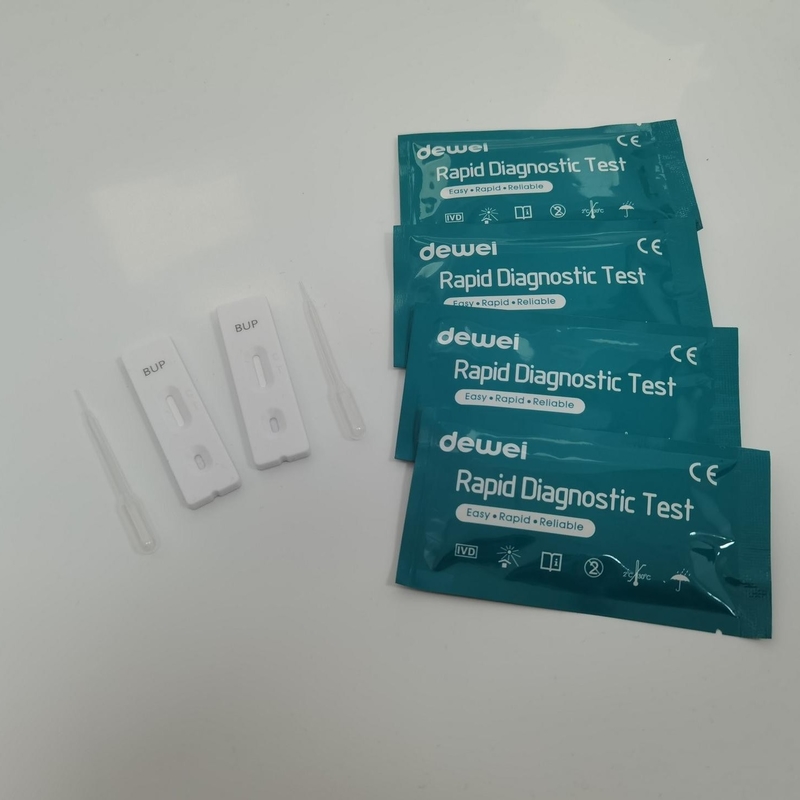 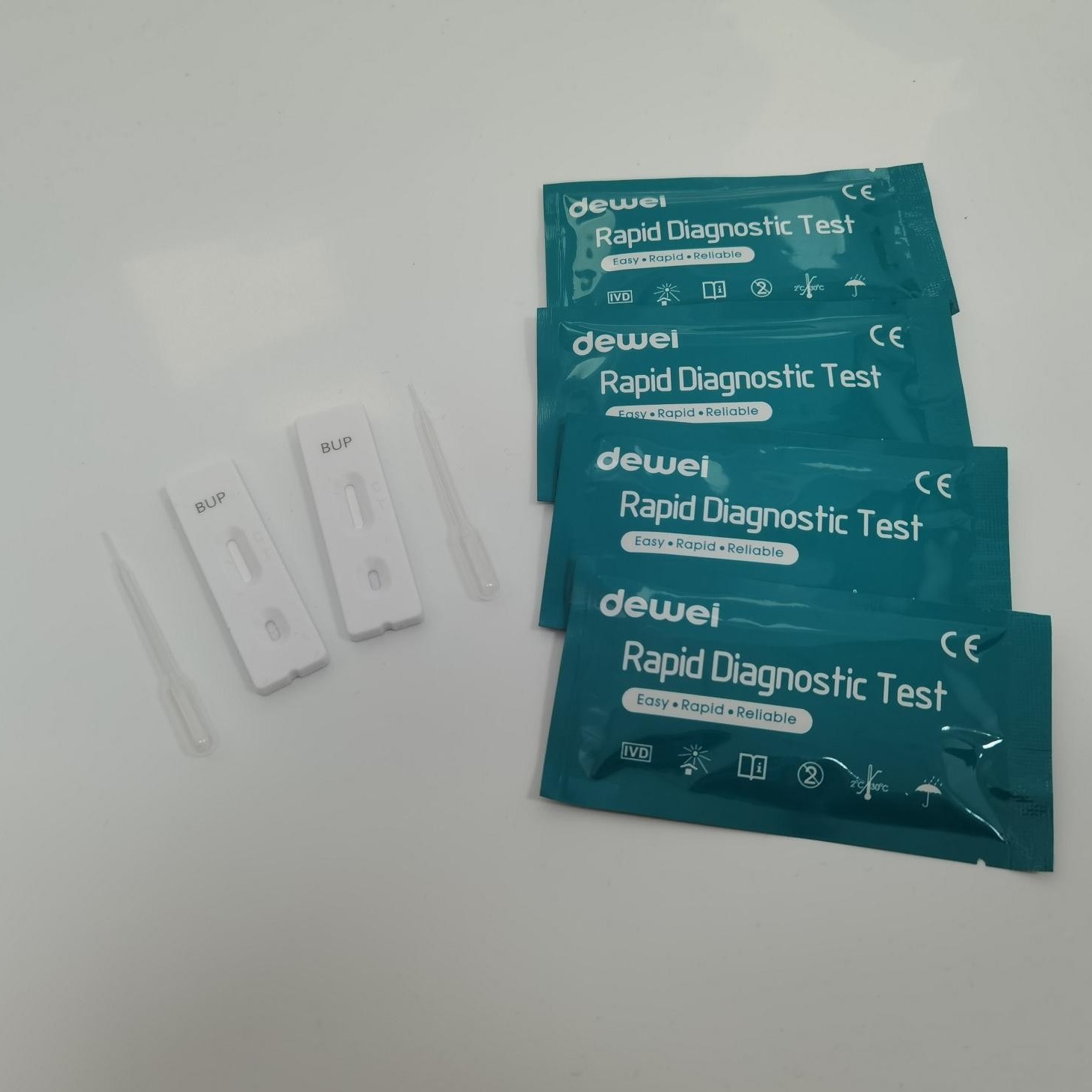 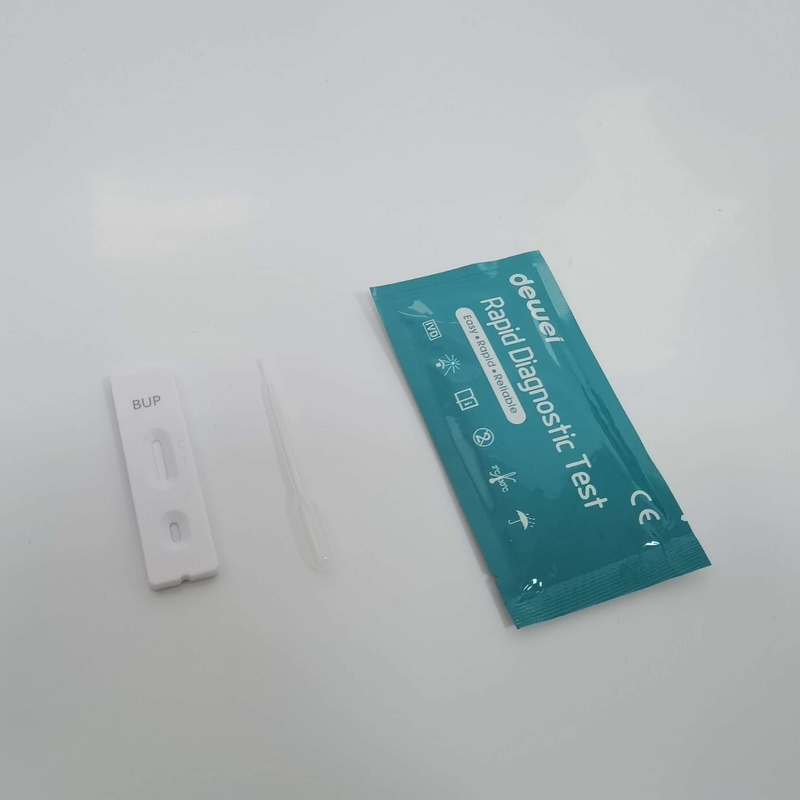 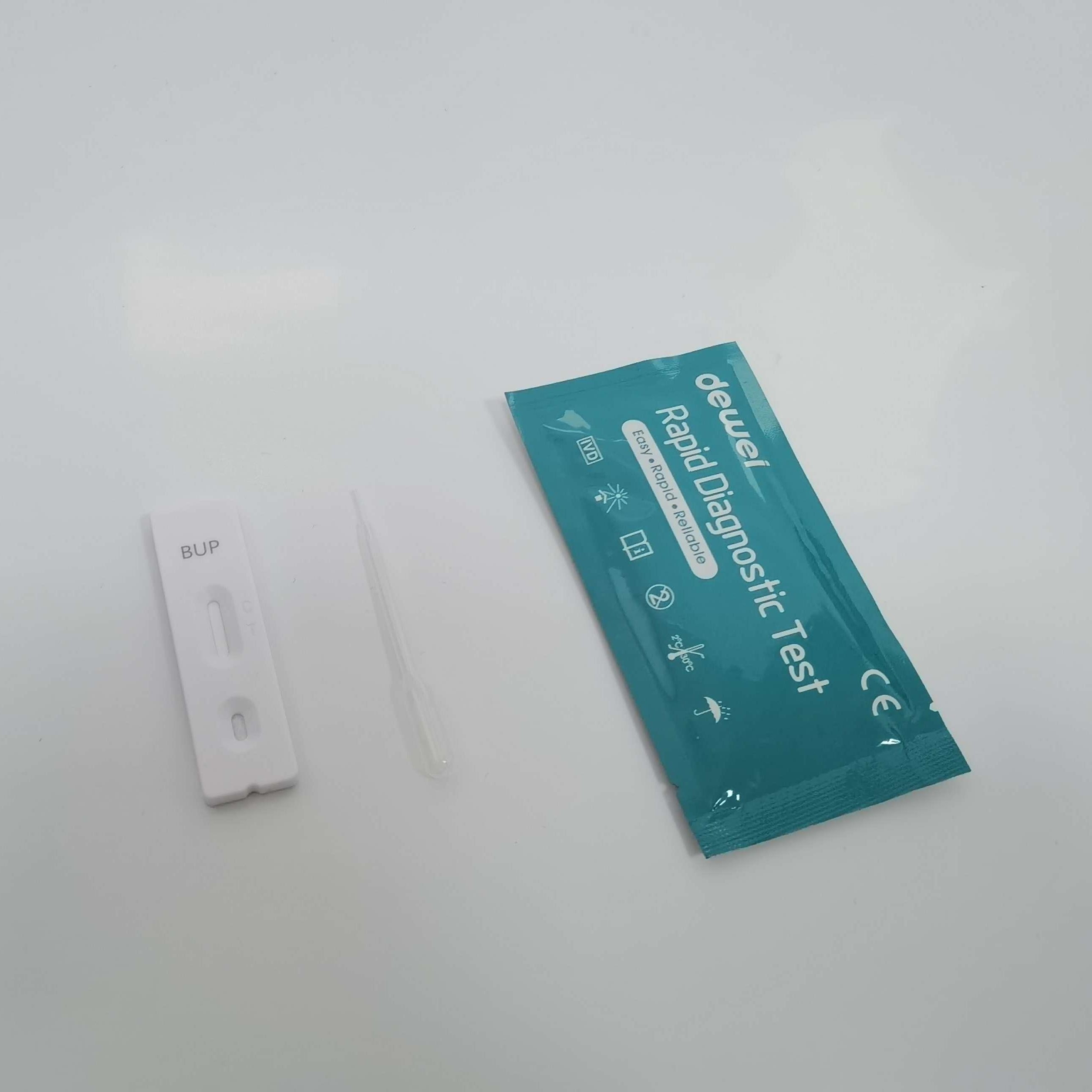 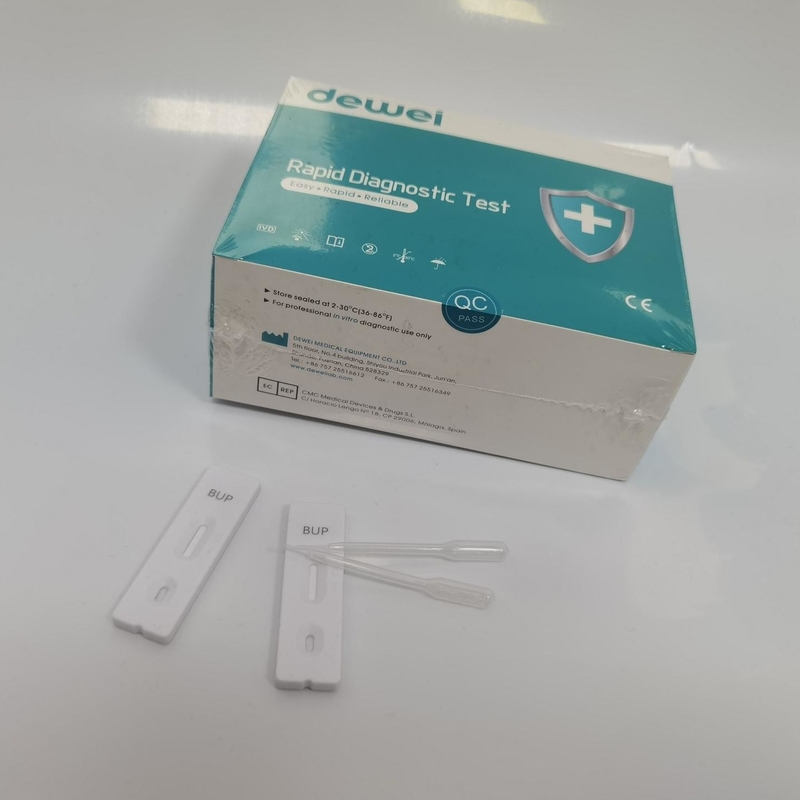 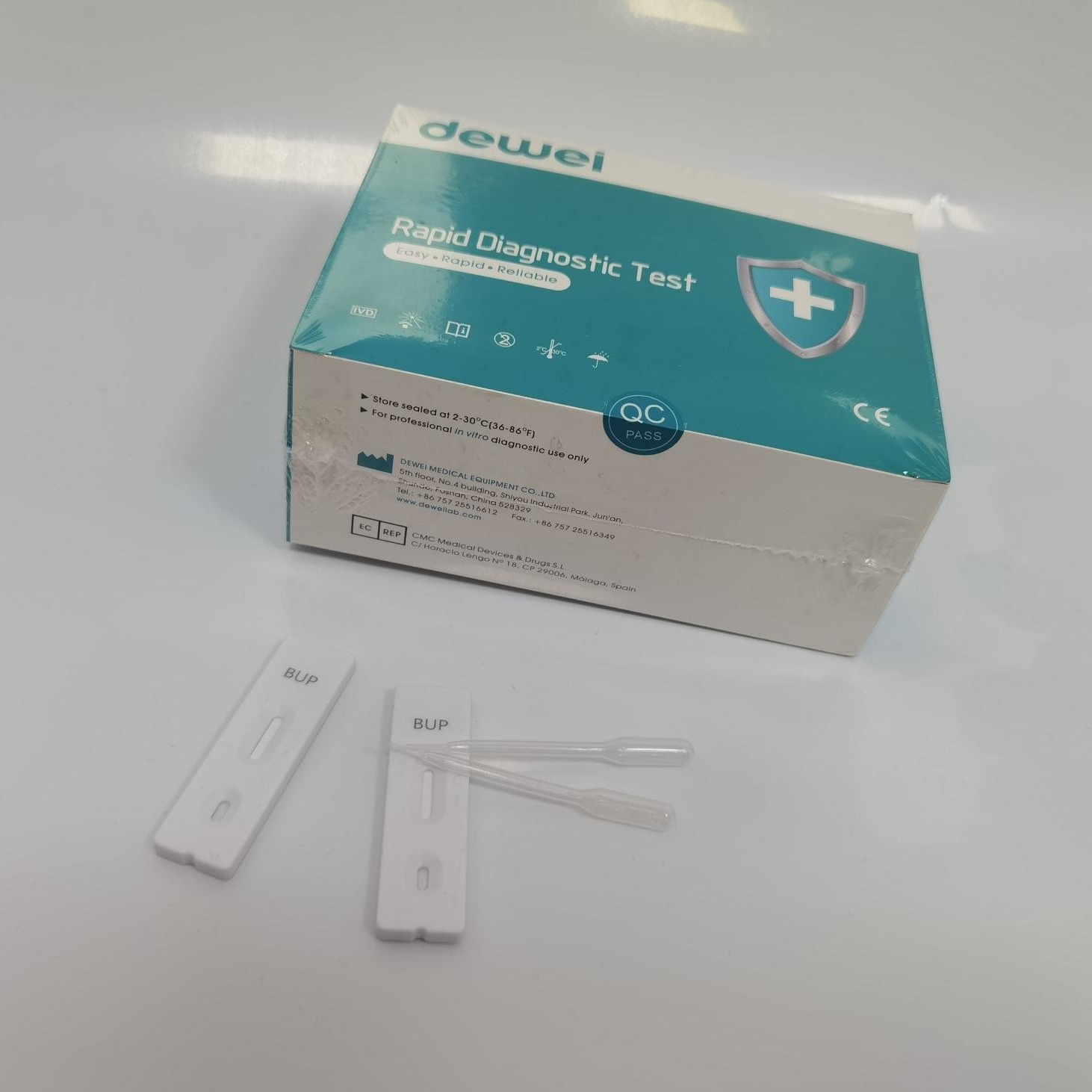 Buprenorphine(BUP) Rapid Test is a rapid, screening test for the qualitative detection of Buprenorphine and metabolites in human urine at specified cut off levels.

This assay provides only a preliminary analytical test result. Gas Chromatography/Mass spectrometry (GC/MS) is the preferred confirmatory method. Clinical consideration and professional judgment should be applied to Buprenorphine(BUP) of abuse test result, particularly when preliminary positive results are indicated.

Buprenorphine is a potent analgesic often used in the treatment of opioid addiction. The drug is sold under the trade names Subutex™, Buprenex™, Temgesic™ and Suboxone™, which contain Buprenorphine HCl alone or in combination with Naloxone HCl. Therapeutically, Buprenorphine is used as a substitution treatment for opioid addicts.Substitution treatment is a form of medical care offered to opiate addicts (primarily heroin addicts) based on a similar or identical substance to the drug normally used. In substitution therapy, Buprenorphine is as effective as Methadone but demonstrates a lower level of physical dependence. Concentrations of free Buprenorphine and Norbuprenorphine in urine may be less than 1 ng/ml after therapeutic administration, but can range up to 20 ng/ml in abuse situations.3 The plasma half life of Buprenorphine is 2-4 hours.3 While complete elimination of a single dose of the drug can take as long as 6 days, the window of detection for the parent drug in urine is thought to be approximately 3 days. Substantial abuse of Buprenorphine has also been reported in many countries where various forms of the drug are available. The drug has been diverted from legitimate channels through theft, doctor shopping, and fraudulent prescriptions, and been abused via intravenous, sublingual, intranasal and inhalation routes.

Buprenorphine(BUP) Rapid Test is a competitive immunoassay that is used to screen for the presence of Buprenorphine(BUP) and metabolites in urine. It is chromatographic absorbent device in which, drugs within a urine sample, competitively combined to a limited number of drug monoclonal antibody (mouse) conjugate binding sites.