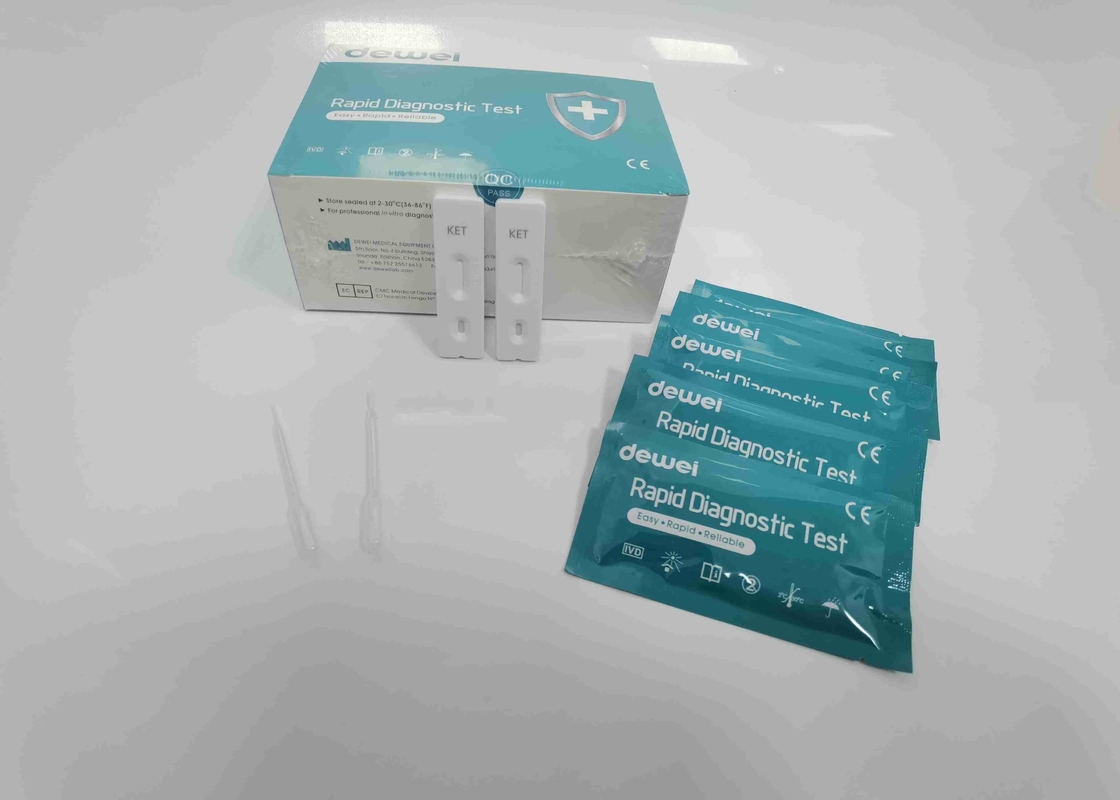 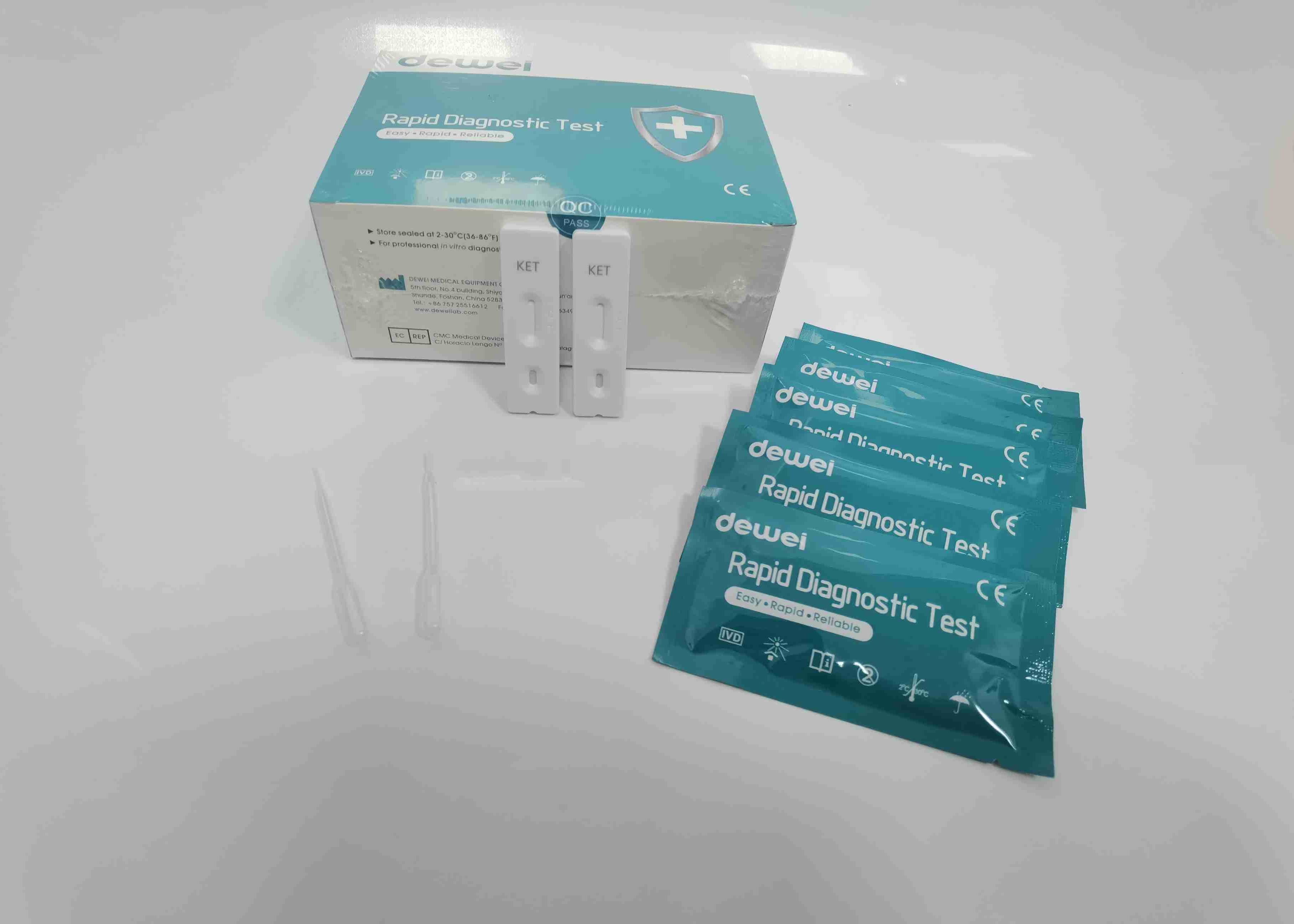 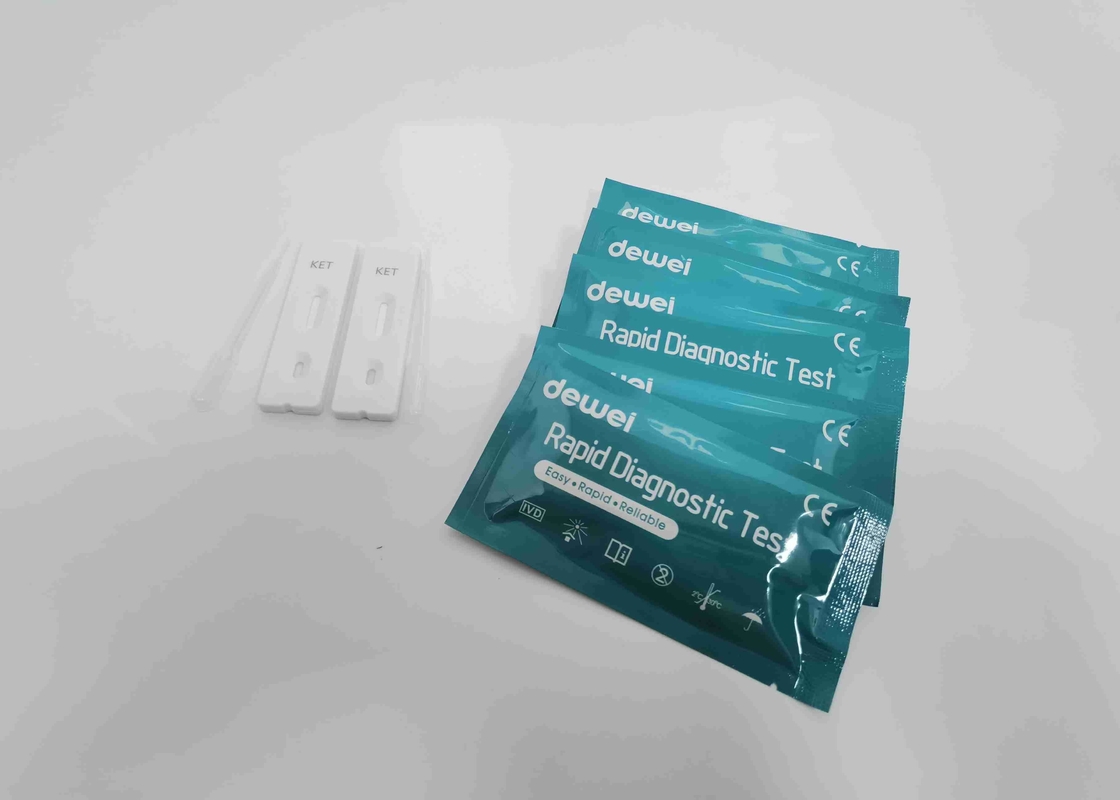 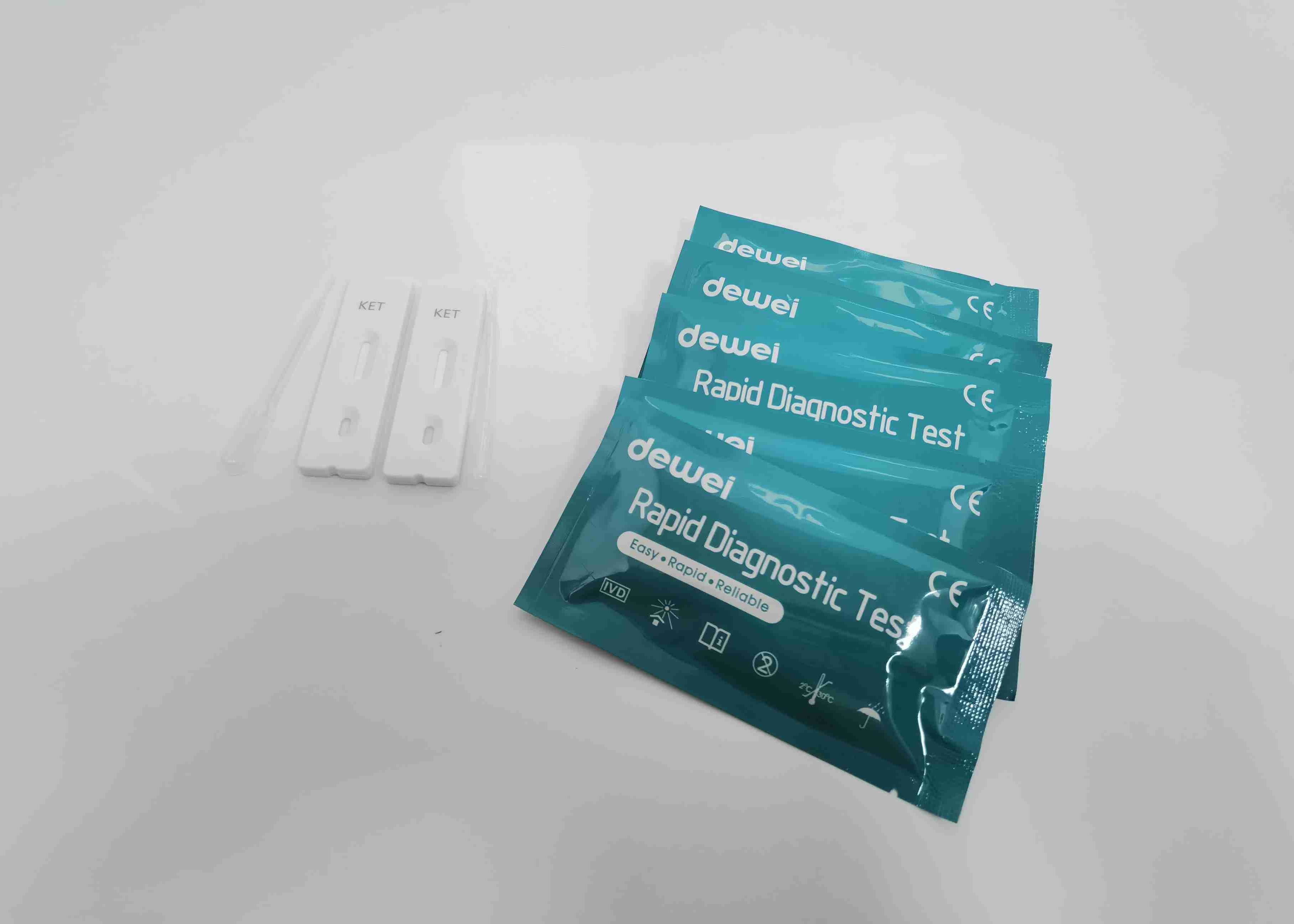 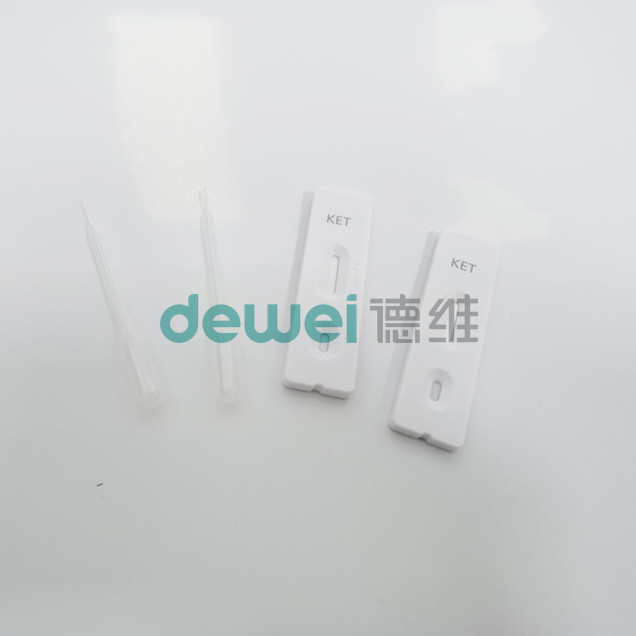 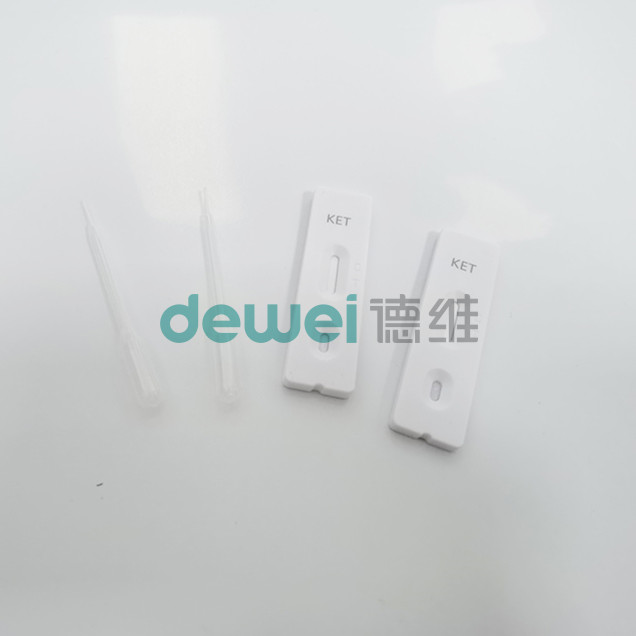 Ketamine(KET)Rapid Test is a rapid, screening test for the qualitative detection of Ketamine(KET)and metabolites in human urine at specified cut off levels.

Ketamine(KET)Rapid Test is an immuno-chromatographic assay for the qualitative determination of the presence of Ketamine(KET) listed in the table below.

This assay provides only a preliminary analytical test result. Gas Chromatography/Mass spectrometry (GC/MS) is the preferred confirmatory method. Clinical consideration and professional judgment should be applied to Ketamine(KET)) of abuse test result, particularly when preliminary positive results are indicated.

Ketamine is a dissociative anesthetic developed in 1963 to replace PCP (Phencyclidine). While Ketamine is still used in human anesthesia and veterinary medicine, it is becoming increasingly abused as a street drug. Ketamine is molecularly similar to PCP and thus creates similar effects including numbness, loss of coordination, sense of invulnerability, muscle rigidity, aggressive / violent behavior, slurred or blocked speech, exaggerated sense of strength, and a blank stare. There is depression of respiratory function but not of the central nervous system, and cardiovascular function is maintained.The effects of Ketamine generally last 4-6 hours following use. Ketamine is excreted in the urine as unchanged drug (2.3%) and metabolites (96.8%).

Ketamine(KET)Rapid Test is a competitive immunoassay that is used to screen for the presence of Ketamine(KET)and metabolites in urine. It is chromatographic absorbent device in which, drugs within a urine sample, competitively combined to a limited number of drug monoclonal antibody (mouse) conjugate binding sites.

When the test is activated, the urine is absorbed into test Cassette by capillary action, mixes with the respective drug monoclonal antibody conjugate, and flows across a pre-coated membrane. When drug within the urine sample is below the detection level of the test, respective drug monoclonal antibody conjugate binds to the respective drug-protein conjugate immobilized in the Test Region (T) of the test Cassette. This produces a colored Test line in the Test Region (T) of the Cassette, which, regardless of its intensity, indicates a negative test result.

To serve as a procedure control, a colored line will appear at the Control Region (C) of Cassette, if the test has been performed properly.