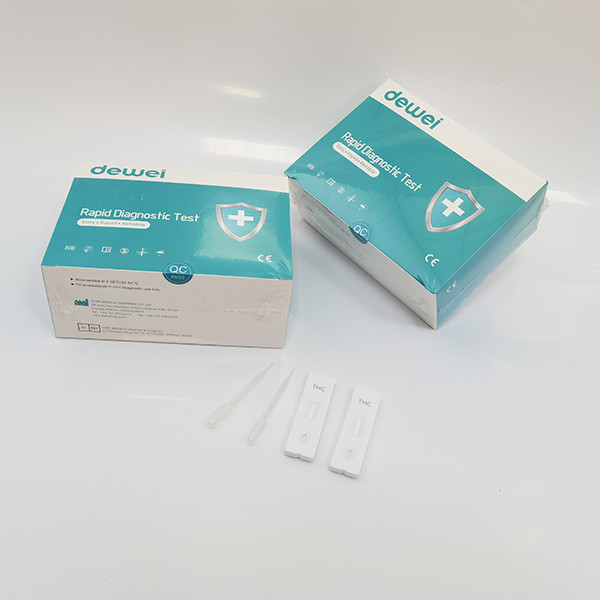 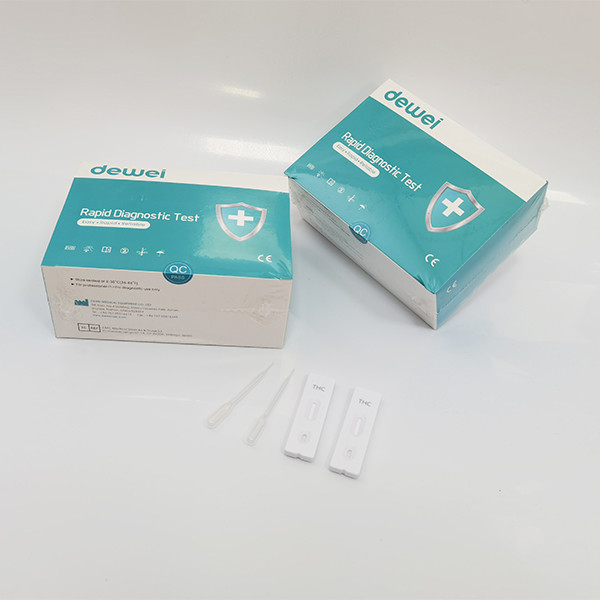 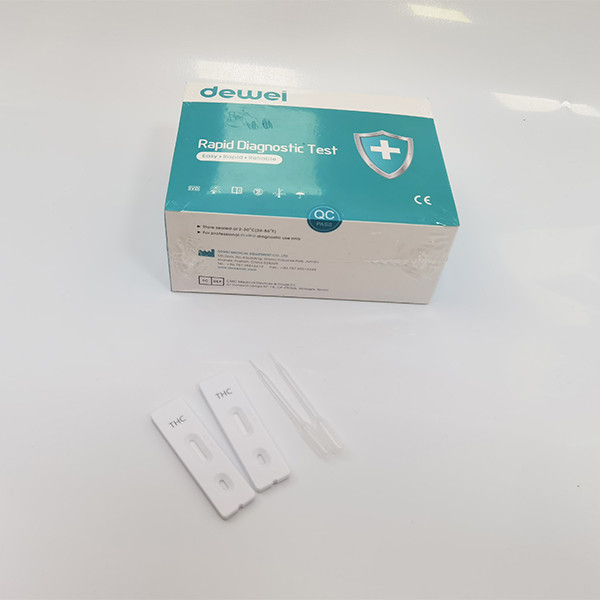 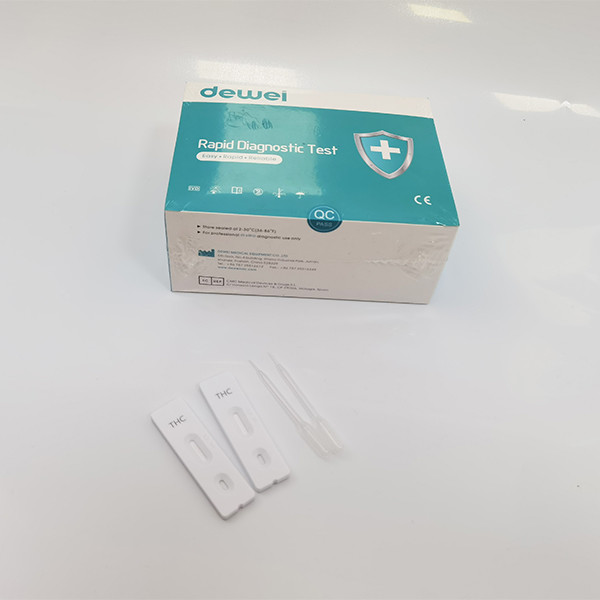 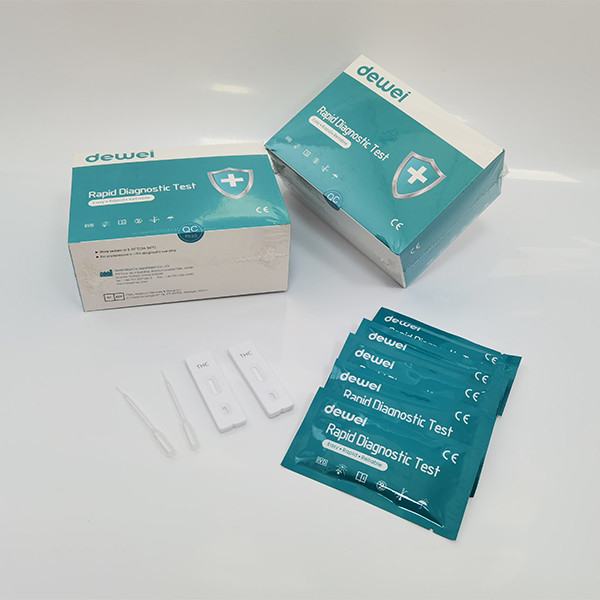 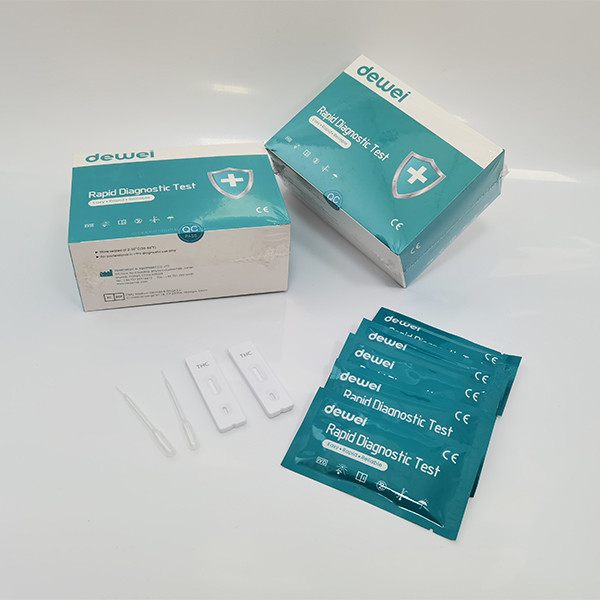 Marijuana (THC) Rapid Test is a rapid, screening test for the qualitative detection of Marijuana and metabolites in human urine at specified cut off levels.

This assay provides only a preliminary analytical test result. Gas Chromatography/Mass spectrometry (GC/MS) is the preferred confirmatory method. Clinical consideration and professional judgment should be applied to Marijuana (THC) of abuse test result, particularly when preliminary positive results are indicated.

Marijuana is a hallucinogenic agent derived from the flowering portion of the hemp plant. The active ingredients in Cannabinoids, THC & Cannabinol can be metabolized and excreted as 11-nor-Δ9-tetrahydrocannabinol-9-carboxylic acid with a half-life of 24 hours. It can be detected for 1 to 5 days after use. Smoking is the primary method of use of Cannabinoids/cannabis. Higher doses used by abusers produce central nervous system effects, altered mood and sensory perceptions, loss of coordination, impaired short-term memory, anxiety, paranoia, depression, confusion, hallucinations and increased heart rate. A tolerance to the cardiac and psychotropic effects can occur, and withdrawal syndrome produces restlessness, insomnia, anorexia and nausea.

Rapid Marijuana (THC) Test is a competitive immunoassay that is used to screen for the presence of Marijuana (THC) and metabolites in urine. It is chromatographic absorbent device in which, drugs within a urine sample, competitively combined to a limited number of drug monoclonal antibody (mouse) conjugate binding sites.