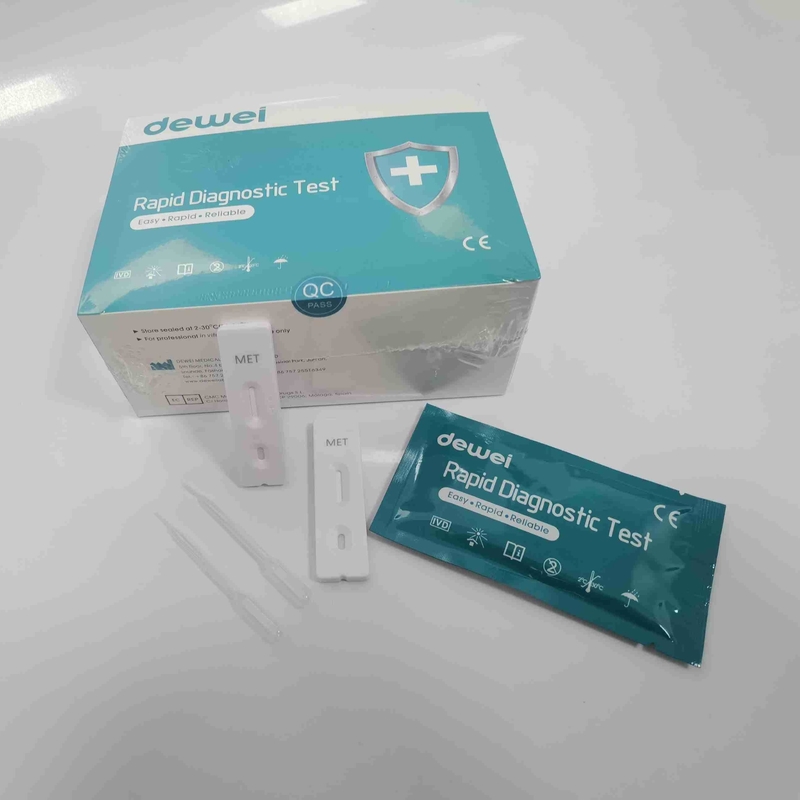 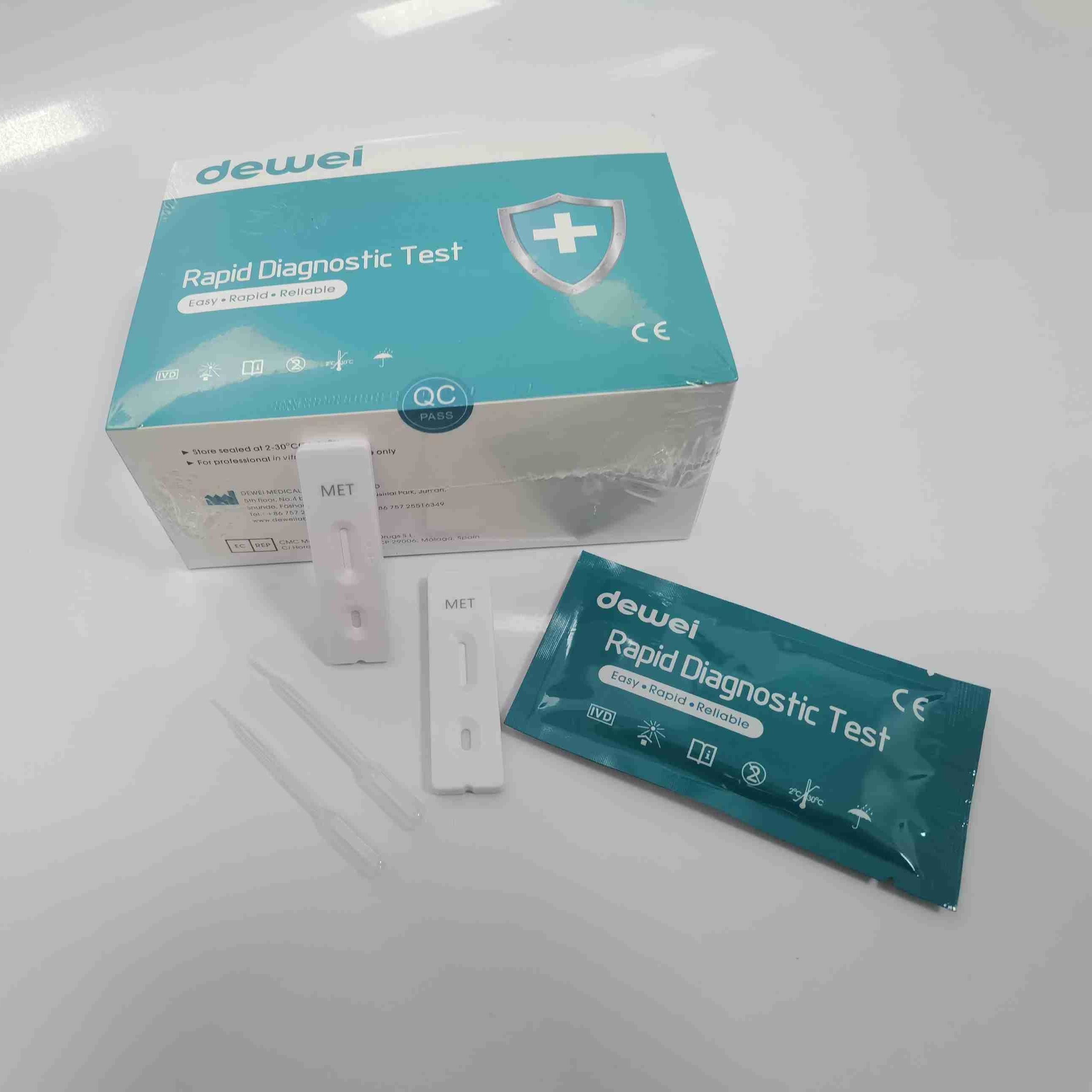 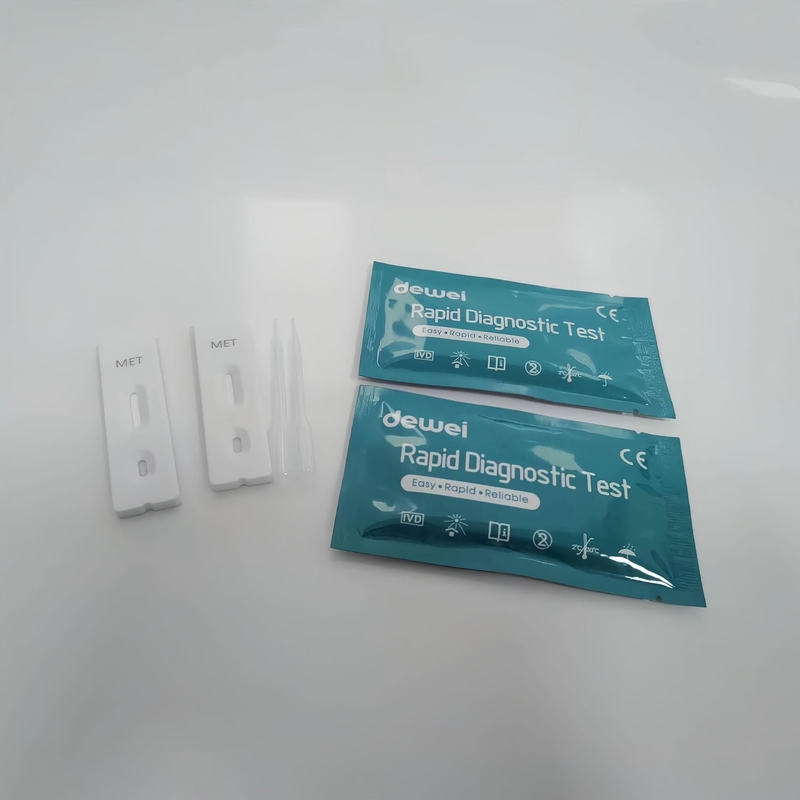 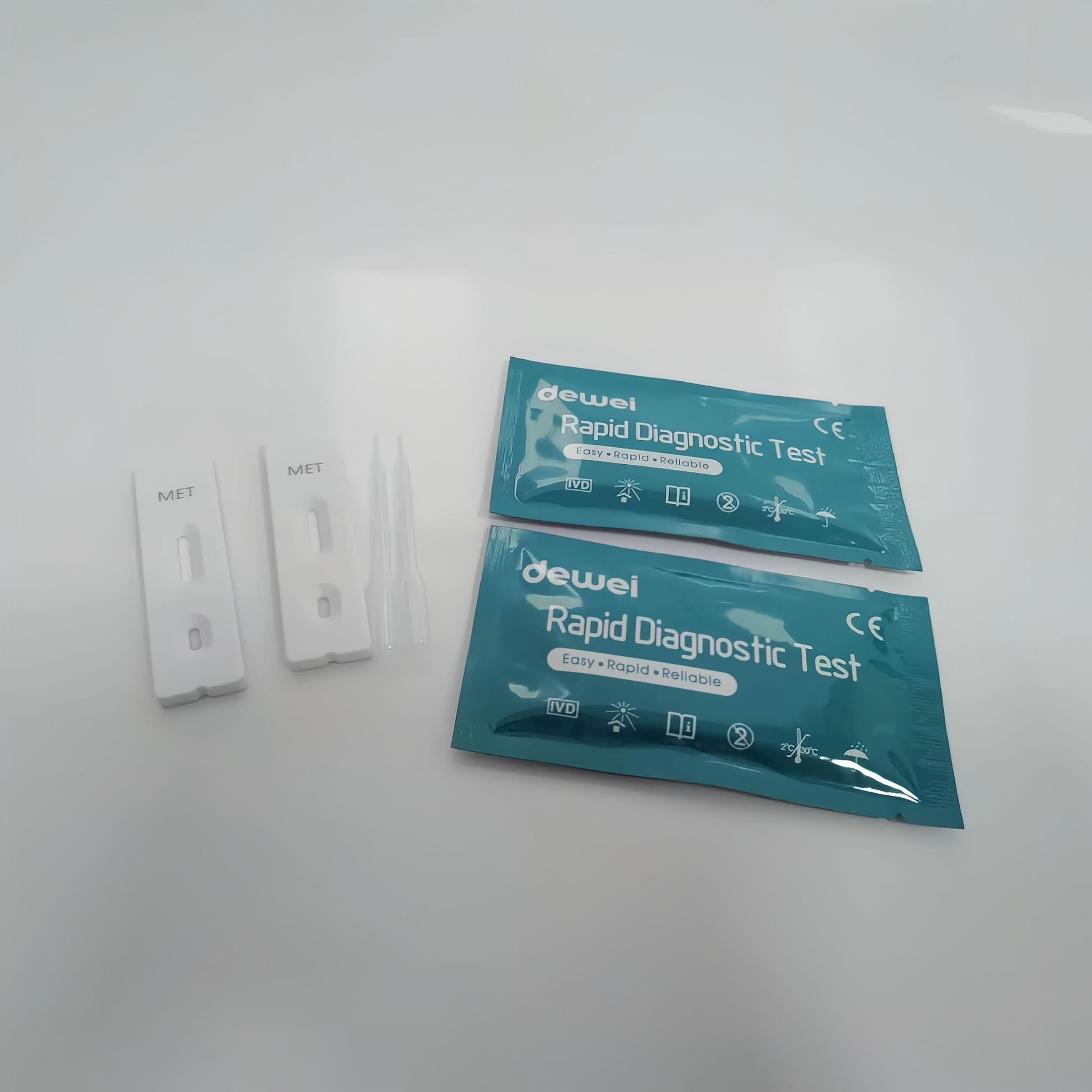 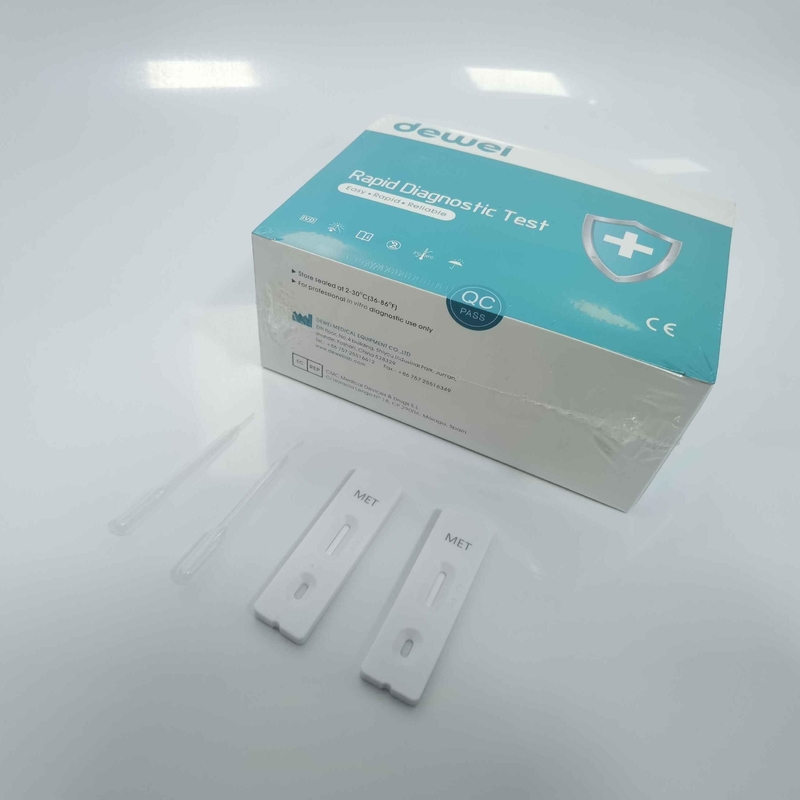 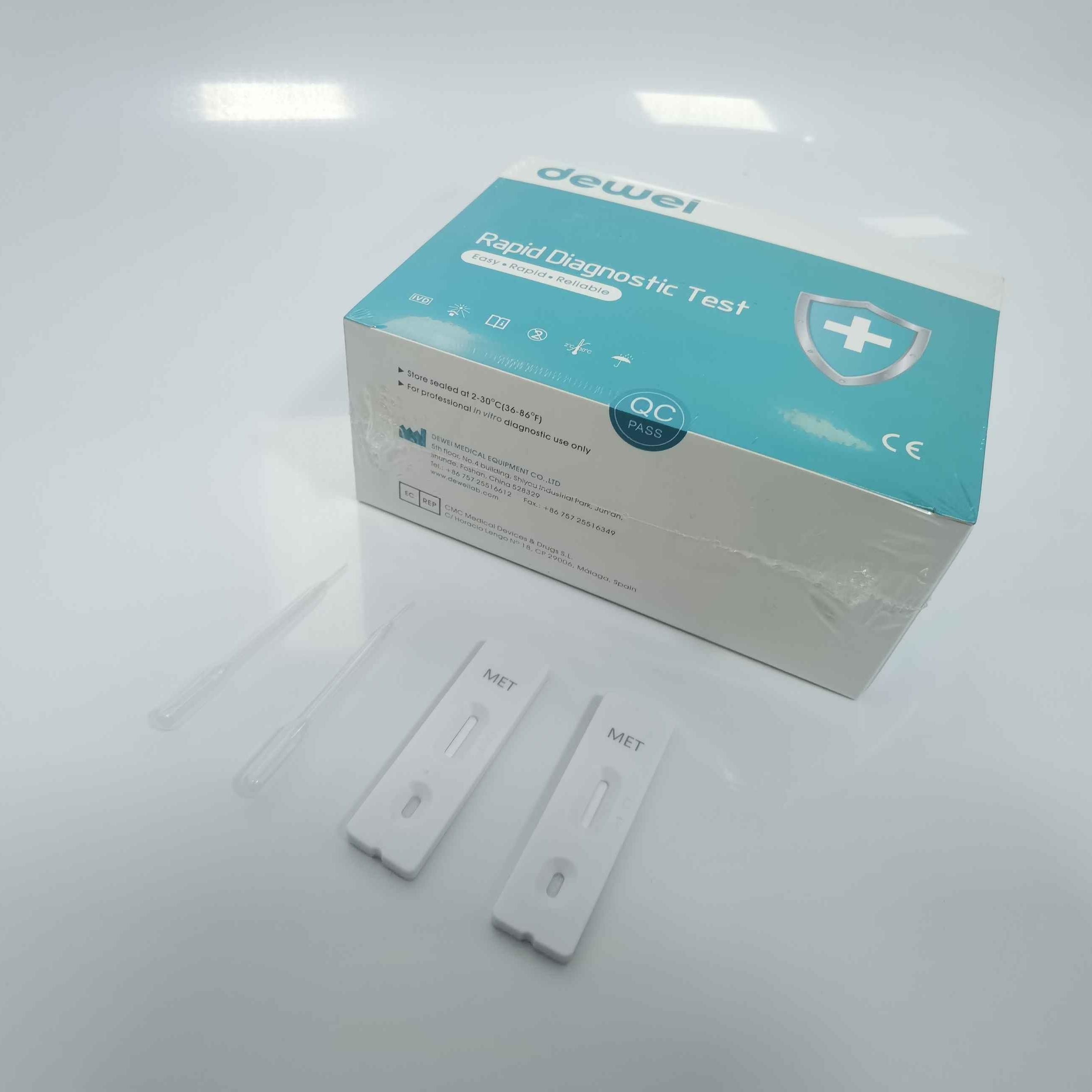 Methamphetamine (MET) Rapid Test is a rapid, screening test for the qualitative detection of Methamphetamine and metabolites in human urine at specified cut off levels.

This assay provides only a preliminary analytical test result. Gas Chromatography/Mass spectrometry (GC/MS) is the preferred confirmatory method. Clinical consideration and professional judgment should be applied to Methamphetamine (MET) of abuse test result, particularly when preliminary positive results are indicated.

Methamphetamine is a potent sympathomimetic agent with therapeutic applications. Acute higher doses lead to enhanced stimulation of the central nervous system and induce euphoria, alertness, and a sense of increased energy and power. More acute responses produce anxiety, paranoia, psychotic behavior, and cardiac dysrhythmias. The pattern of psychosis which may appear at half-life of about 15 hours is excreted in urine as amphetamine and oxidized as deaminated and hydroxylated derivatives. However, 40% of methamphetamine is excreted unchanged. Thus the presence of the parent compound in the urine indicates methamphetamine use.

Methamphetamine (MET) Rapid Test is a competitive immunoassay that is used to screen for the presence of Methamphetamine (MET) and metabolites in urine. It is chromatographic absorbent device in which, drugs within a urine sample, competitively combined to a limited number of drug monoclonal antibody (mouse) conjugate binding sites.

When the test is activated, the urine is absorbed into test by capillary action, mixes with the respective drug monoclonal antibody conjugate, and flows across a pre-coated membrane. When drug within the urine sample is below the detection level of the test, respective drug monoclonal antibody conjugate binds to the respective drug-protein conjugate immobilized in the Test Region (T) of the test . This produces a colored Test line in the Test Region (T) of the , which, regardless of its intensity, indicates a negative test result.

To serve as a procedure control, a colored line will appear at the Control Region (C) of , if the test has been performed properly.