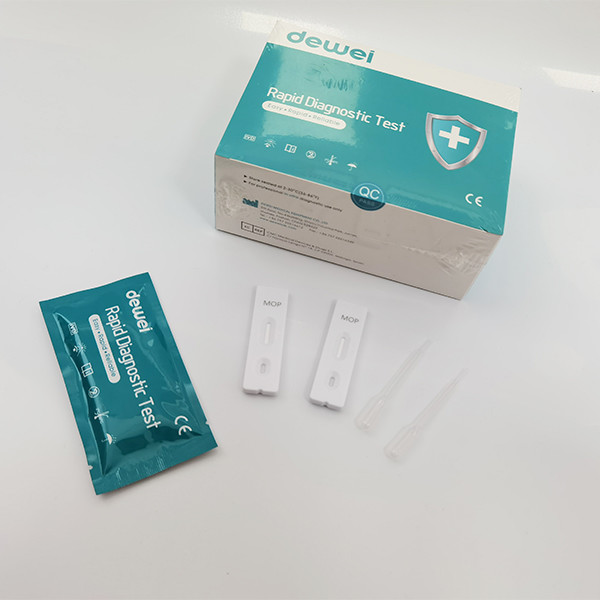 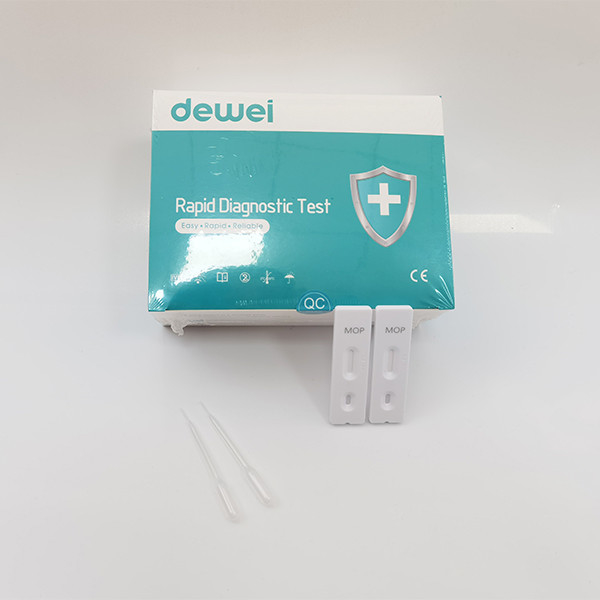 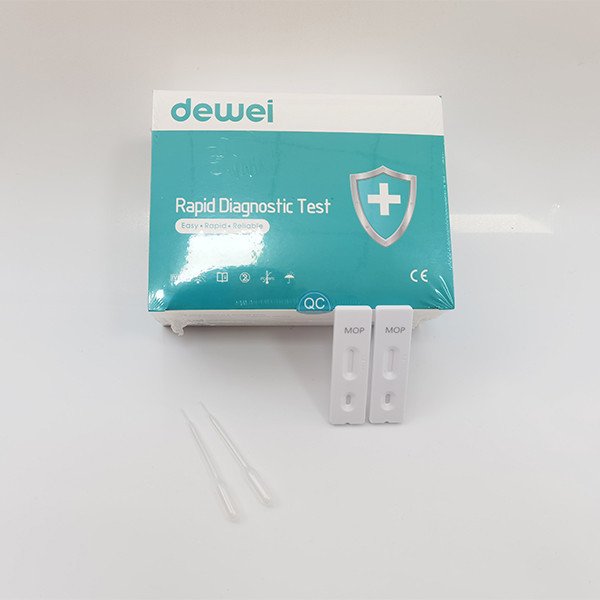 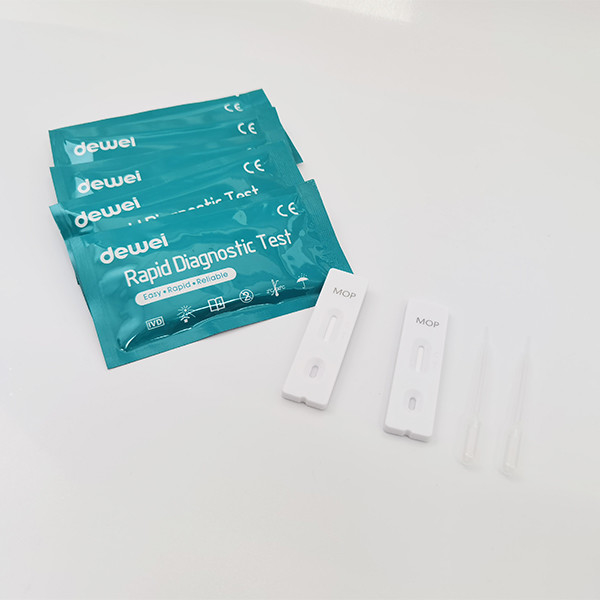 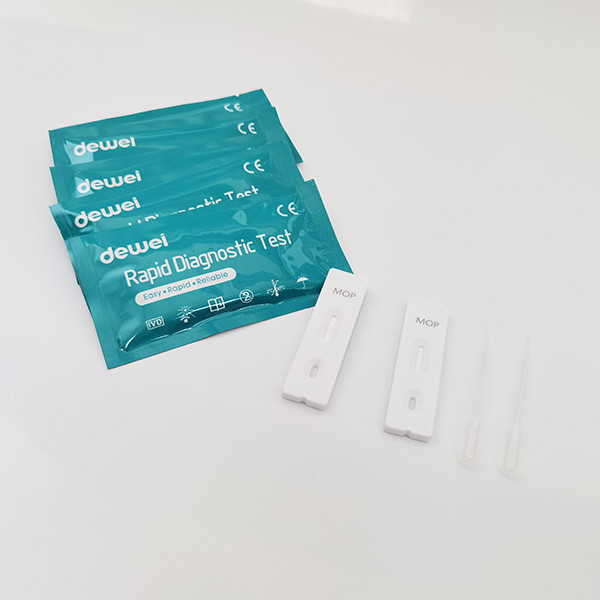 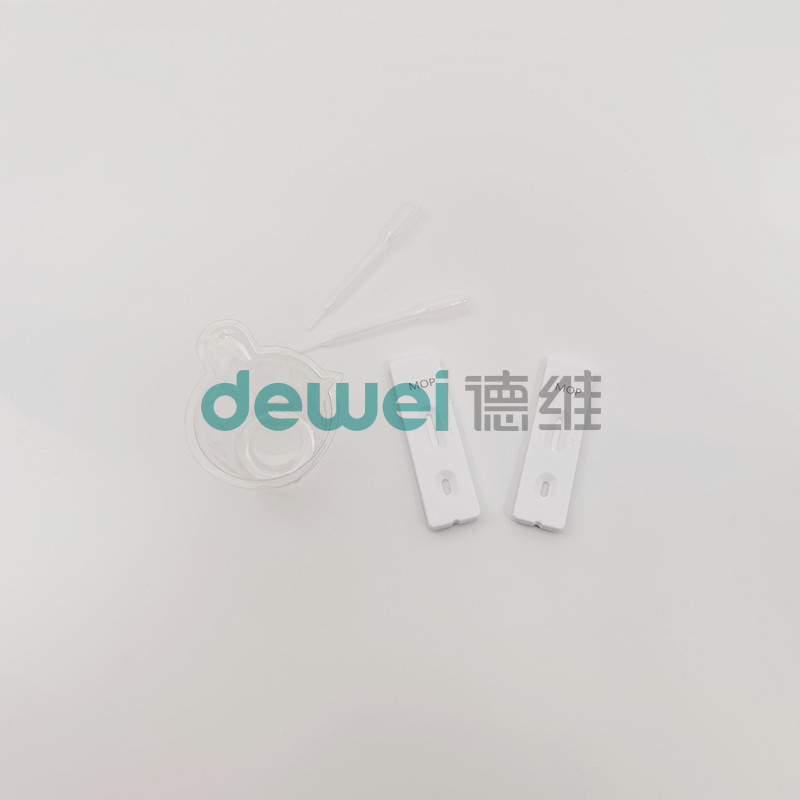 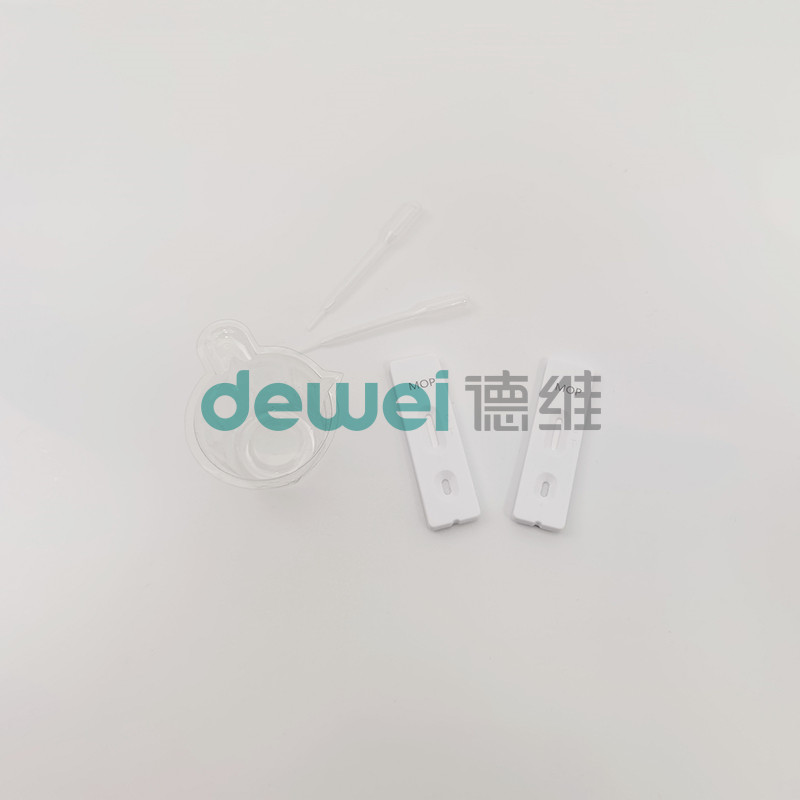 Morphine (MOP300) Rapid Test is a rapid, screening test for the qualitative detection ofMorphine and metabolites in human urine at specified cut oflevels.

This assay provides only a preliminary analytical test result. Gas Chromatography/Mass spectrometry (GC/MS) is the preferred confirmatory method. Clinical consideration and professional judgment should be applied to Morphine (MOP300) of abuse test result, particularly when preliminary positive results are indicated.

Opiates refer to any drug that is derived from the opium poppy, including the natural products, morphine and codeine, and the semi-synthetic drugs such as heroin. Opiates exert their effects on the central nervous system and organs containing smooth muscle. Opiates manifest their presence by analgesia, drowsiness, euphoria, lowering of body temperature, respiratory depression, blockade of adrenocortical response. The major pathways of elimination are kidneys (urine) and the liver where it is conjugated to glucuronic acid. Opiates and their metabolites can be detected in urine as result of heroin, morphine, codeine or poppy seed intake. One Step Multi-drug Test Cup yields a positive result when the concentration of Opiates in urine exceeds 300ng/mL.

Morphine (MOP300) Rapid Test is a competitive immunoassay that is used to screen for the presence of Morphine (MOP300) and metabolites in urine. It is chromatographic absorbent device in which, drugs within a urine sample, competitively combined to a limited number of drug monoclonal antibody (mouse) conjugate binding sites.

To serve as a procedure control, a colored line will appear at the Control Region (C) of Test , if the test has been performed properly.