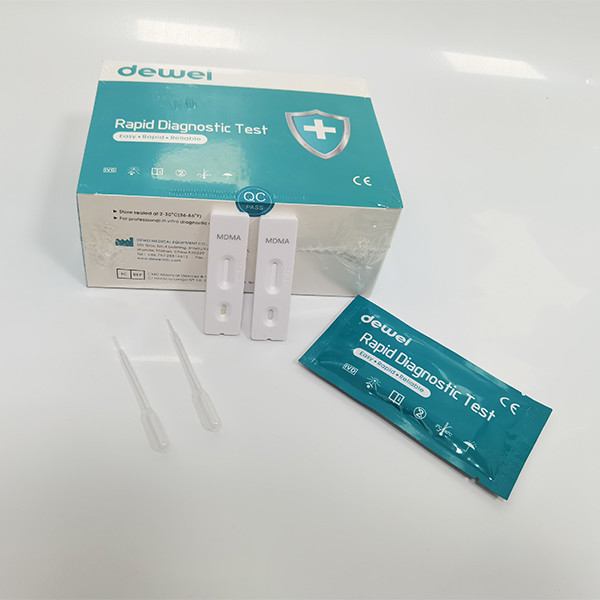 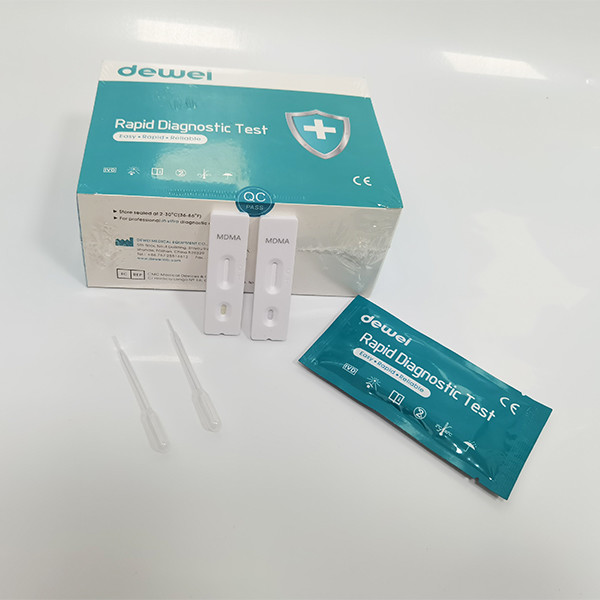 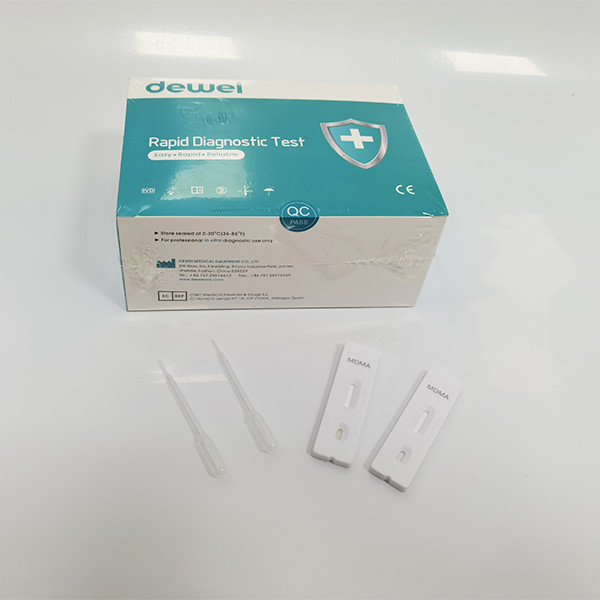 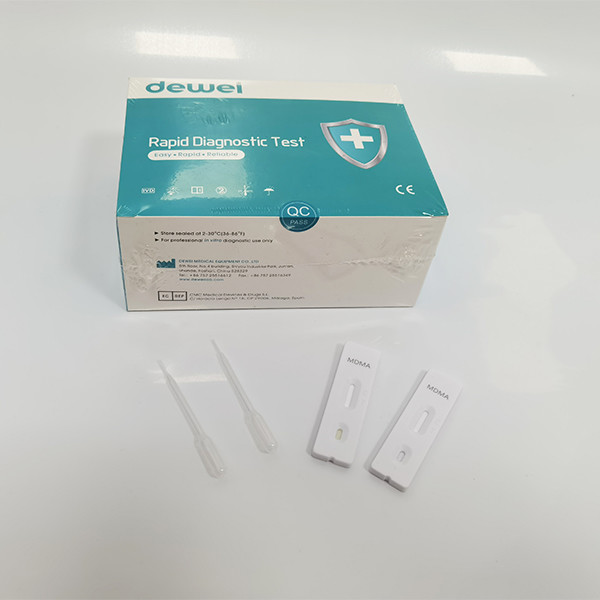 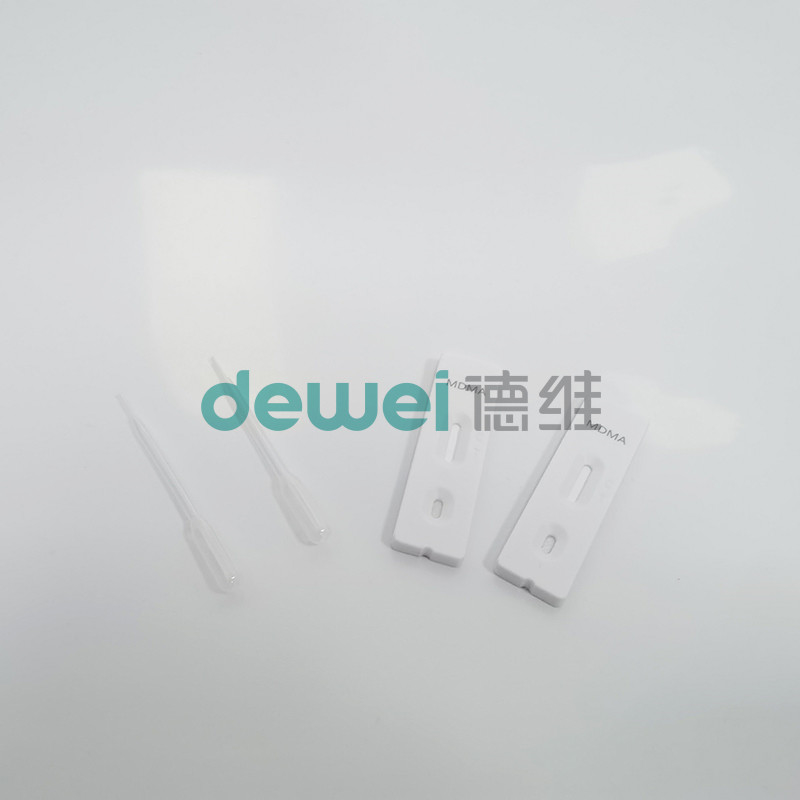 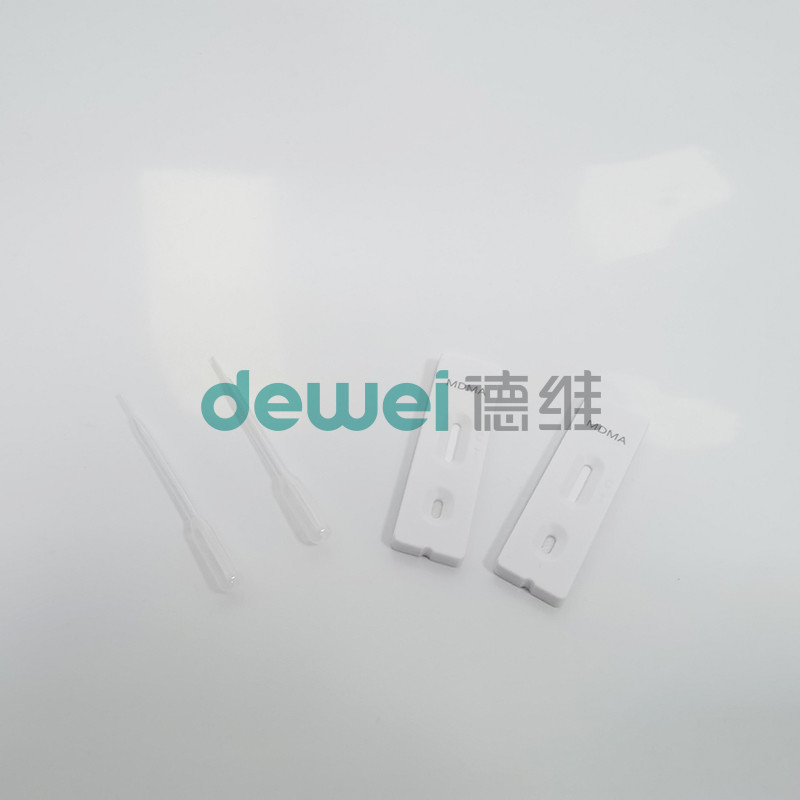 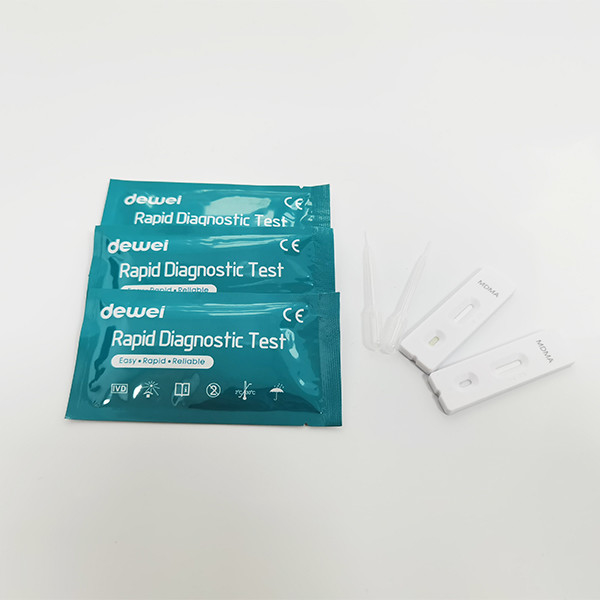 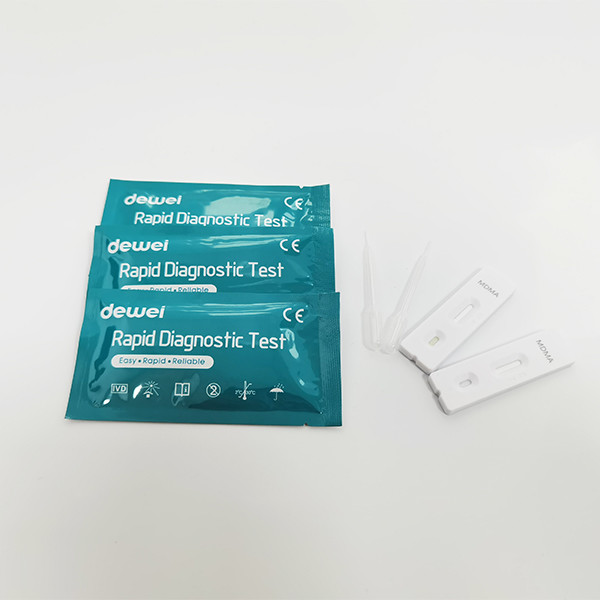 MDMA belongs to a family of man-made drugs. Its relatives include MDA (methylenedioxyamphetamine), and MDEA (methylenedioxyethylamphetamine). They all share the amphetamine-like effects. MDMA is a stimulant with hallucinogenic tendencies described as an empathogen as it releases mood-altering chemicals, such as cartooning and L-dopa, and may generate feelings of love and friendliness. The adverse effects of MDMA use include elevated blood pressure, hyperthermia, anxiety, paranoia and insomnia . MDMA is administered either by oral ingestion or intravenous injection. The effects of MDMA begin 30 minutes after intake, peak in an hour and last for 2 – 3 hours.

Methylenedioxymethamphetamine-ecstasy (MDMA) Rapid Test is a competitive immunoassay that is used to screen for the presence of Methylenedioxymethamphetamine-ecstasy (MDMA) and metabolites in urine. It is chromatographic absorbent device in which, drugs within a urine sample, competitively combined to a limited number of drug monoclonal antibody (mouse) conjugate binding sites.

When the test is activated, the urine is absorbed into test by capillary action, mixes with the respective drug monoclonal antibody conjugate, and flows across a pre-coated membrane. When drug within the urine sample is below the detection level of the test, respective drug monoclonal antibody conjugate binds to the respective drug-protein conjugate immobilized in the Test Region (T) of the test . This produces a colored Test line in the Test Region (T) of the , which, regardless of its intensity, indicates a negative test result.

To serve as a procedure control, a colored line will appear at the Control Region (C) of , if the test has been performed properly.