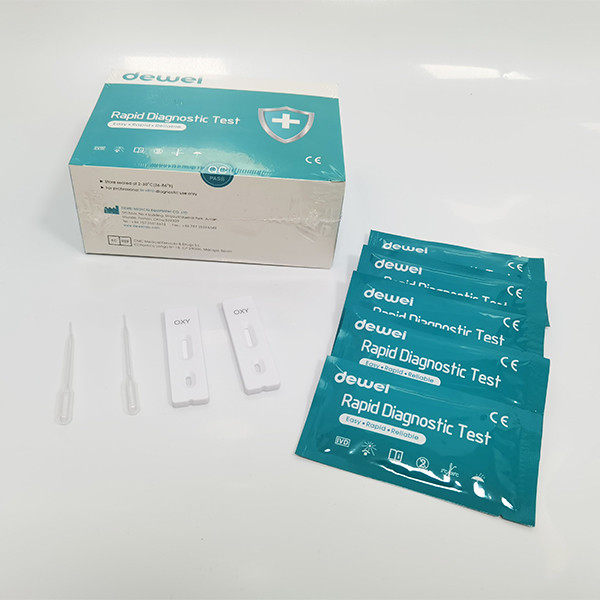 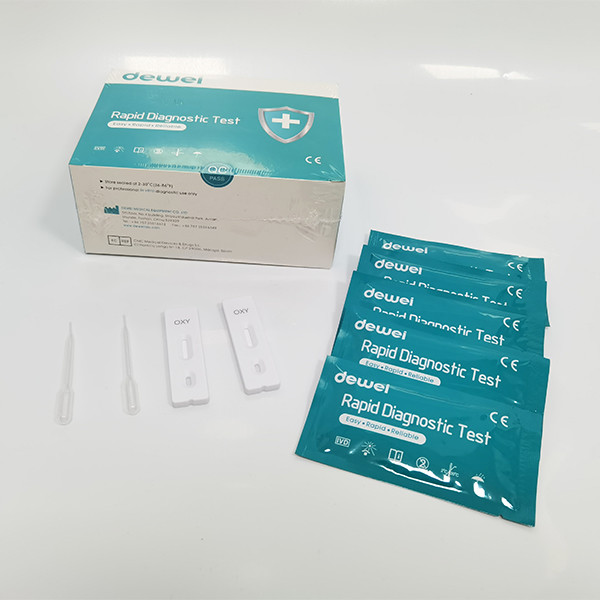 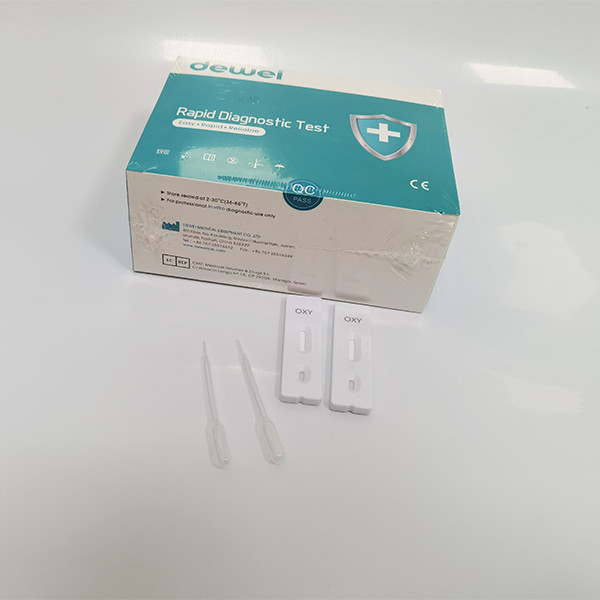 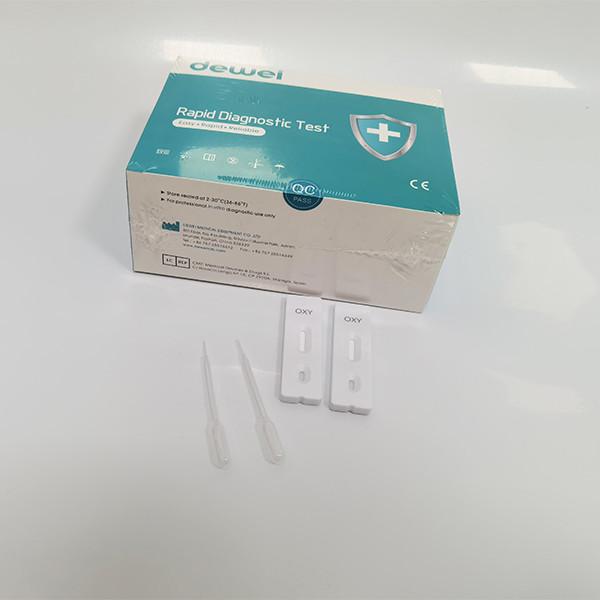 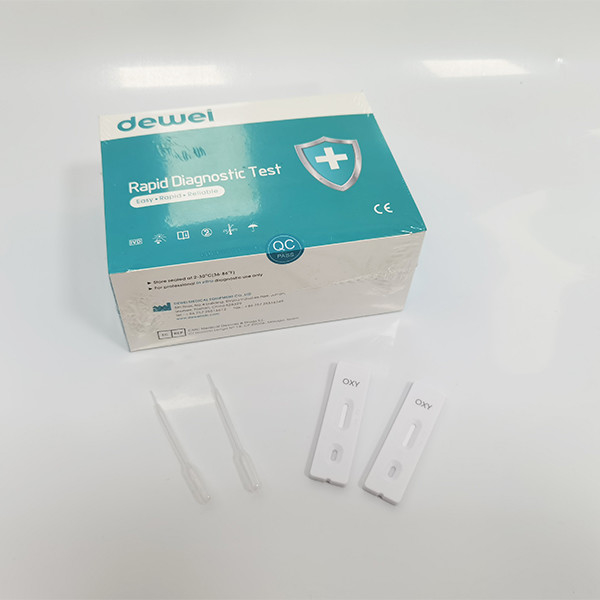 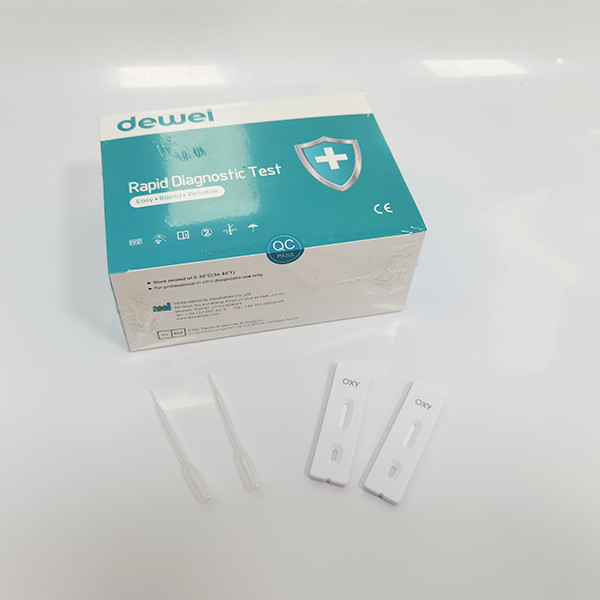 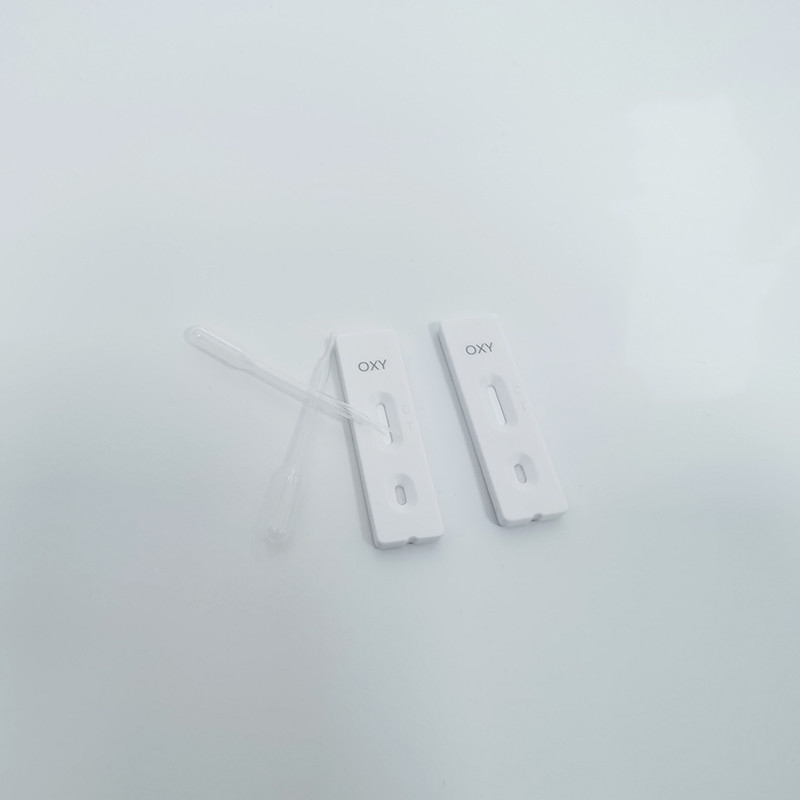 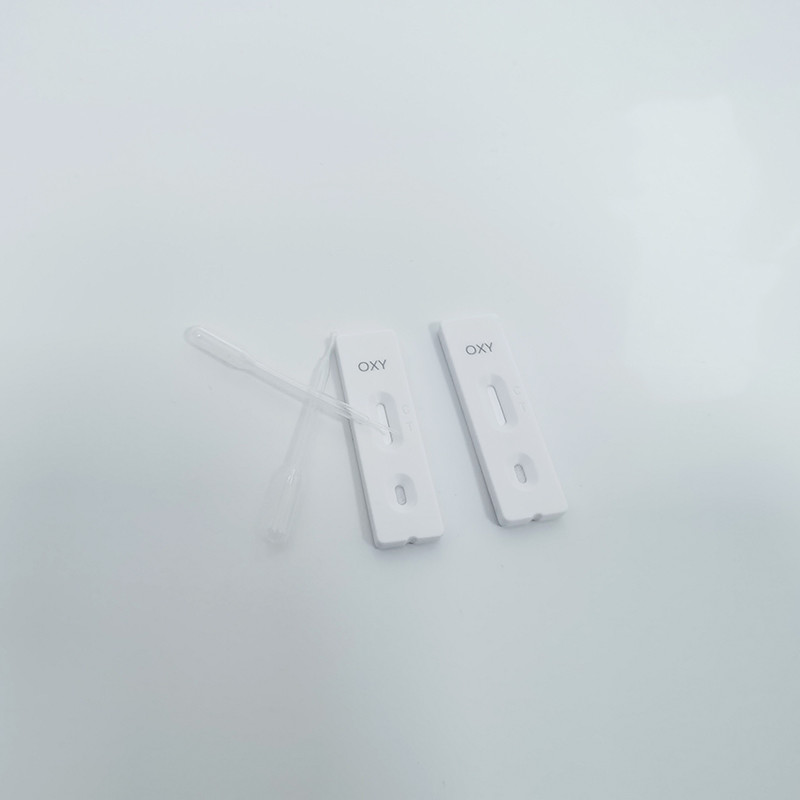 Oxycodone (OXY) Rapid Test is a rapid, screening test for the qualitative detection of Oxycodone and metabolites in human urine at specified cut oflevels.

Oxycodone (OXY) Rapid Test is an immuno-chromatographic assay for the qualitative determination of the presence of Oxycodone (OXY) listed in the table below.

This assay provides only a preliminary analytical test result. Gas Chromatography/Mass spectrometry (GC/MS) is the preferred confirmatory method. Clinical consideration and professional judgment should be applied to Oxycodone (OXY) of abuse test result, particularly when preliminary positive results are indicated.

Oxycodone is an analgesic, which works by depressing the central nervous system. Oxycodone is abused for its opiate-like effects. In addition to its equal potency to morphine in analgesic effects, it is also equipotent to morphine in relieving abstinence symptoms from chronic opiate (heroin, morphine) use. For this reason, it is often used to alleviate or prevent the onset of opiate withdrawal by street users of heroin and methadone. The drug is most often administered orally. Like other opiates, Oxycodone can also depress the respiratory system resulting in suffocation and death when overdosed. Oxycodone is very addictive, both physically and psychologically. Some physical indications of Oxycodone abuse include extreme loss of appetite and weight, cramps, nausea, vomiting, excessive scratching and complaint of itching, excessive sweating, constipation, pin-point pupils and watery eyes, reduced vision, drowsiness, euphoria, trance-like states, excessive thirst, tremors, twitching, irritability, hallucinations and lethargy.

Oxycodone (OXY) Rapid Test is a competitive immunoassay that is used to screen for the presence of Oxycodone (OXY) and metabolites in urine. It is chromatographic absorbent device in which, drugs within a urine sample, competitively combined to a limited number of drug monoclonal antibody (mouse) conjugate binding sites.