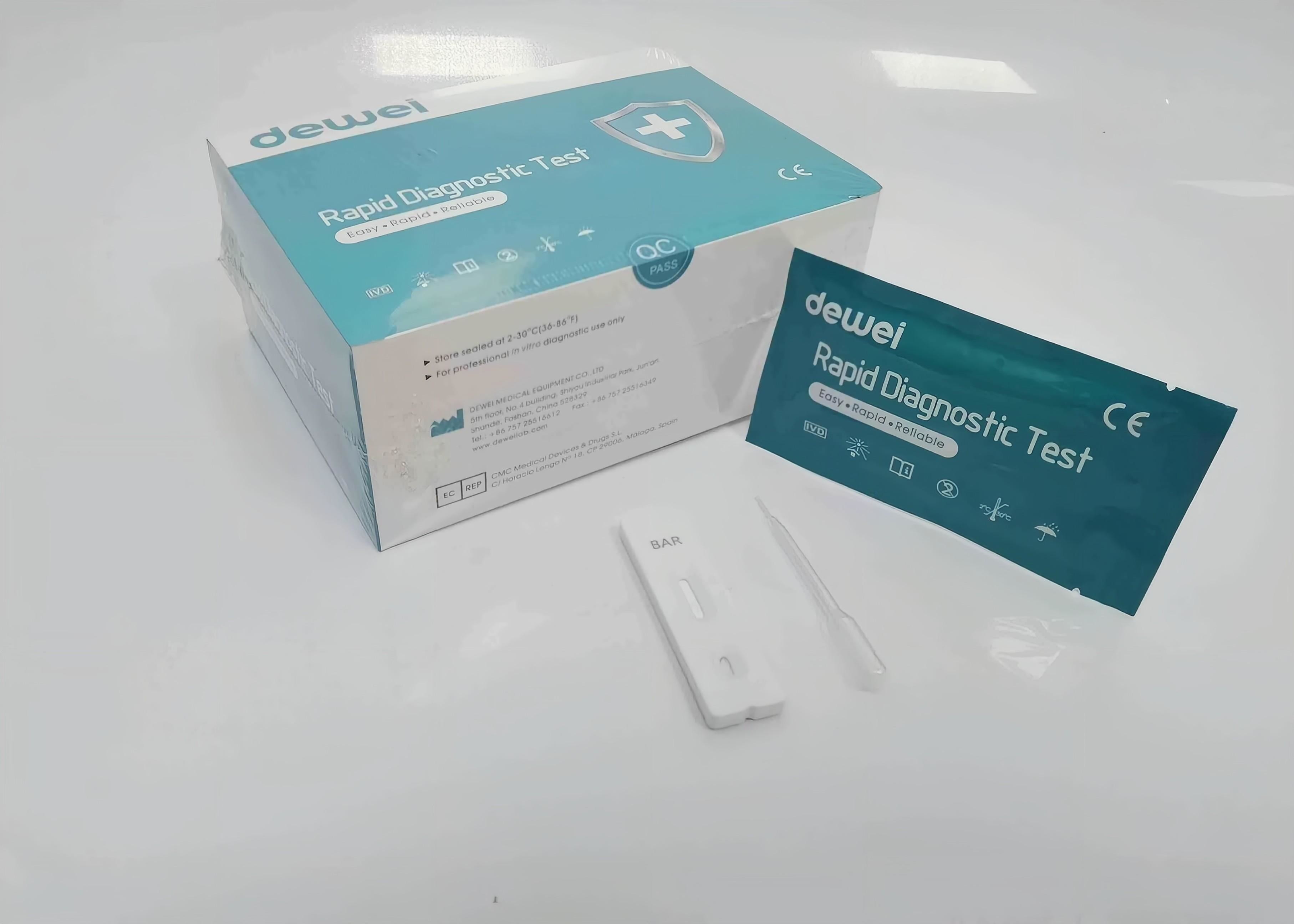 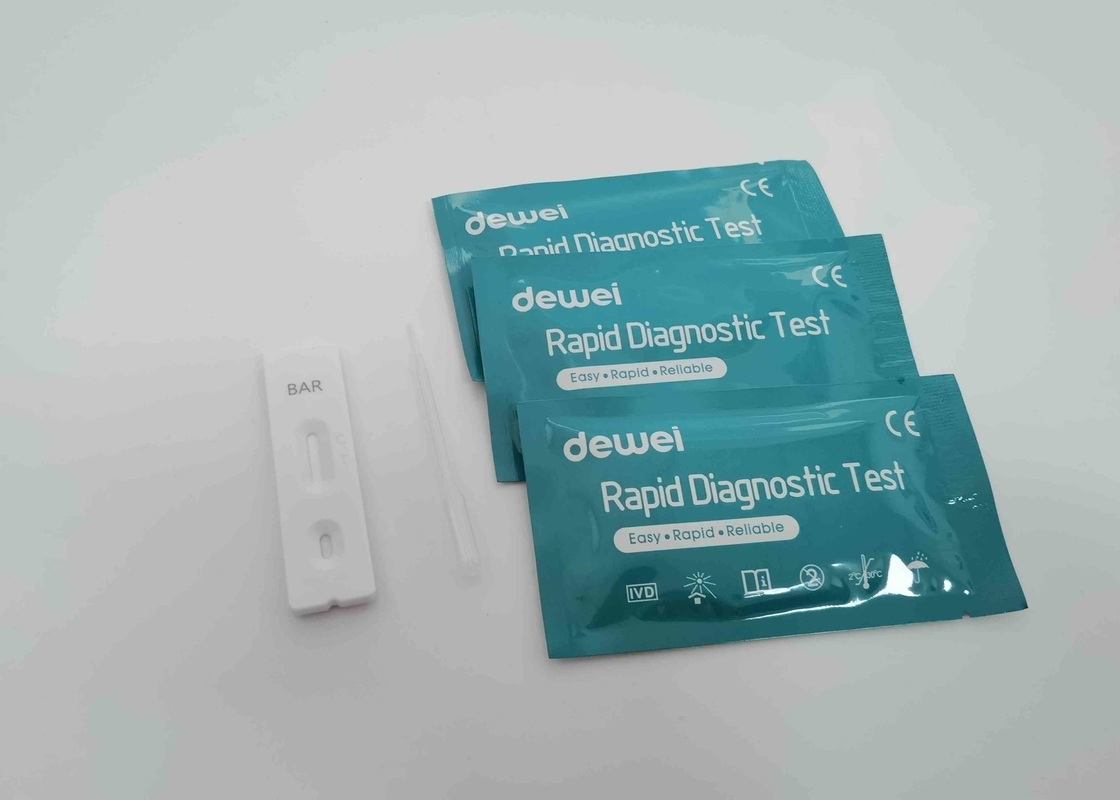 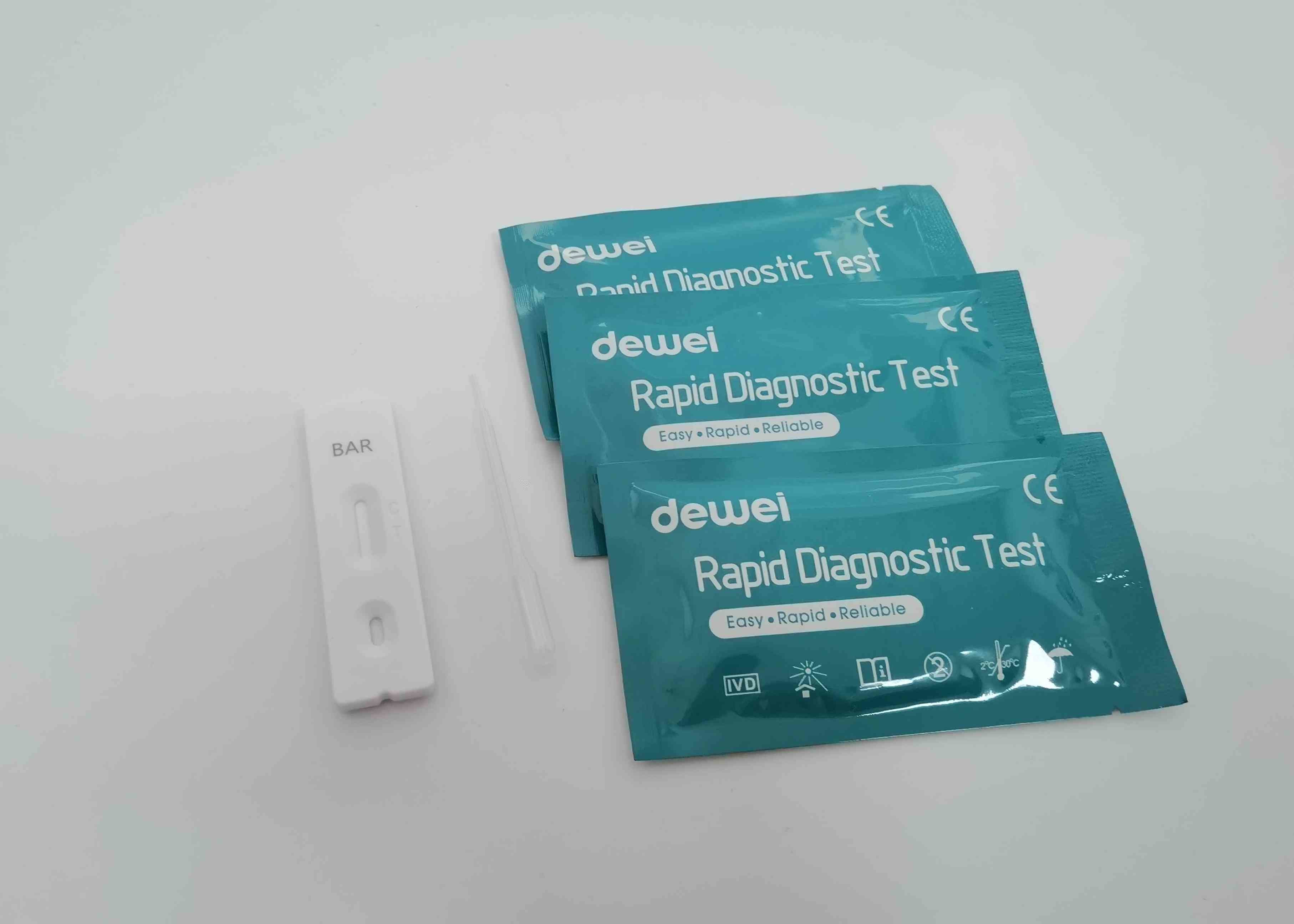 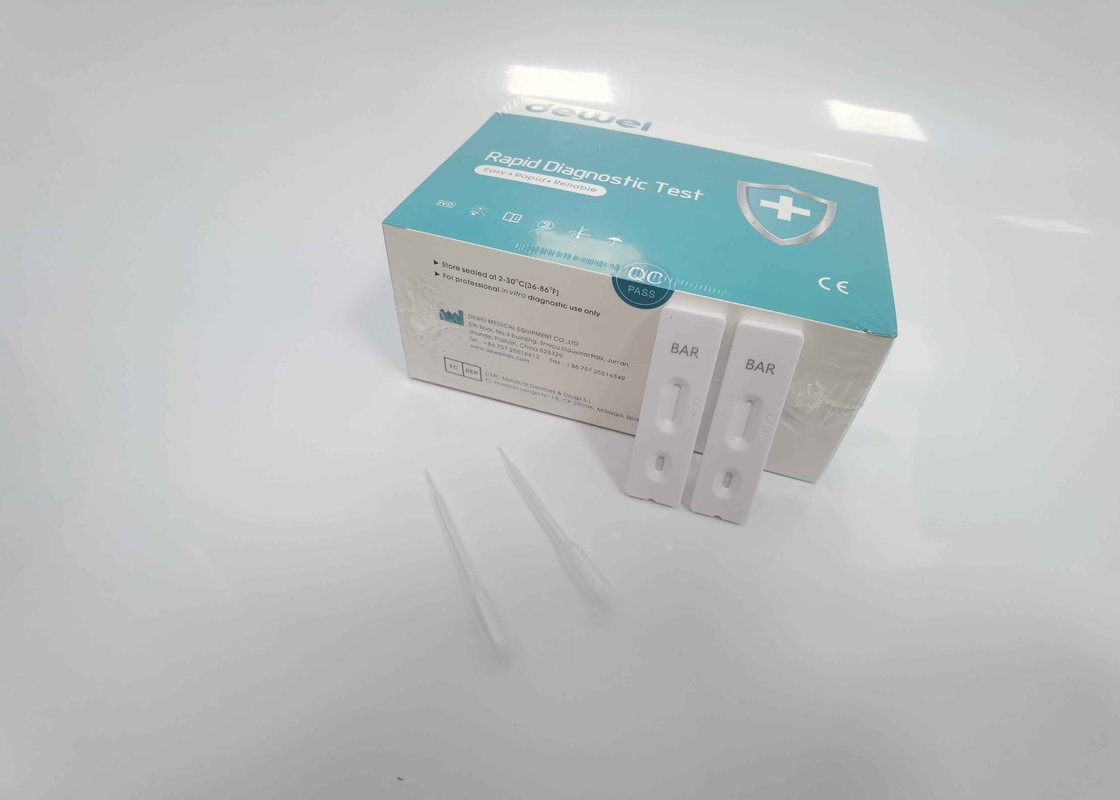 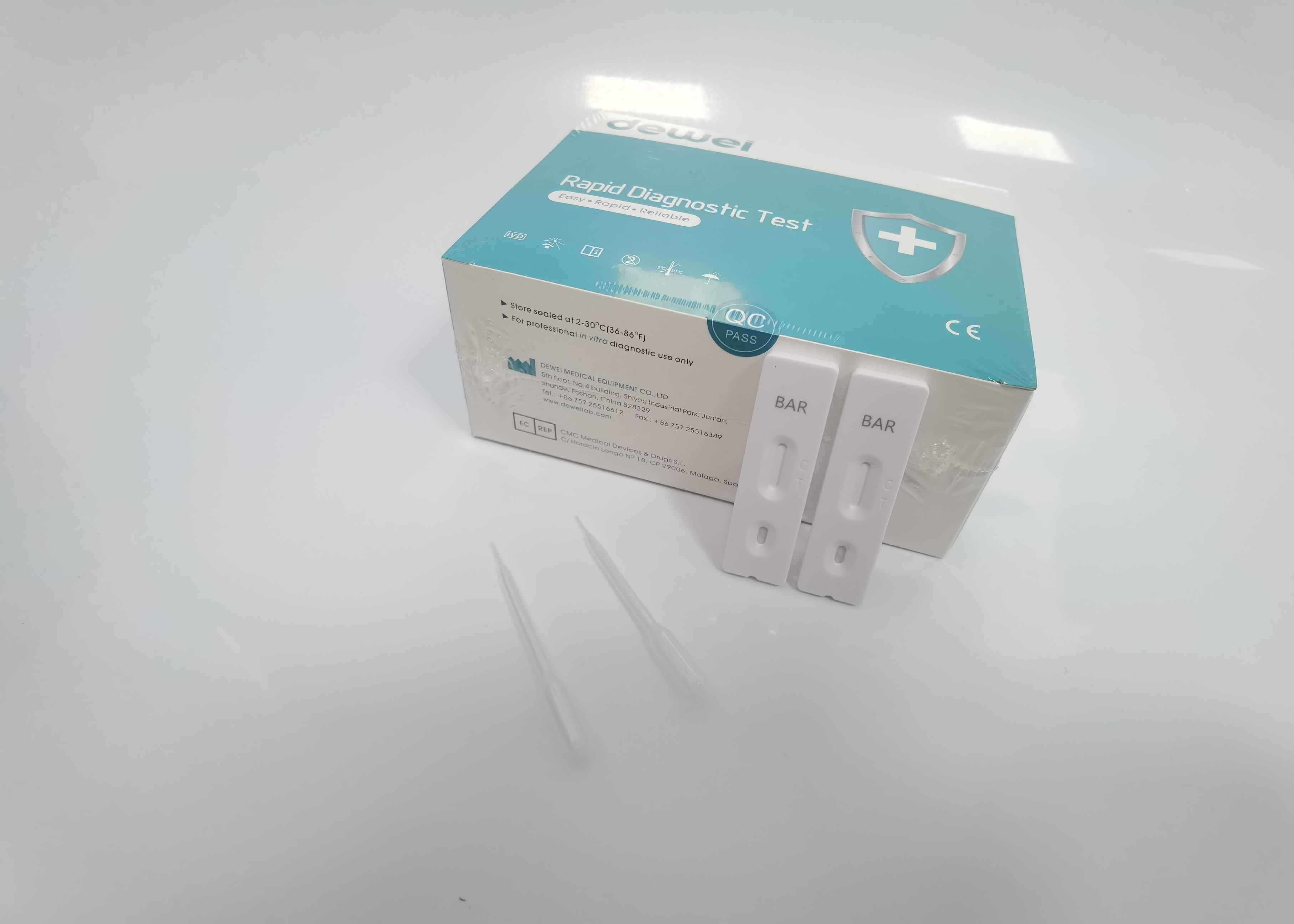 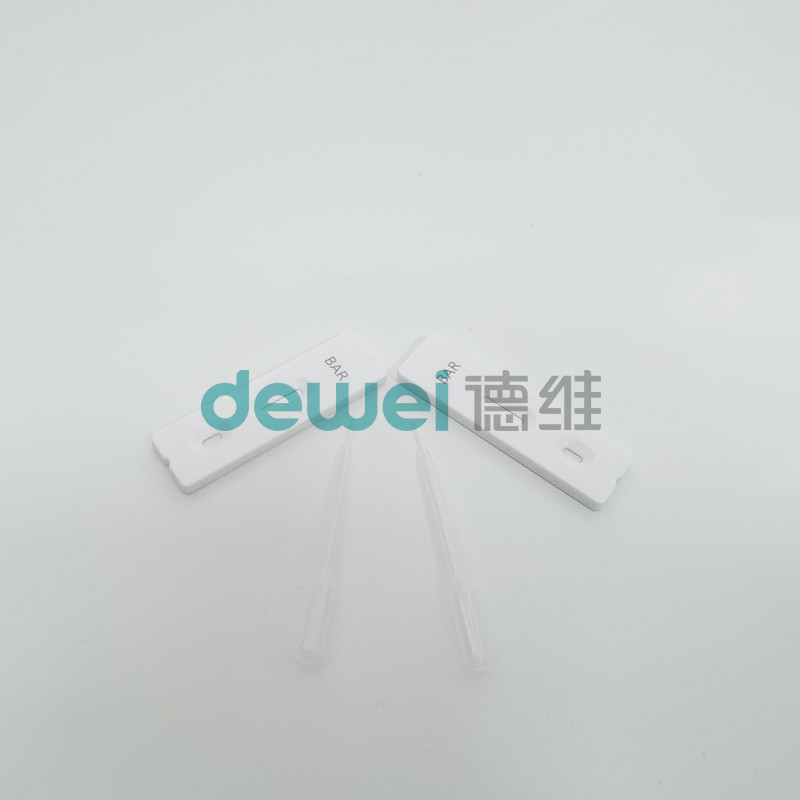 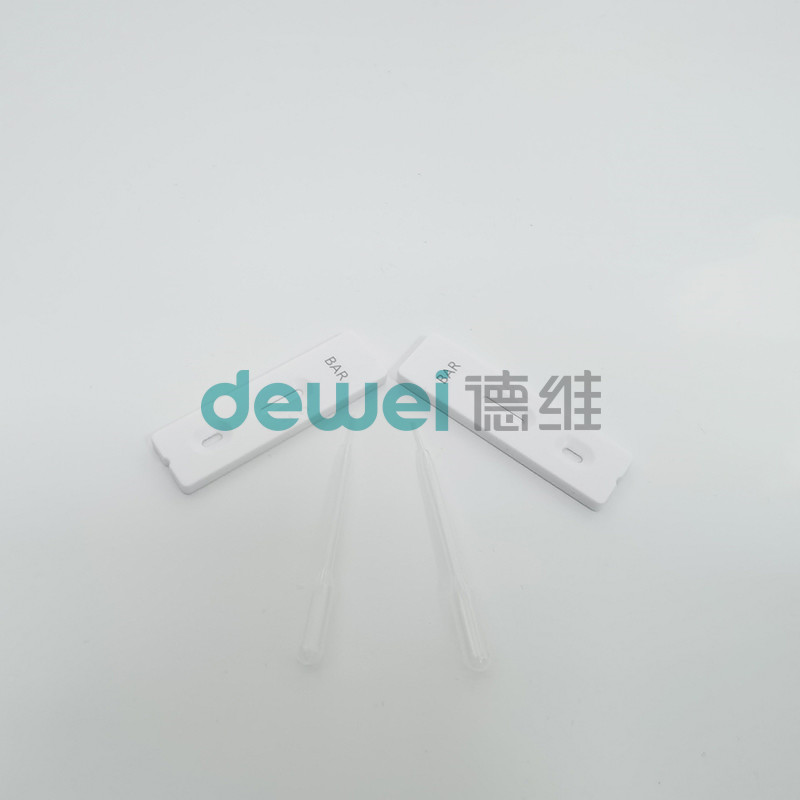 Barbiturates (BAR) Rapid Test is a rapid, screening test for the qualitative detection of Barbiturates and metabolites in human urine at specified cut off levels.

This assay provides only a preliminary analytical test result. Gas Chromatography/Mass spectrometry (GC/MS) is the preferred confirmatory method. Clinical consideration and professional judgment should be applied to Barbiturates (BAR) of abuse test result, particularly when preliminary positive results are indicated.

Barbiturates (BAR) Rapid Test is a competitive immunoassay that is used to screen for the presence of Barbiturates (BAR) and metabolites in urine. It is chromatographic absorbent device in which, drugs within a urine sample, competitively combined to a limited number of drug monoclonal antibody (mouse) conjugate binding sites.

The comparison studies were conducted using Rapid Barbiturates (BAR) Test and commercially available rapid drugs of abuse tests. The studies were performed on approximately 600 clinical specimens previous collected from the clinical settings. Presumptive positive results were confirmed by GC/MS. Results were as follows:

To test the specificity and cross reactivity of the test, the test device was used to tes Barbiturates (BAR) , metabolites and other components of the same class that are likely to be present in urine. All the components were added to drug-free normal human urine. The following structurally related compounds produced positive results with the test when tested at levels equal to or greater than the concentrations listed below.

Clinical urine samples may contain substances that could potentially interfere with the test. The following compounds were added to drug-free urine or drug positive urine with the concentration 50% below the cutoff and 50% above the cutoff, respectively. All potential interfering substances were added at a concentration of 100µg/mL (All concentrations were confirmed with GC/MS). The urine specimens were tested with the Rapid Barbiturates (BAR) Test. None of the urine samples showed any deviation from the expected results.

The specific gravity studies were conducted on different specific gravity including 1.002,1.010, 1.020, 1.030, 1.040 specimens with drug free urine or drug positive urine with the concentration at 50% below and 50% above cutoff level (All concentrations were confirmed with GC/MS). Each sample was tested by the corresponding Rapid Barbiturates (BAR) Test. The results demonstrate that varying ranges of urinary specific gravity do not affect the test result.

The pH of an aliquot negative urine pool is adjusted to a pH range of 3 to 9 in 1 pH unit increments and spiked with each drug at 50% below and 50% above cutoff levels (All concentrations were confirmed with GC/MS). Each sample was tested by the corresponding Rapid Barbiturates (BAR) Test . The result demonstrate that varying ranged of PH do not interfere with the performance of the test.