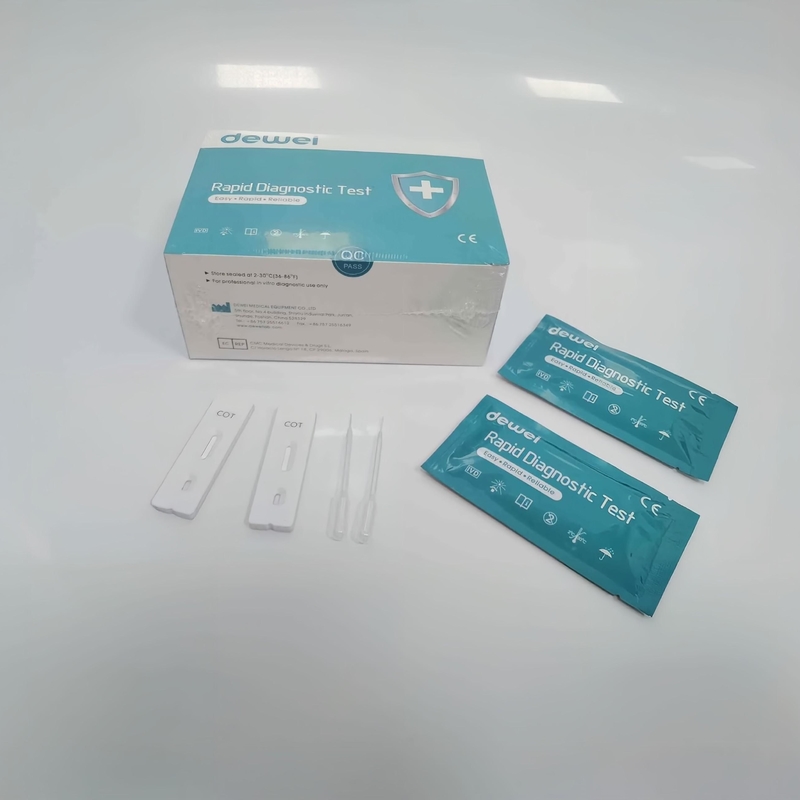 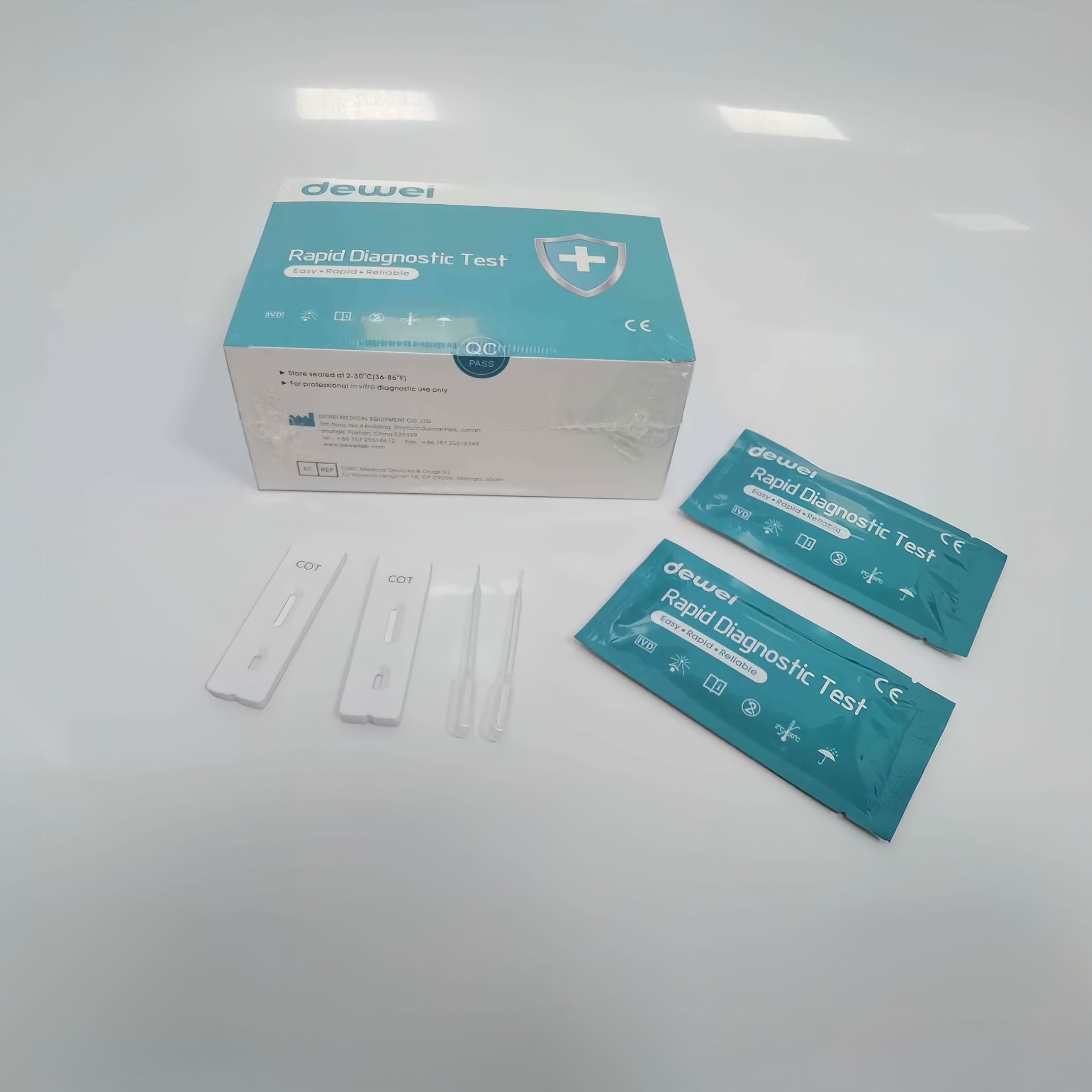 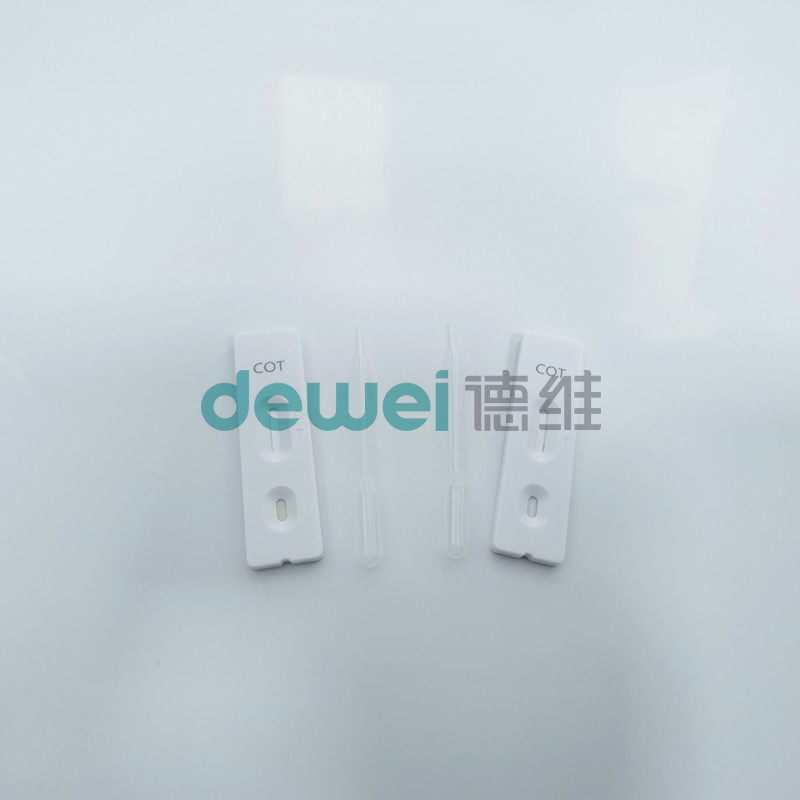 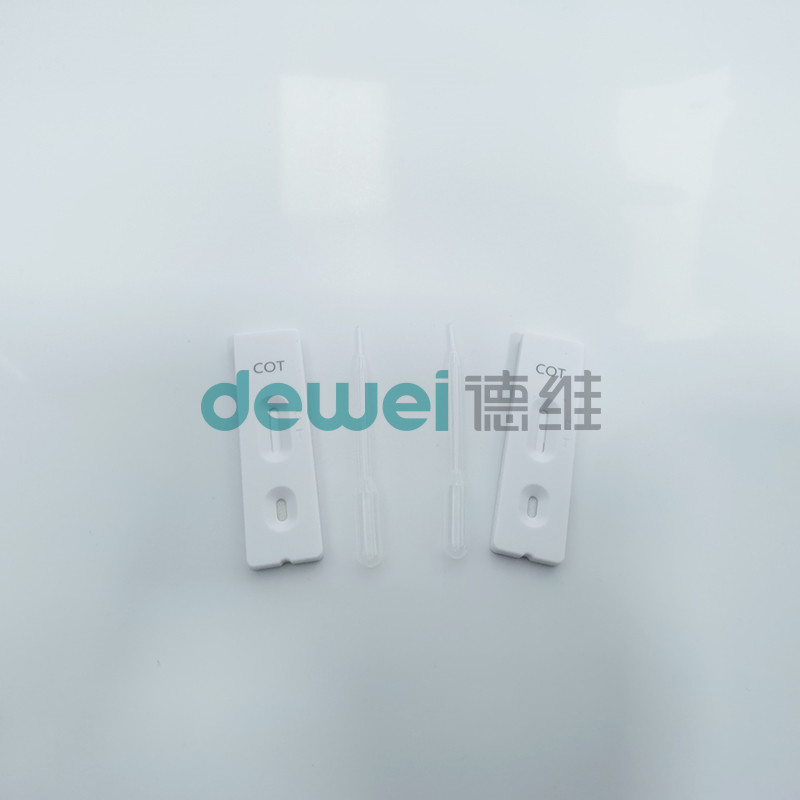 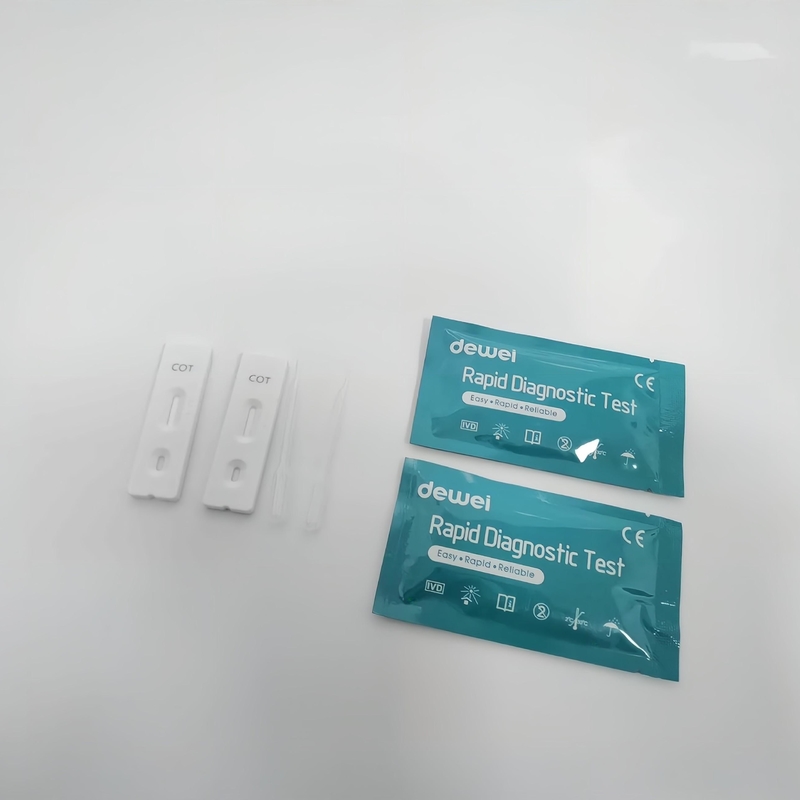 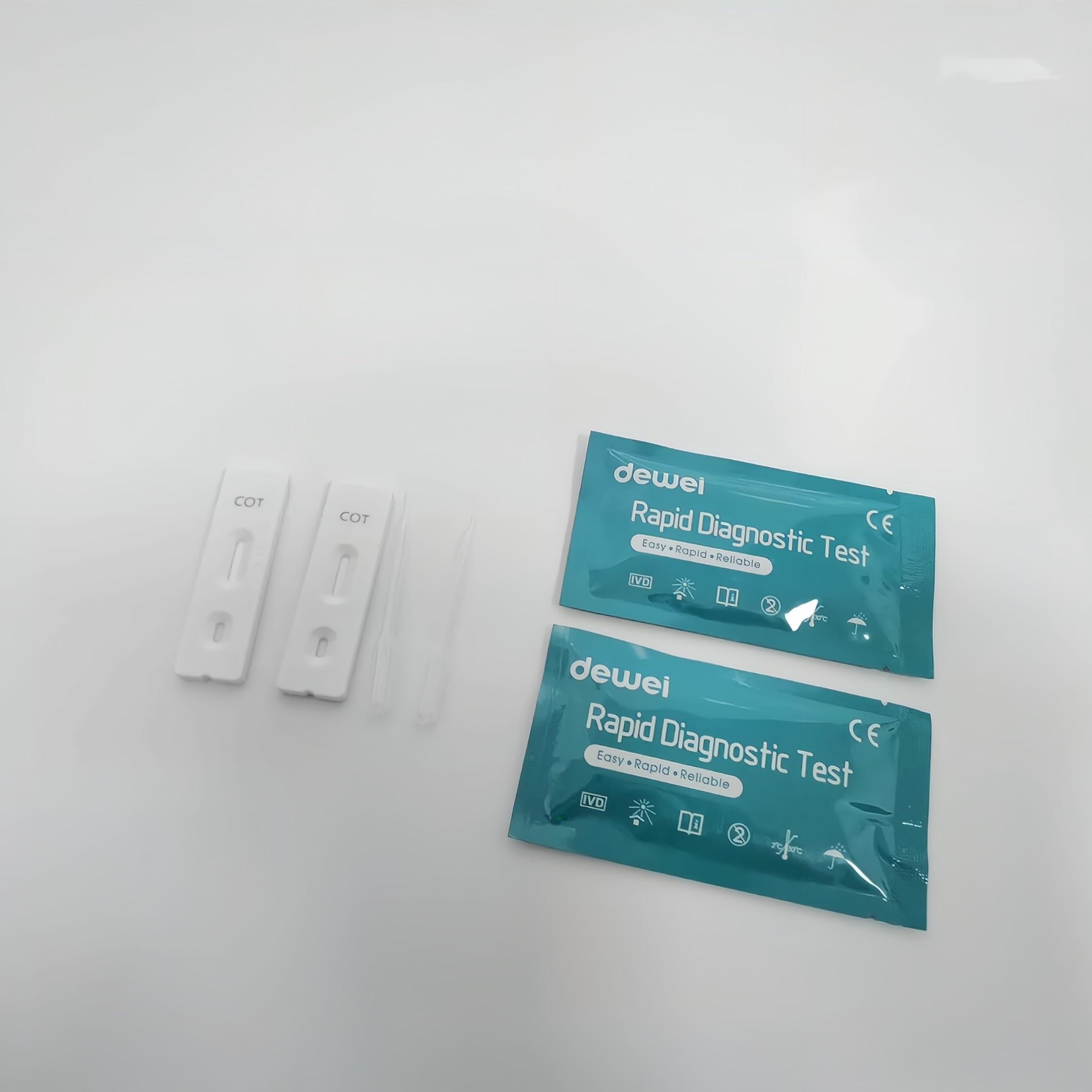 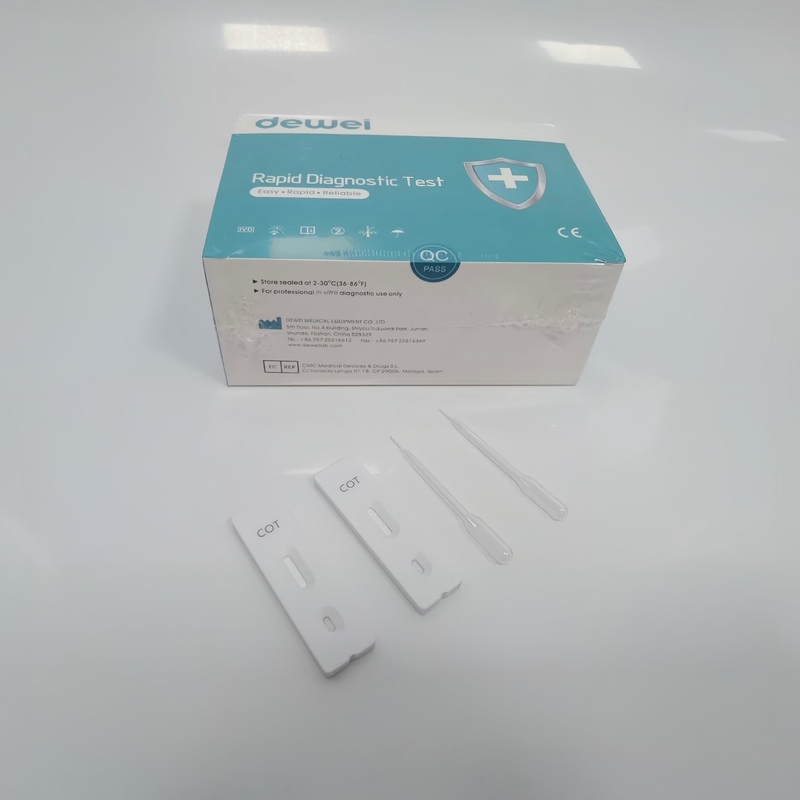 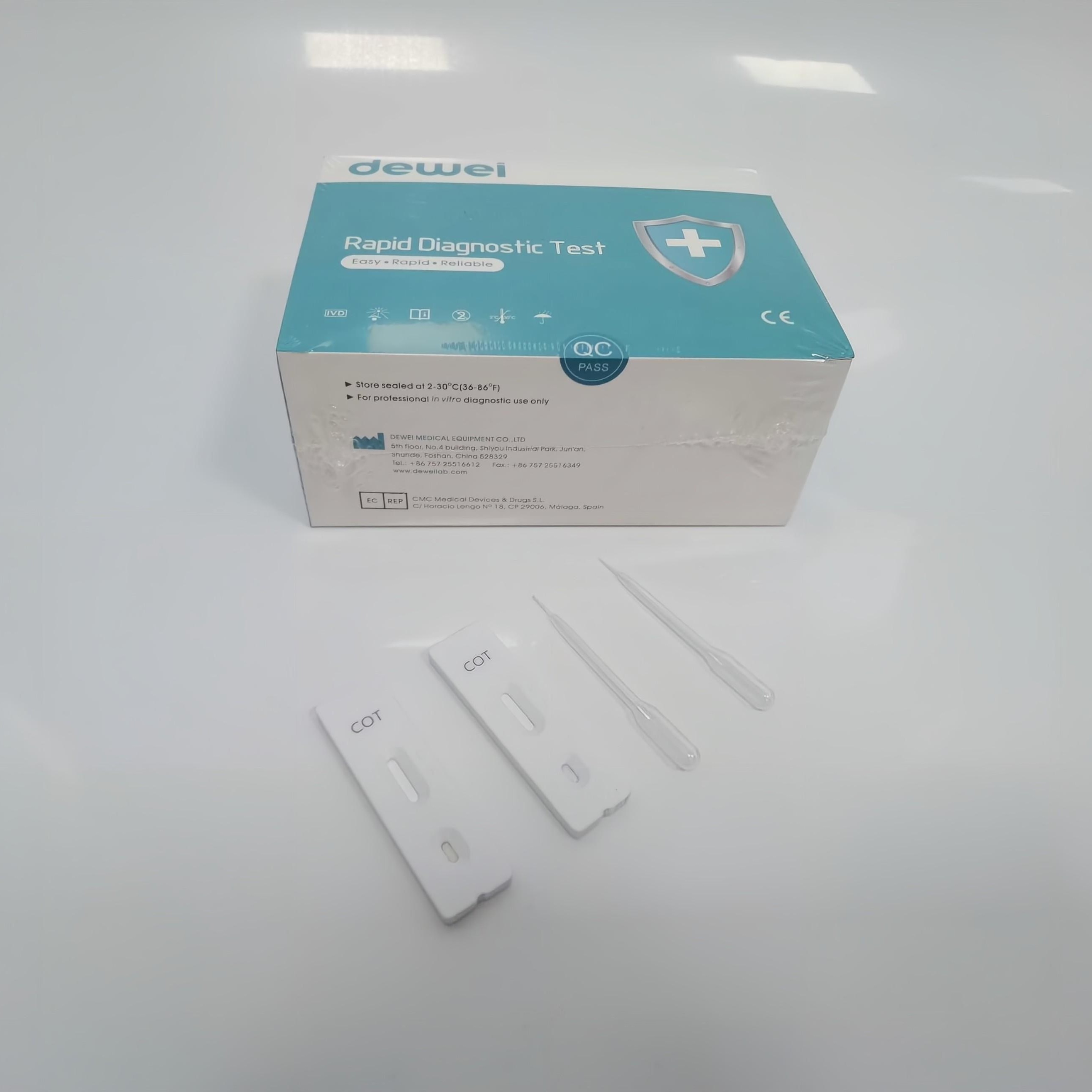 Cotinine (COT) Rapid Test is a rapid screening test for the qualitative detection of Cotinine (COT) and metabolites in human urine at specified cut off levels.

Cotinine (COT) Rapid Test is an immuno-chromatographic assay for the qualitative determination of the presence of Cotinine (COT) listed in the table below.

This assay provides only a preliminary analytical test result. Gas Chromatography/Mass spectrometry (GC/MS) is the preferred confirmatory method. Clinical consideration and professional judgment should be applied to Cotinine (COT) of abuse test result, particularly when preliminary positive results are indicated.

Cotinine (COT) Rapid Test is a competitive immunoassay that is used to screen for the presence of Cotinine (COT) and metabolites in urine. It is chromatographic absorbent device in which, drugs within a urine sample, competitively combined to a limited number of drug monoclonal antibody (mouse) conjugate binding sites.

This prevents the development of a distinct colored band in the test region, indicating a preliminary positive result.

Immunoassay for in vitro diagnostic use only.

Do not use after expiration date.

The test should remain in the sealed pouch until use.

The used test should be discarded according to local regulations.