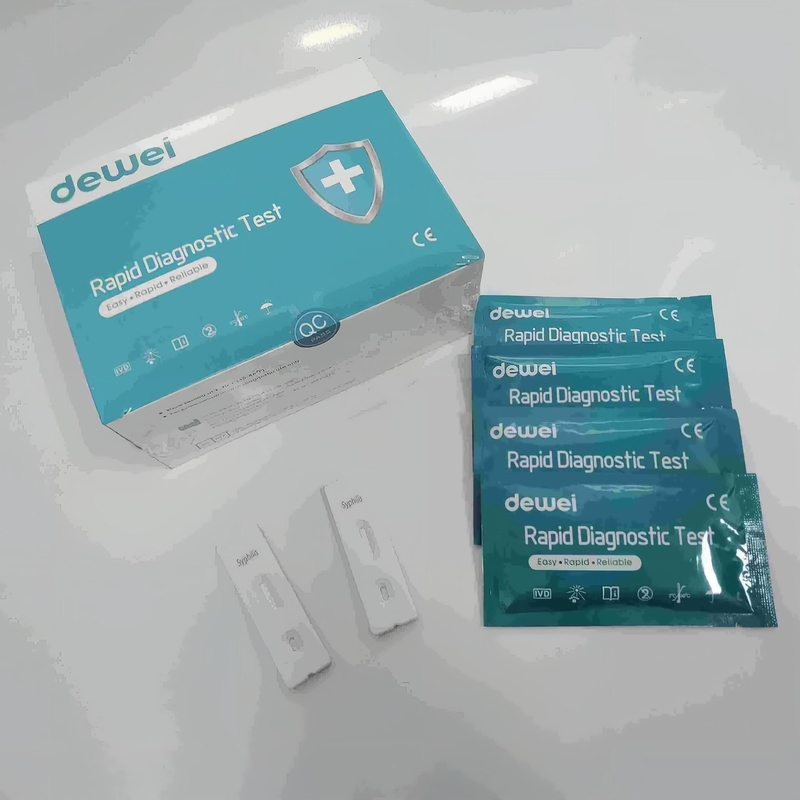 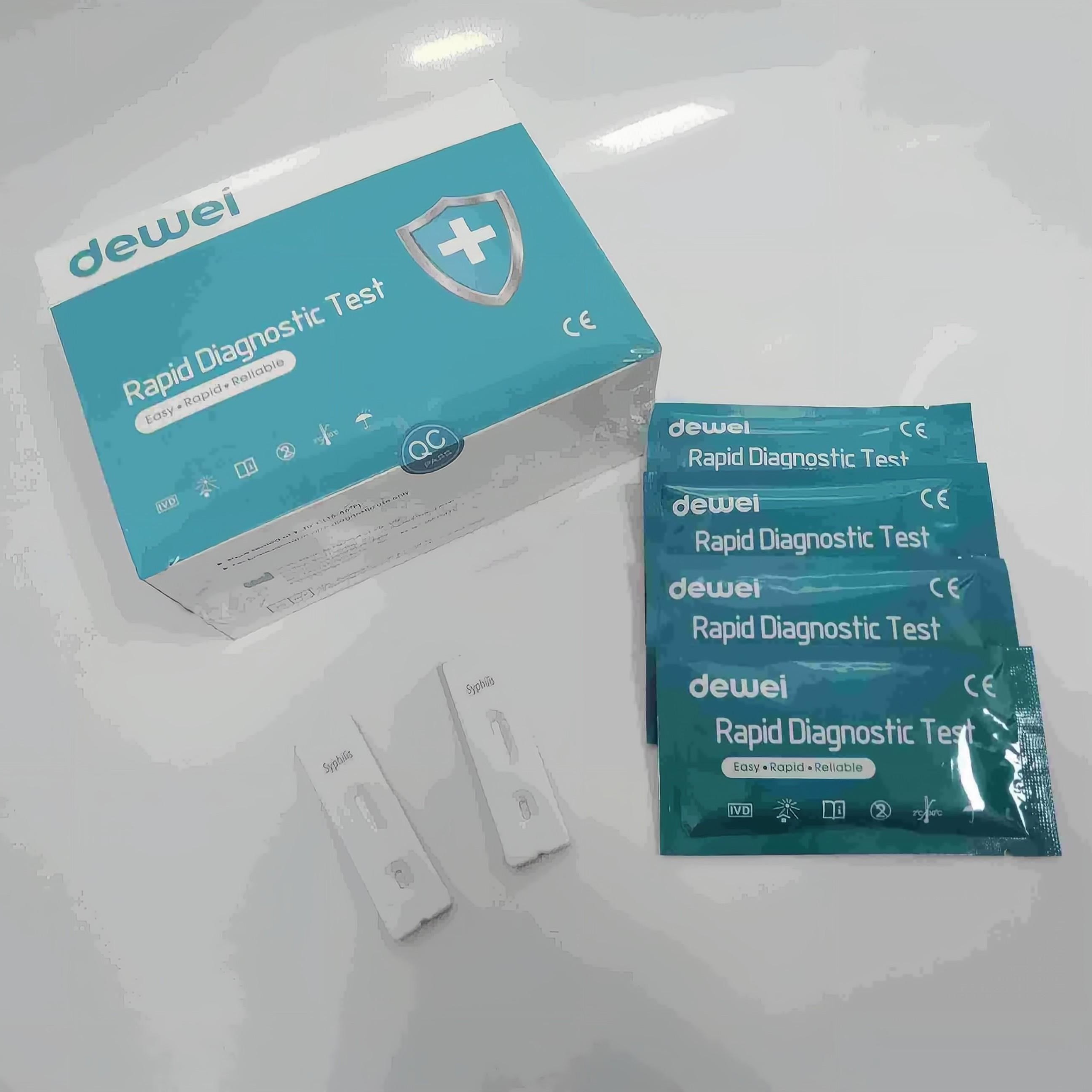 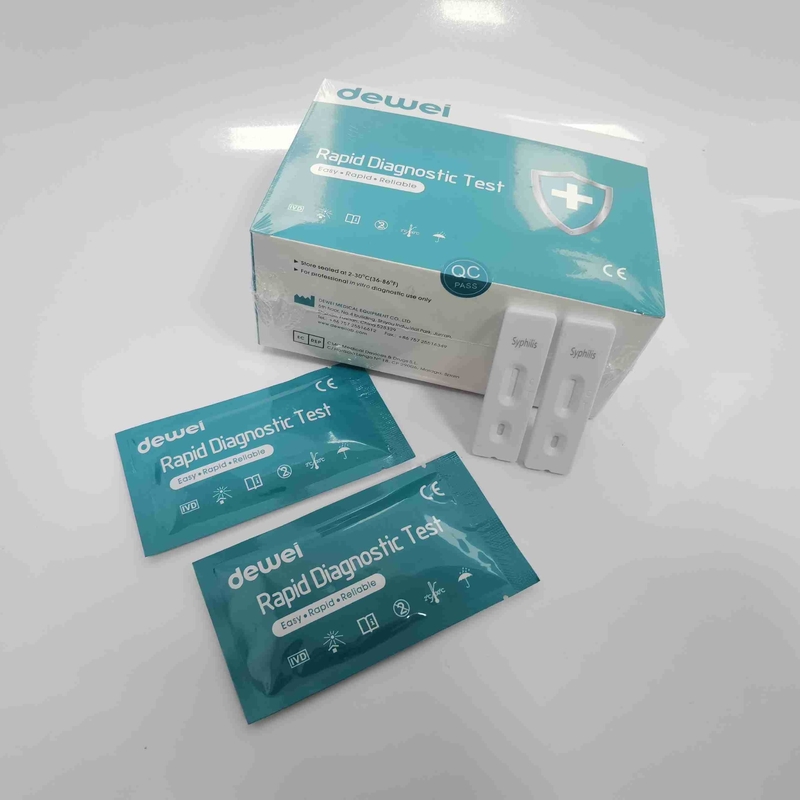 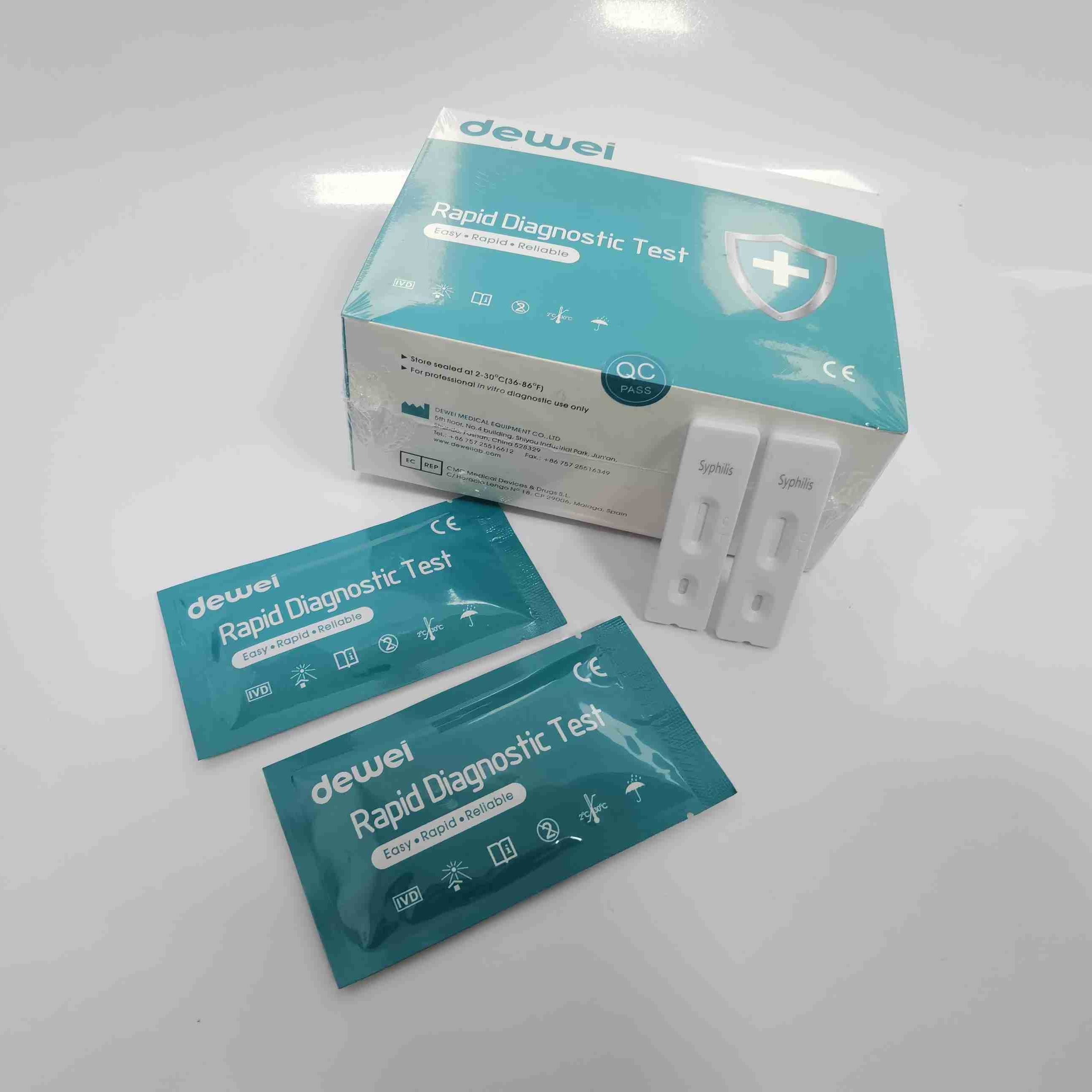 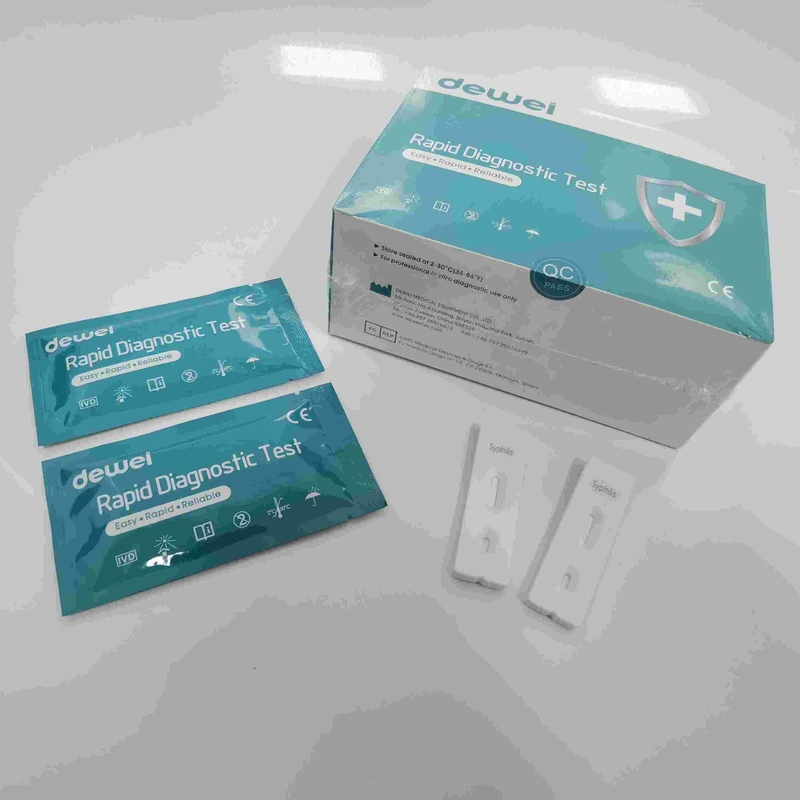 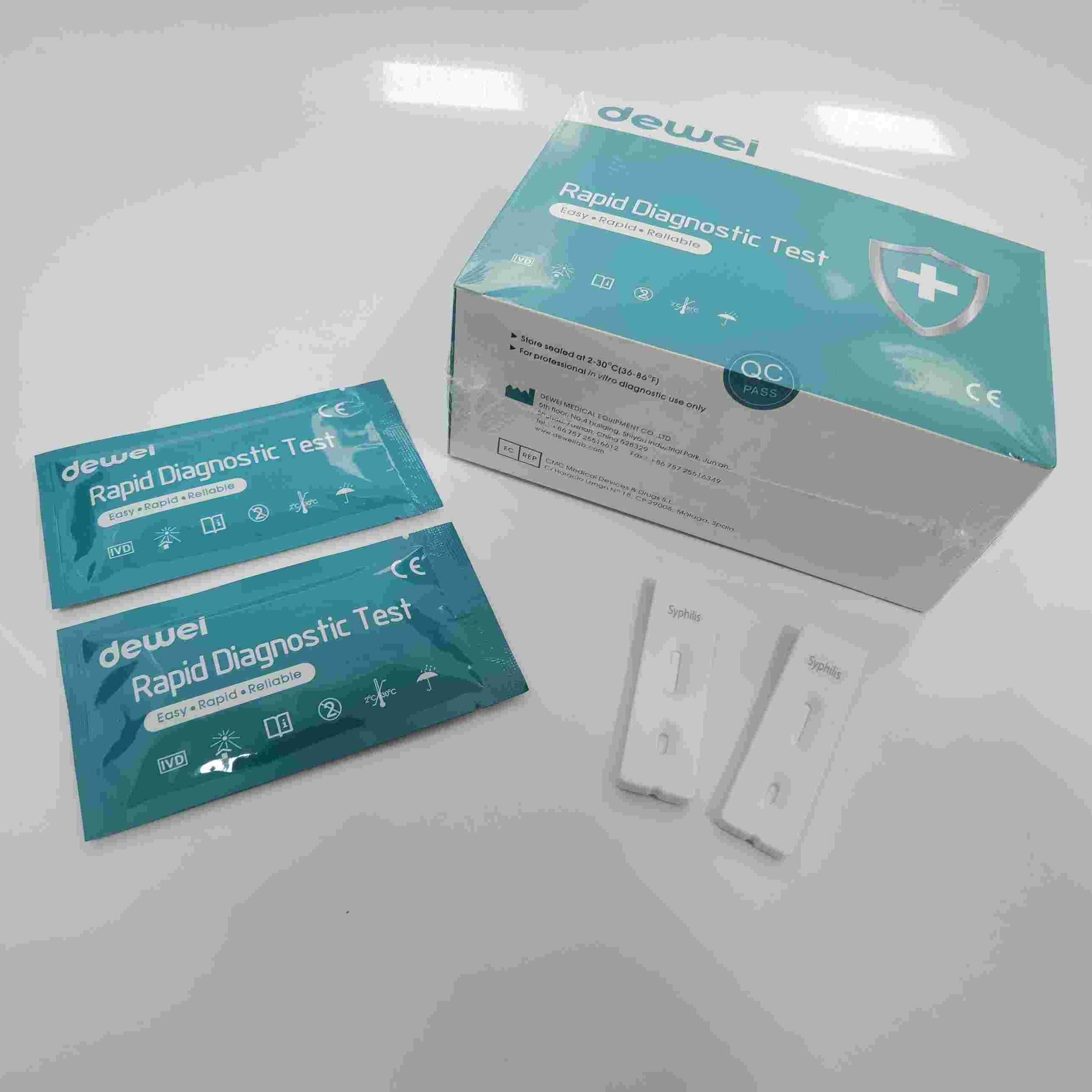 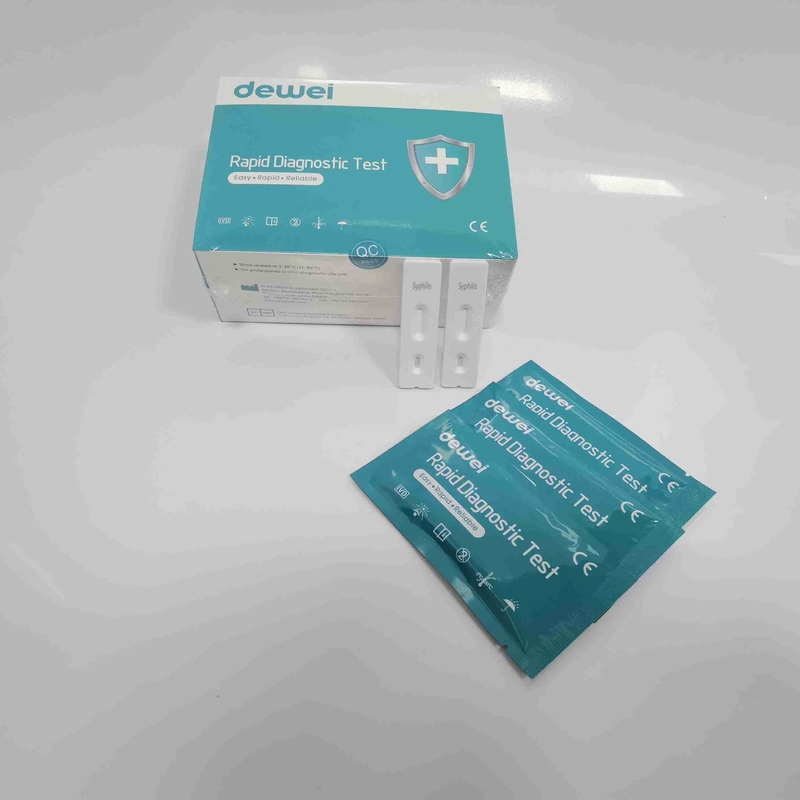 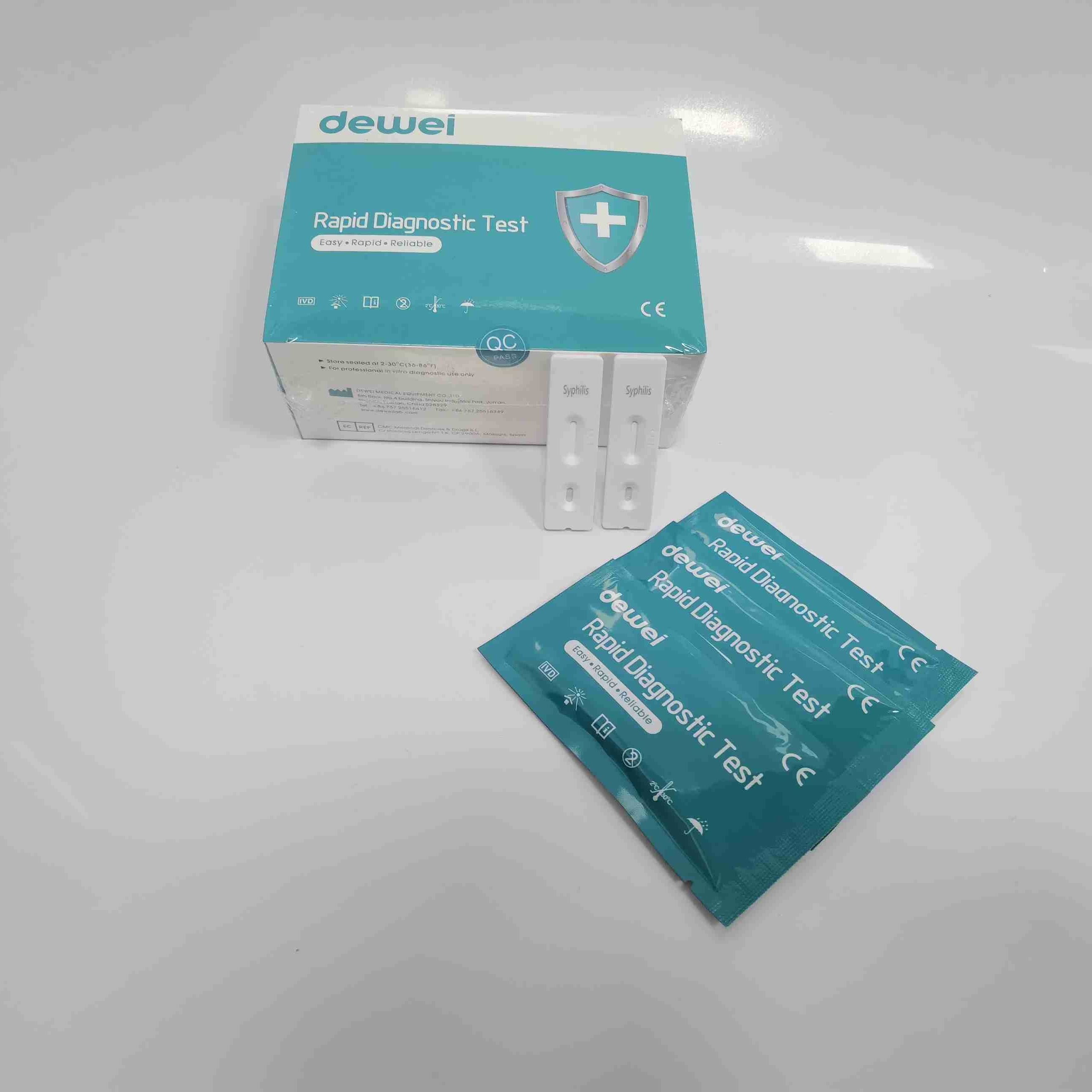 The Syphilis Rapid Test is a rapid visual immunoassay for the qualitative, presumptive detection of IgM and IgG antibodies to Treponema Pallidum (TP) in human serum or plasma specimens. This kit is intended for use as an aid in the diagnosis of syphilis.

Treponema Pallidum (TP), a spirochete bacterium with an outer envelope and a cytoplasmic membrane, is the causative agent of the venereal disease syphilis. Although syphilis rates are declining in the United States after an epidemic between 1986 and 1990, the incidence of syphilis in Europe has increased since 1992, especially in the countries of the Russia Federation, where peaks of 263 cases per 100,000 have been reported. In addition, the positive rate of serological test results for syphilis in HIV-infected individuals has been rising recently.

The serological detection of specific antibodies to TP has been long recognized in the diagnosis of syphilis since the natural course of the infection is characterized by periods without clinical manifestations. The antibody response to TP can be detected within 4 to 7 days after the syphilis chancre appears, allowing early detection and diagnosis of syphilis infection.

A variety of antigens have been used in syphilis serological tests, such as Rapid Plasma Cardiolipin (RPR) or VDRL antigen, TP extracts derived from in vitro culture or inoculated rabbit testes. However, RPR and VDRL antigens are not treponemal specific, and whole TP extracts are not reproducible and contain a certain amount of contaminating materials such as flagella, which may lead to a nonspecific reaction in assays of test serum.

The Syphilis Rapid Test detects IgM and IgG antibodies to Treponema Pallidum (TP) through visual interpretation of color development on the internal strip. Specific recombinant TP antigens are immobilized on the test region of the membrane. During testing, the specimen reacts with recombinant TP-specific antigen conjugated to colored particles and precoated onto the sample pad of the test. The mixture then migrates through the membrane by capillary action and interacts with reagents on the membrane. If there are sufficient antibodies to Treponema Pallidum (TP) in the specimen, a colored band will form at the test region of the membrane. The presence of this colored band indicates a positive result, while its absence indicates a negative result. The appearance of a colored band at the control region serves as a procedural control, indicating that the proper volume of specimen has been added and membrane wicking has occurred.