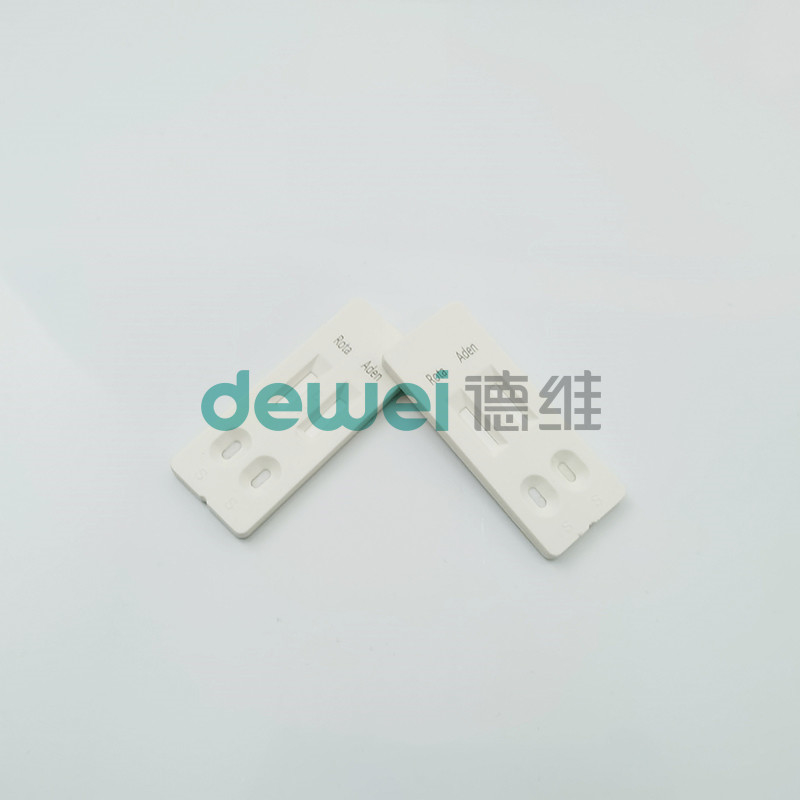 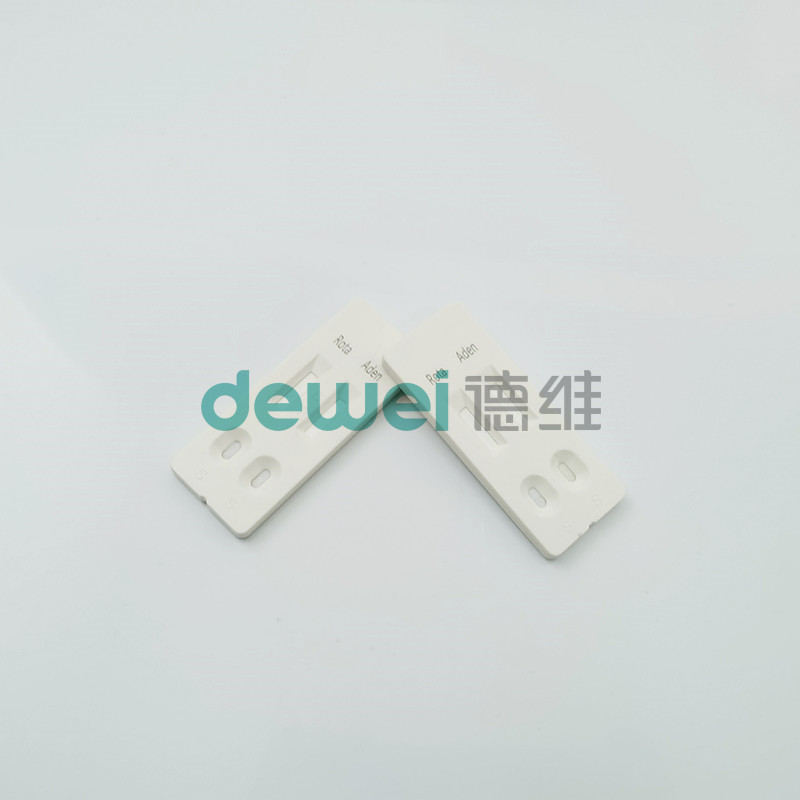 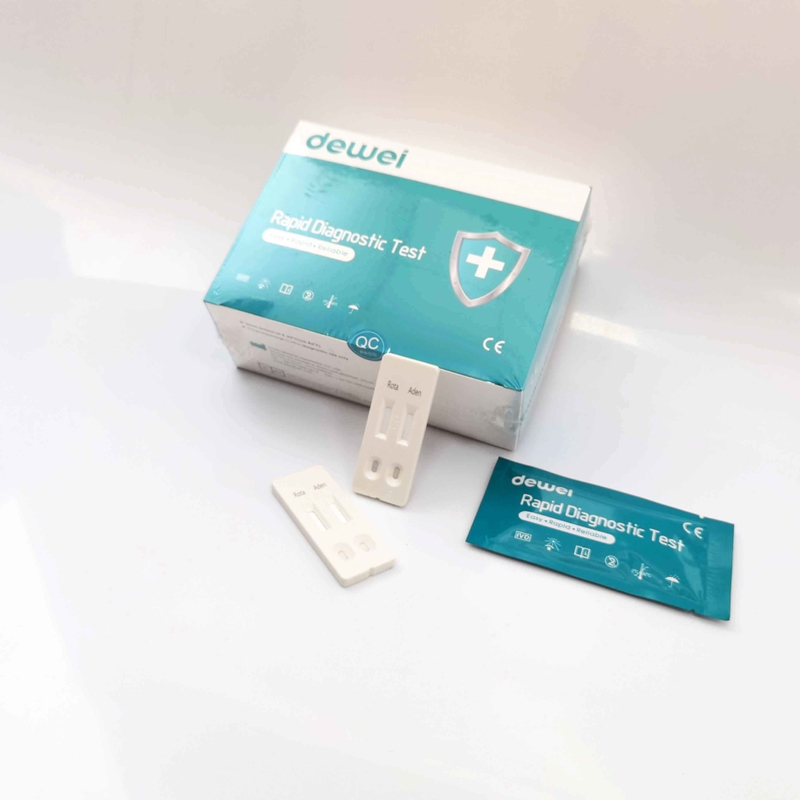 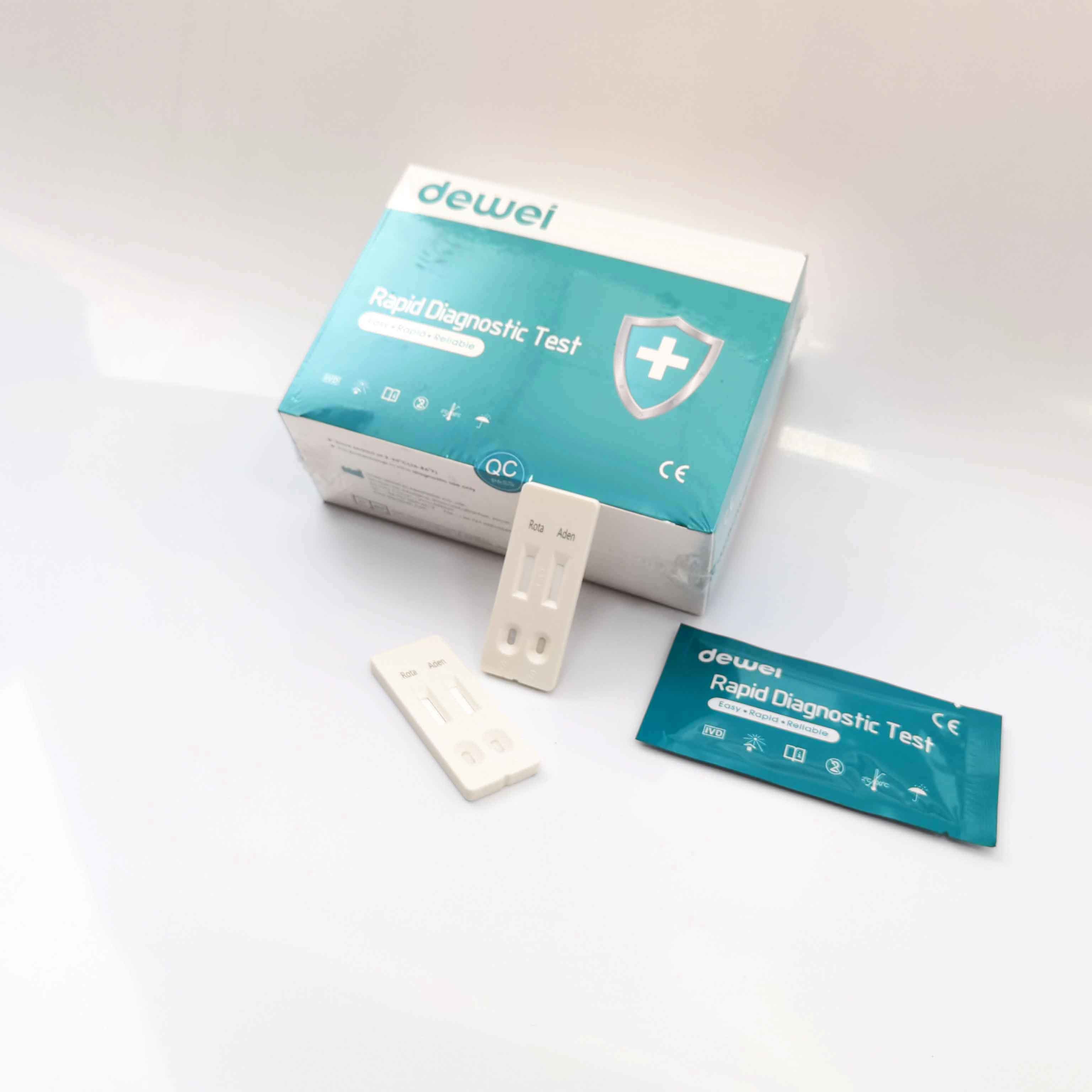 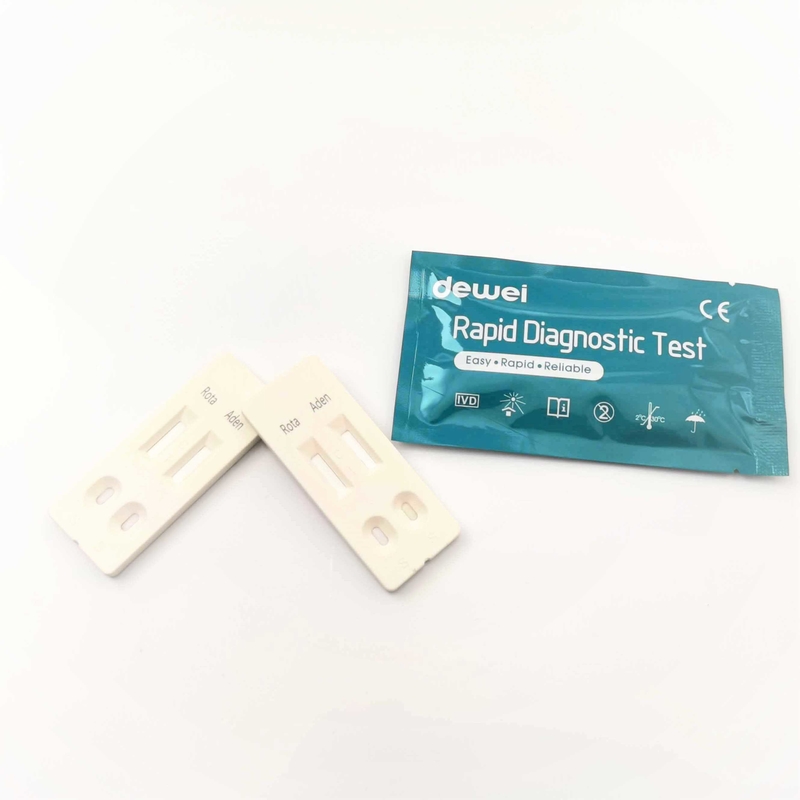 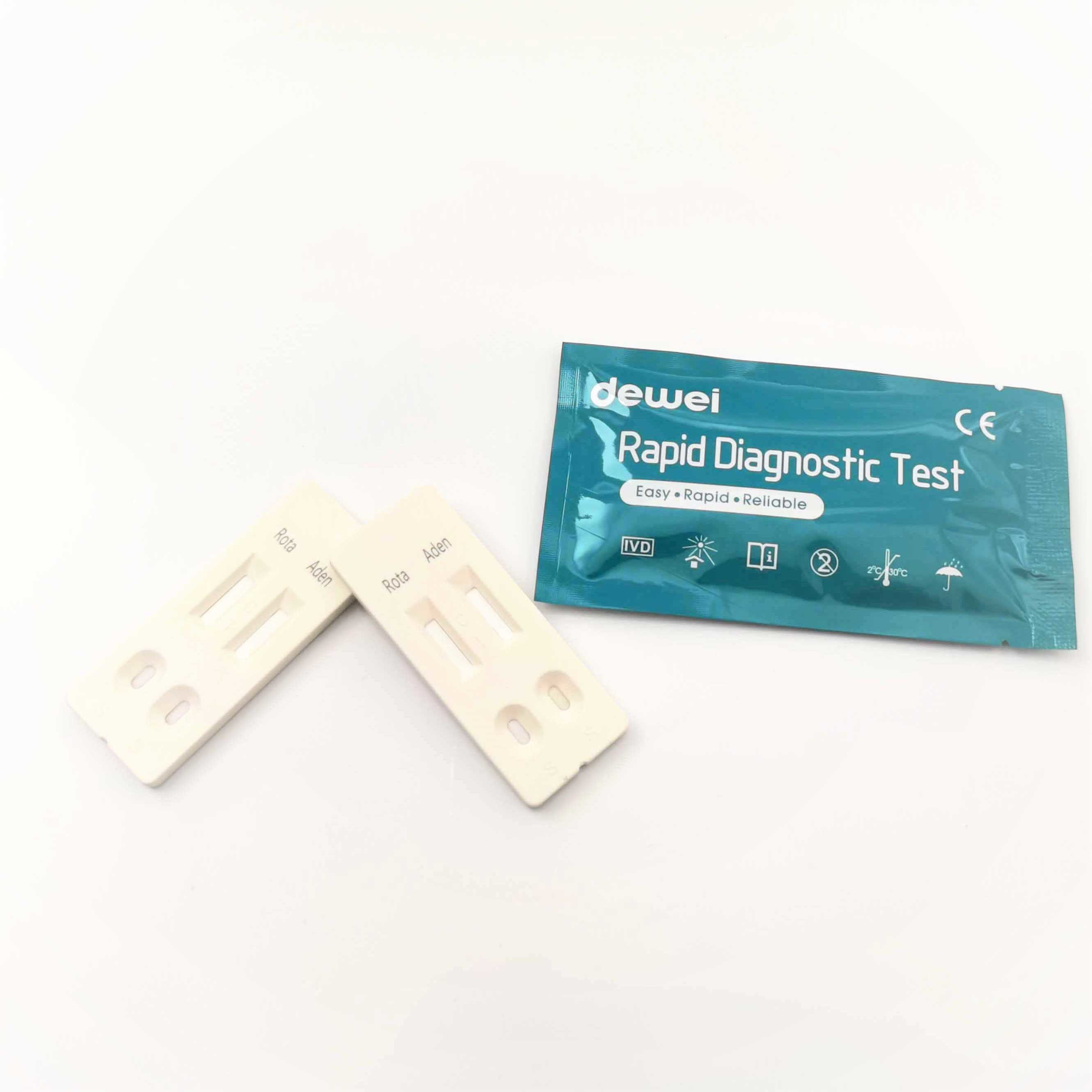 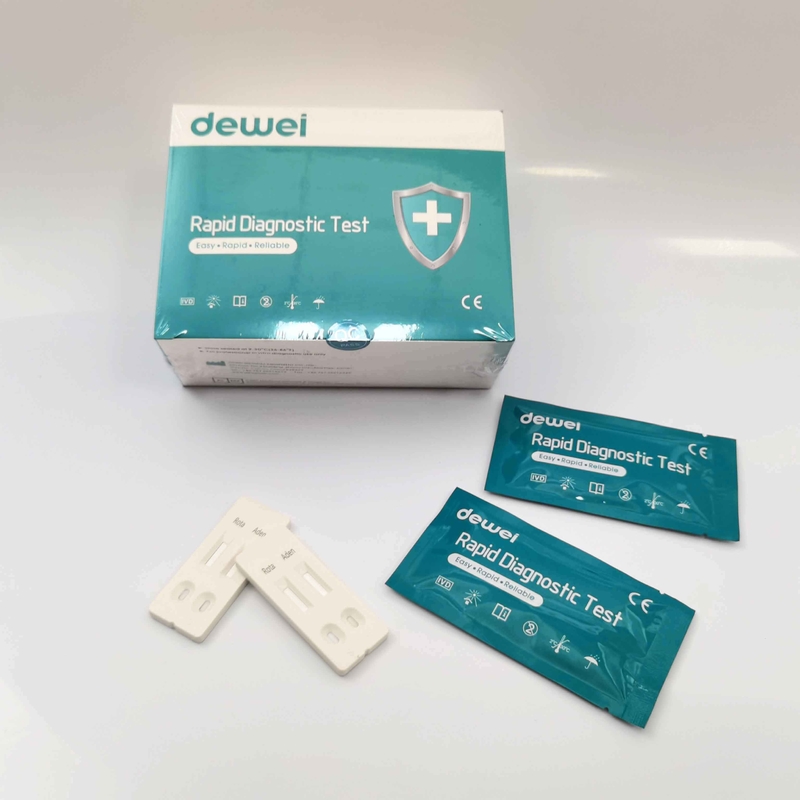 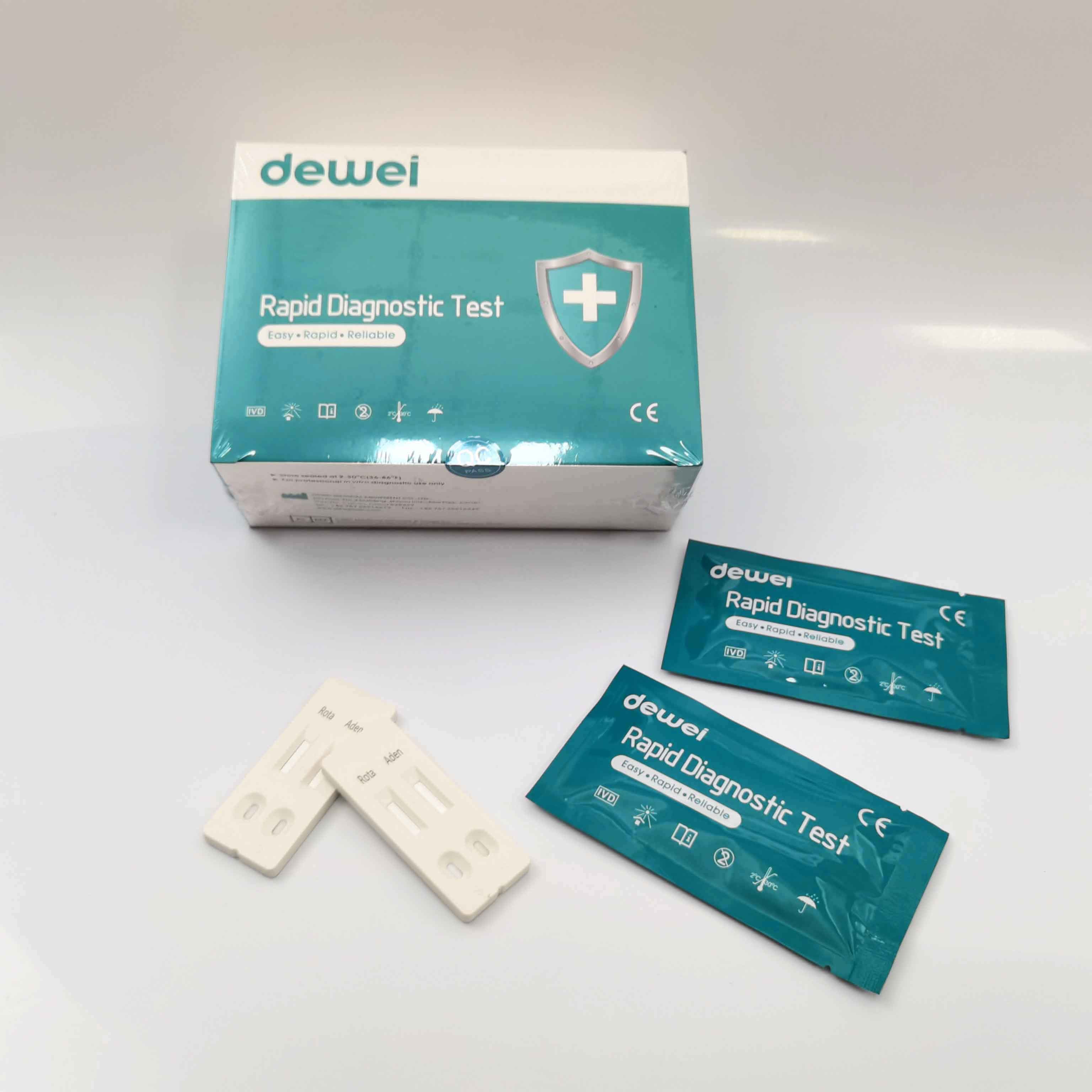 Rotavirus is the most common agent responsible for acute gastroenteritis, mainly in young children. Its discovery in 1973 and its association with infantile gastro-enteritis represented a very important advancement in the study of gastro-enteritis not caused by acute bacterial infection. Rotavirus is transmitted by oro-faecal route with an incubation period of 1-3 days. Although specimen collections taken within the second and fifth day of the illness are ideal for antigen detection, the rotavirus may still be found while diarrhoea continues. Rotaviral gastroenteritis may result in mortality for populations at risk such as infants, the elderly, and immunocompromised patients. In temperate climates, rotavirus infections occur mainly in the winter months. Endemics as well as epidemics affecting some thousand people have been reported. With hospitalised children suffering from acute entric disease up to 50% of the analysed specimen were positive for rotavirus. The viruses replicate in the cell nucleus and tend to be host species specific producing a characteristic cytopathic effect (CPE). Because rotavirus is extremely difficult to culture, it is unusual to use isolation of the virus in diagnosing an infection. Instead, a variety of techniques have been developed to detect rotavirus in feces.

Acute diarrheal disease in young children is a major cause of morbidity worldwide and is a leading cause of mortality in developing countries. Research has shown that enteric adenoviruses, primarily Ad40 and Ad41, are a leading cause of diarrhea in many of these children, second only to the rotaviruses. These viral pathogens have been isolated throughout the world, and can cause diarrhea in children year round. Infections are most frequently seen in children less than two years of age, but have been found in patients of all ages. Further studies indicate that adenoviruses are associated with 4-15% of all hospitalized cases of viral gastroenteritis.

Rapid and accurate diagnosis of gastroenteritis due to adenovirus is helpful in establishing the etiology of gastroenteritis and related patient management. Other diagnostic techniques such as electron microscopy (EM) and nucleic acid hybridization are expensive and labor-intensive. With the self-limiting nature of adenovirus infection, such expensive and labor-intensive tests may not be necessary.

The Rotavirus and Adenovirus Combo Rapid Test (Feces) has been designed to detect rotavirus and adenovirus through visual interpretation of color development in the internal strip. The membrane was immobilized with anti-rotavirus antibodies and anti-adenovirus on the test region. During the test, the specimen is allowed to react with colored anti-rotavirus antibodies colloidal gold conjugates and anti-adnovirus antibodies colloidal gold conjugates, which were precoated on the sample pad of the test. The mixture then moves on the membrane by a capillary action, and interact with reagents on the membrane. If there were enough rotavirus in specimens, a colored band will form at the R region of the membrane. Similarily, If there were enough adenovirus in specimens, a colored band will form at the A region of the membrane. Presence of colored band(s) indicates a positive result, while its absence indicates a negative result. Appearance of a colored band at the control region serves as a procedural control. This indicates that proper volume of specimen has been added and membrane wicking has occurred.

The Rotavirus and Adnovirus Combo Rapid Test (Feces) is intended only for use with human fecal specimens.Viral detection is improved by collecting the specimens at the onset of the symptoms. It has been reported that the maximum excretion of rotavirus in the feces of patients with gastroenteritis occurs 3-5 days after onset of symptoms. If the specimens are collected long after the onset of diarrheic symptoms, the quantity of antigen may not be sufficient to obtain a positive reaction or the antigens detected may not be linked to the diarrheic episode.Perform the testing immediately after the specimen collection. Do not leave the specimens at room temperature for prolonged periods. Specimens may be stored at 2-8°C for up to 72 hours.Bring specimens to room temperature prior to testing.Pack the specimens in compliance with applicable regulations for transportation of etiological agents, in case they need to be shipped.

*Bring tests, specimens, buffer and/or controls to room temperature (15-30°C) before use.

*Use the specimens collection cards provided in the kit for specimens collection. Follow the operation procedure written on it for instructions. Other clean dry containers could also be used for the same purpose. Best results will be obtained if the assay is performed within 6 hours after collection.

*For solid specimens: Unscrew and remove the dilution tube applicator. Be careful not to spill or spatter solution from the tube. Collect specimens by inserting the applicator stick into at least 3 different sites of the feces to collect approximately 50 mg of feces (equivalent to 1/4 of a pea).

*Place the applicator back into the tube and screw the cap tightly. Be careful not to break the tip of the dilution tube.

*Remove the test from its sealed pouch, and place it on a clean, level surface. Label the test with patient or control identification. To obtain a best result, the assay should be performed within one hour.

*Using a piece of tissue paper, break the tip of the dilution tube. Hold the tube vertically and dispense 2 drops of solution into the specimen well (S) of the test device.

*Avoid trapping air bubbles in the specimen well (S), and do not drop any solution in observation window.

*As the test begins to work, you will see color move across the membrane.

*Wait for the colored band(s) to appear. The result should be read at 10 minutes. Do not interpret the result after 20 minutes.

*Note: If the specimen does not migrate (presence of particles), centrifuge the extracted specimens contained in the extraction buffer vial. Collect 80 µL of supernatant, dispense into the specimen well (S) of a new test device and start afresh following the instructions mentioned above.