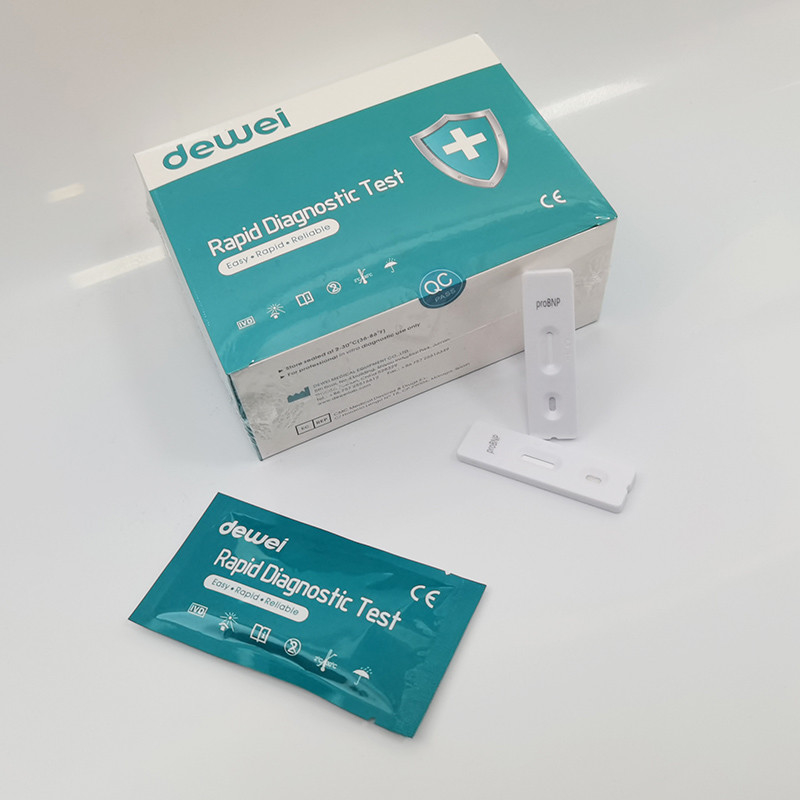 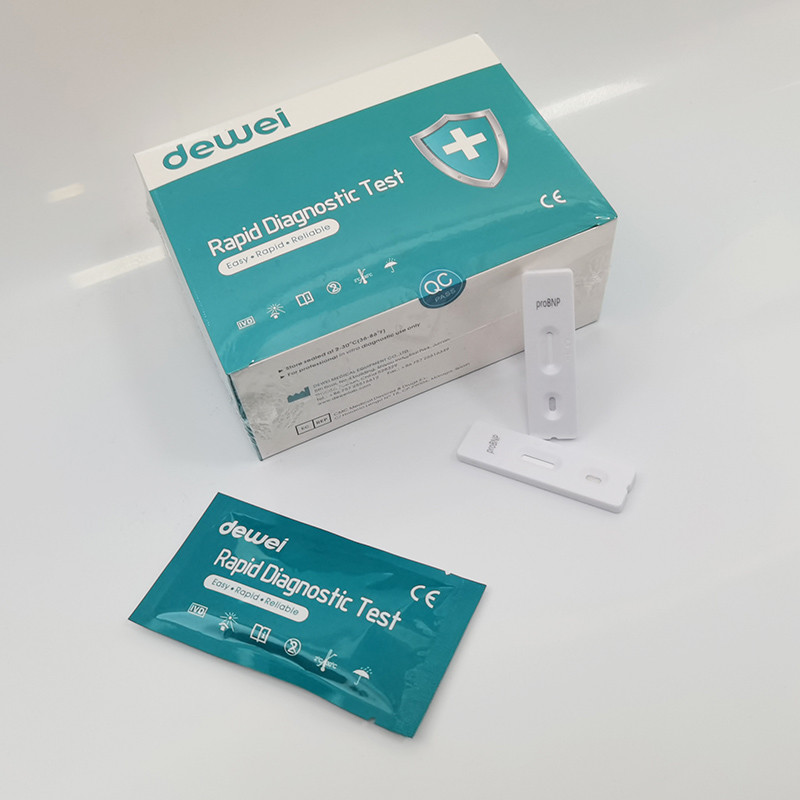 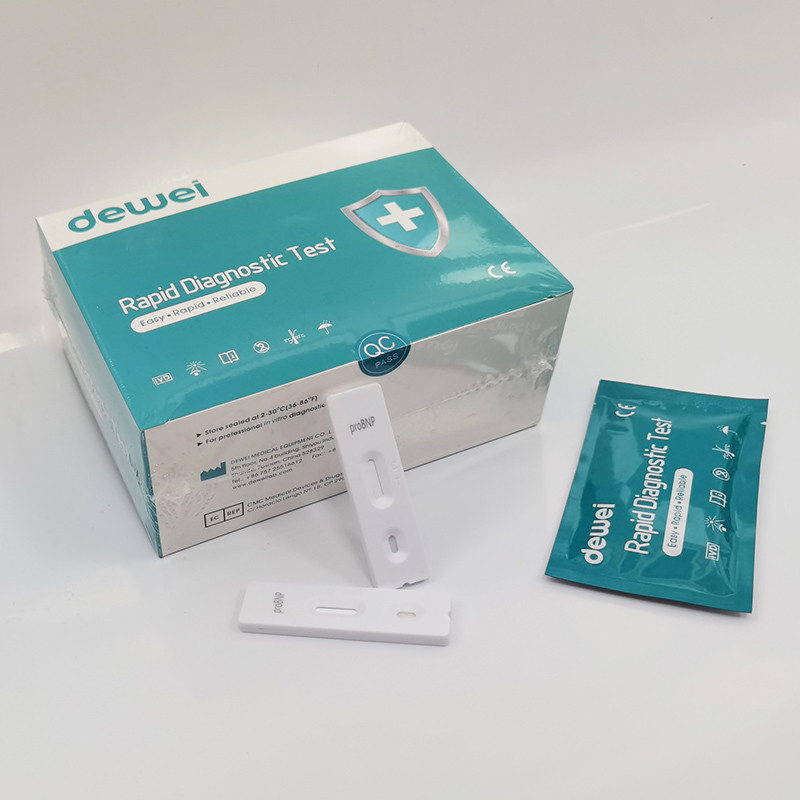 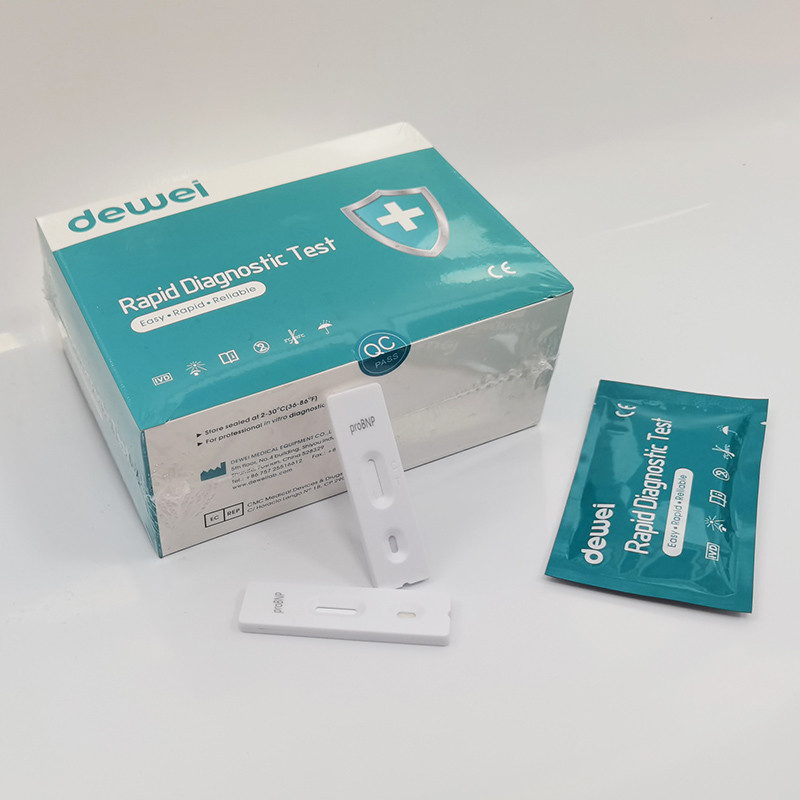 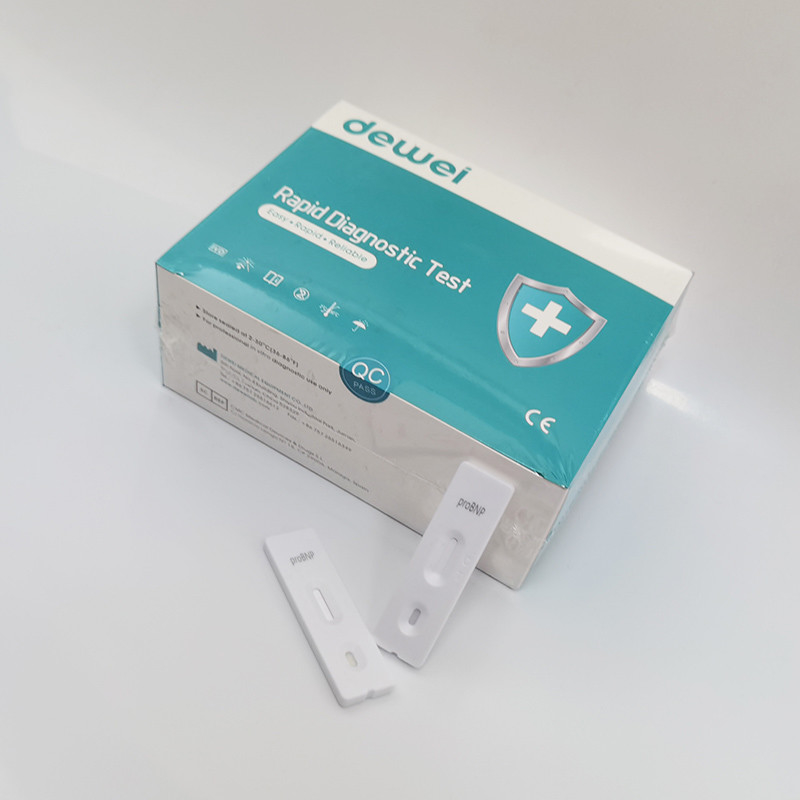 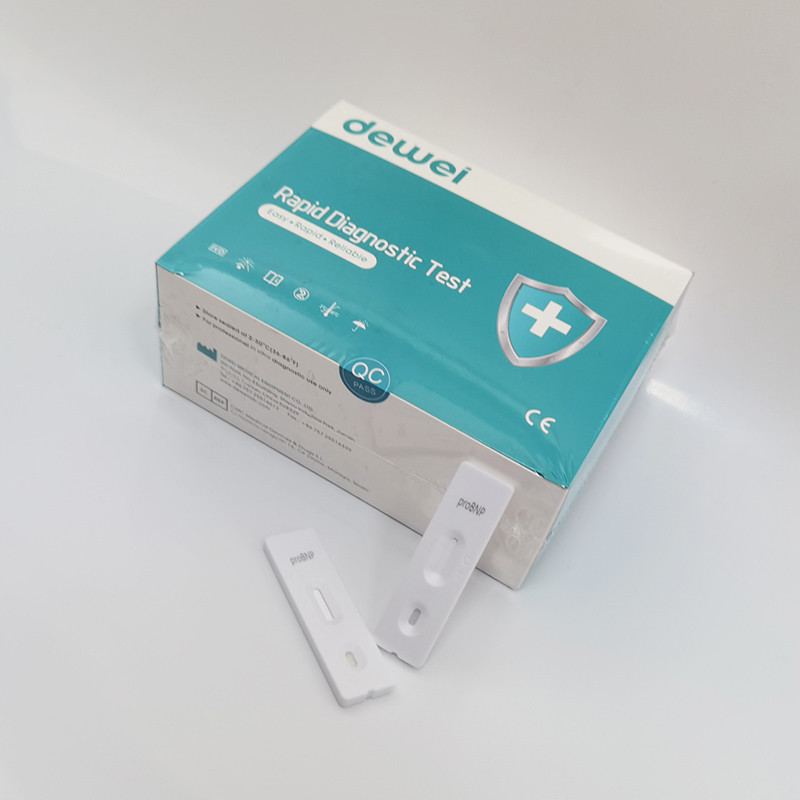 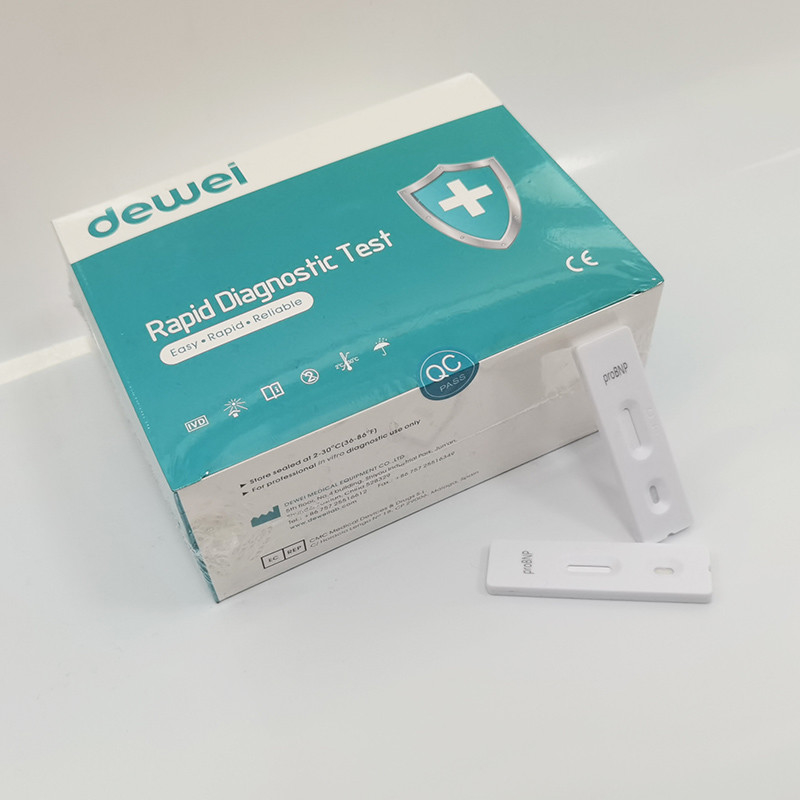 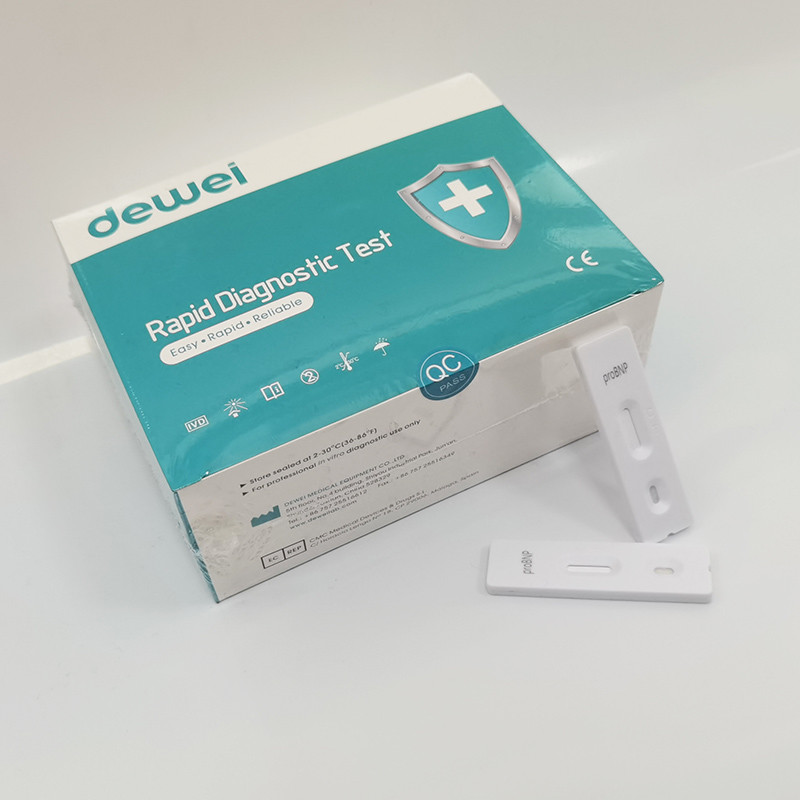 USAGE
The NT-proBNP Rapid Test Kit is intended for the qualitative determination of NT-proBNP in human whole blood/Serum/Plasma. Measurement of NT-proBNP values is useful in the diagnosis and assessment of severity of heart failure.

WORKING PRINCIPLE
The NT-proBNP Rapid Test Kit detects NT-proBNP through visual interpretation of color development in the internal strip. Anti-NT-proBNP antibodies are immobilized on the test region of the membrane, and anti-mouse antibodies immobilized on the control region. During testing, the specimen reacts with anti-NT-proBNP antibodies conjugated to colored particles and precoated onto the sample pad of the strip. The mixture then migrates through the membrane by capillary action and interacts with reagents on the membrane. If there is sufficient NT-proBNP in the specimen, a colored band will form at the test region of the membrane. The presence of this colored band indicates a positive result, while its absence indicates a negative result. The appearance of a colored band at the control region serves as a procedural control, indicating that the proper volume of specimen has been added and membrane wicking has occurred.

OPERATION PROCEDURE
Bring tests, specimens, and/or controls to room temperature (15-30°C) before use.

1) Remove the test from its sealed pouch, and place it on a clean, level surface. Label the device with patient or control identification. For best results the assay should be performed within one hour.

2) Transfer 3 drops of whole blood/serum/plasma to the specimen well (S) of the device with the provided disposable pipette, and start the timer.

3) If the test fails to migrate across the membrane after 1 minute, add 1 drop of buffer to the specimen well (S).

4) Wait for the colored band(s) to appear. The result should be read at 10 minutes. Do not interpret the result after 20 minutes.