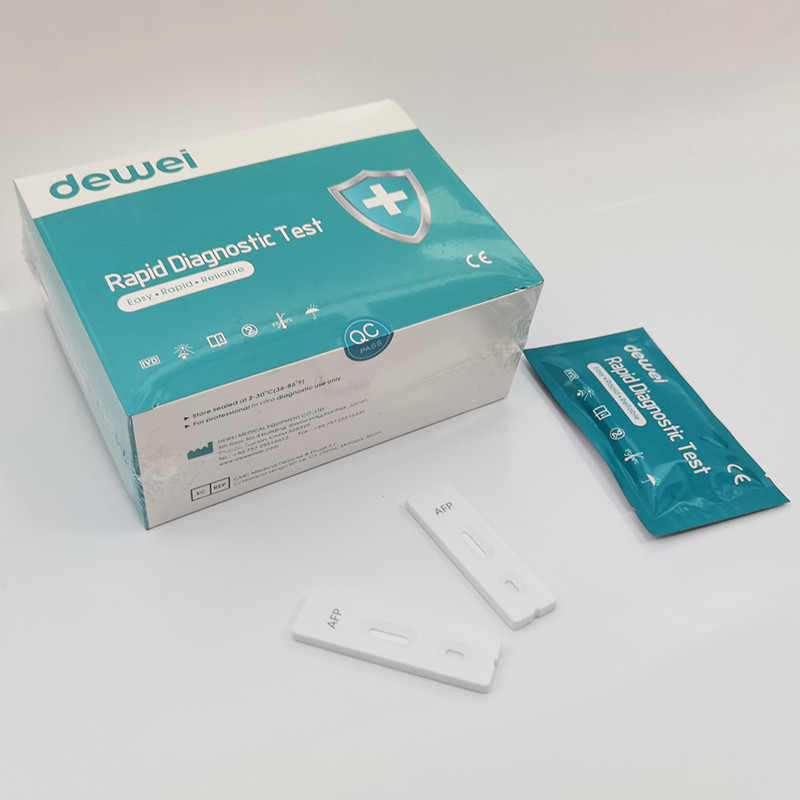 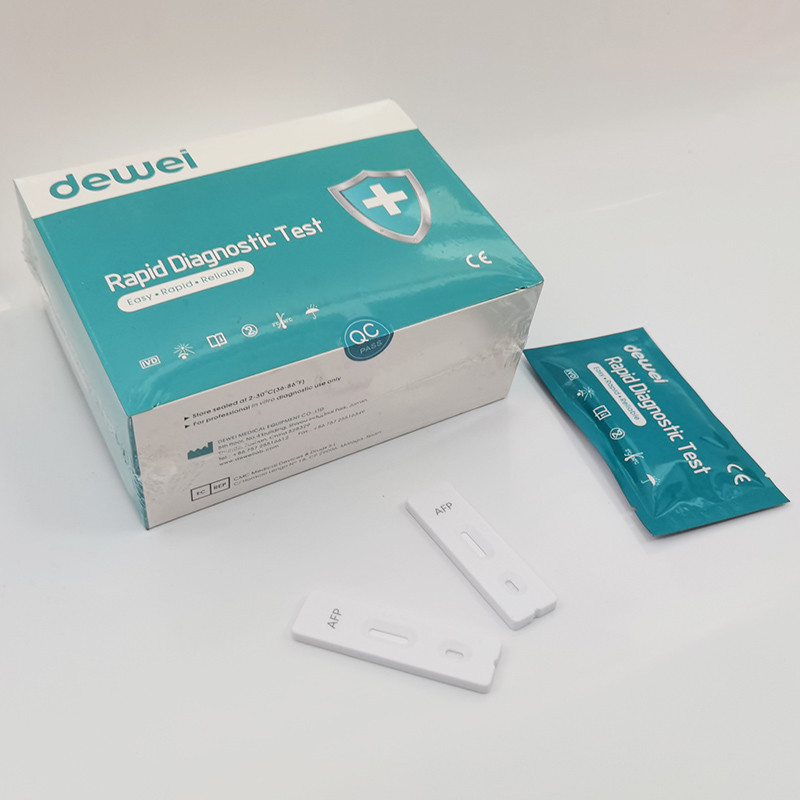 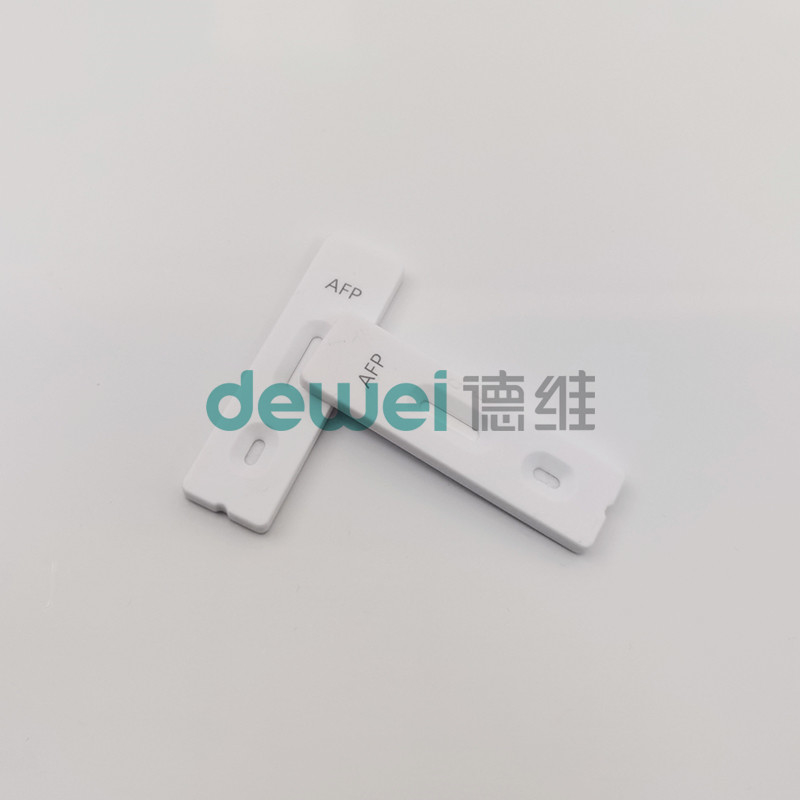 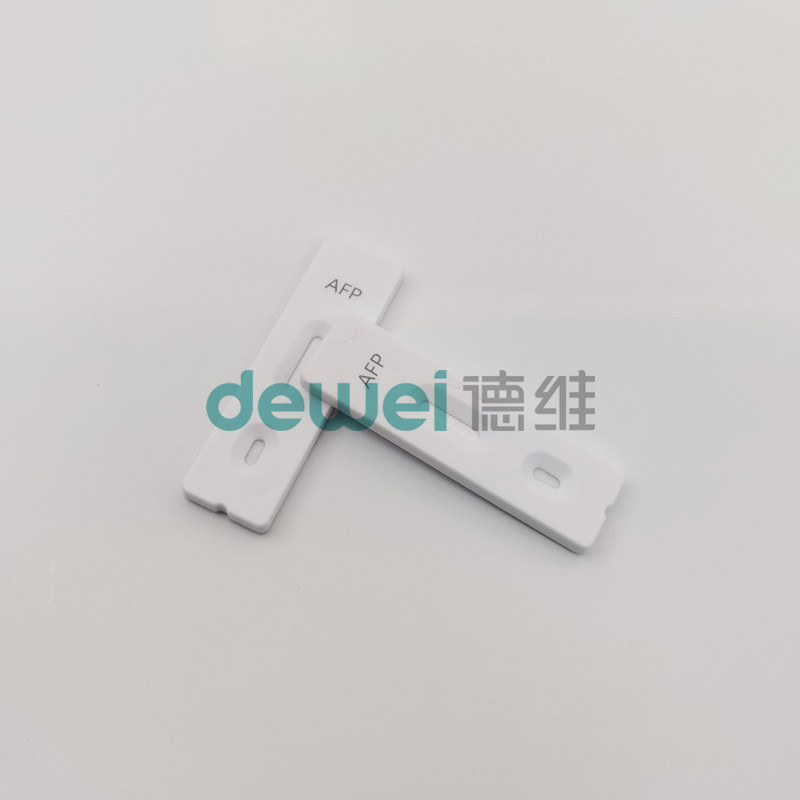 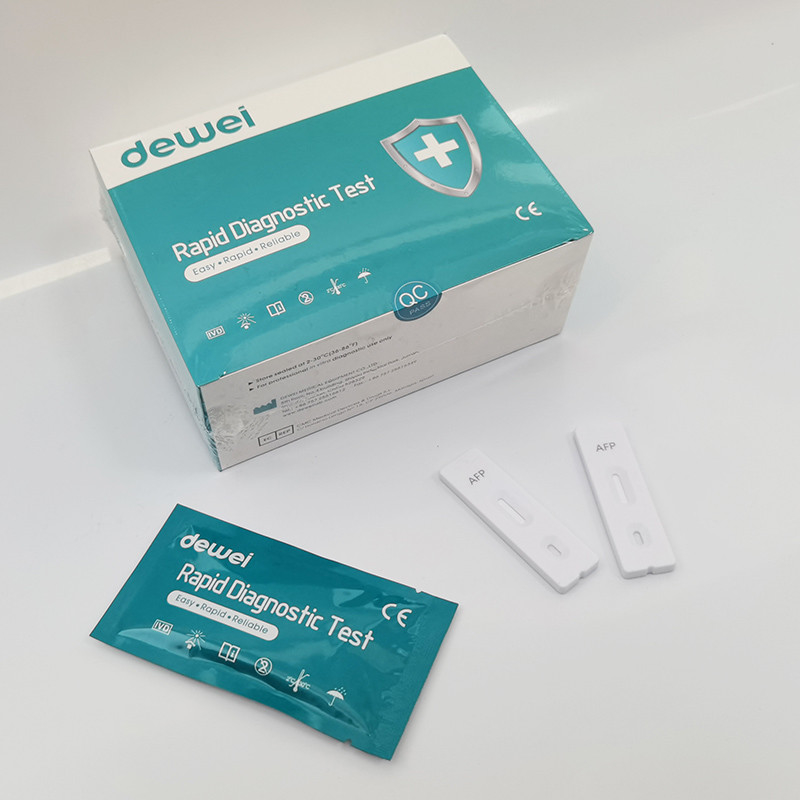 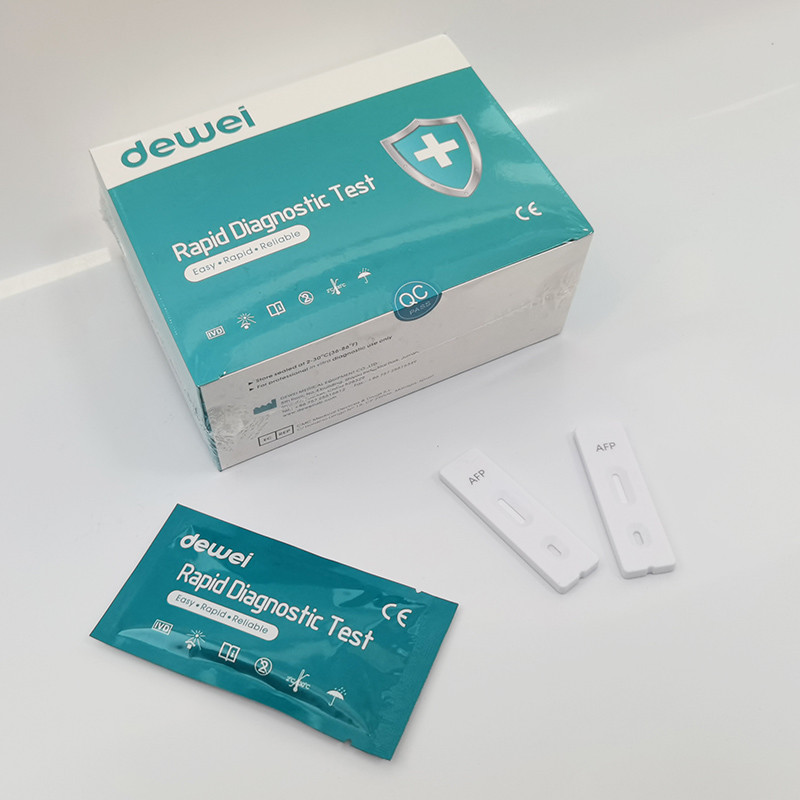 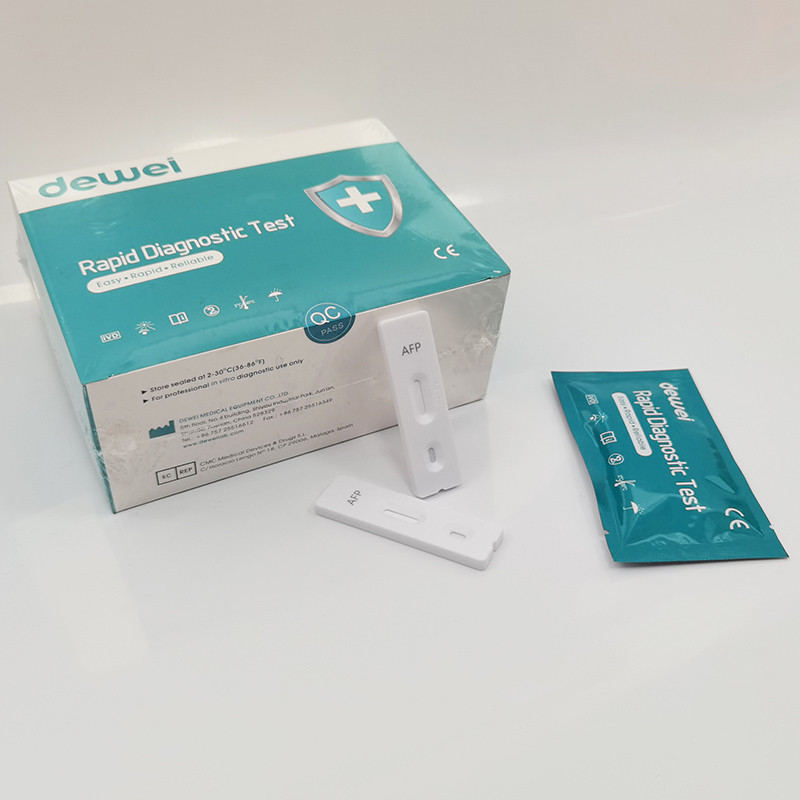 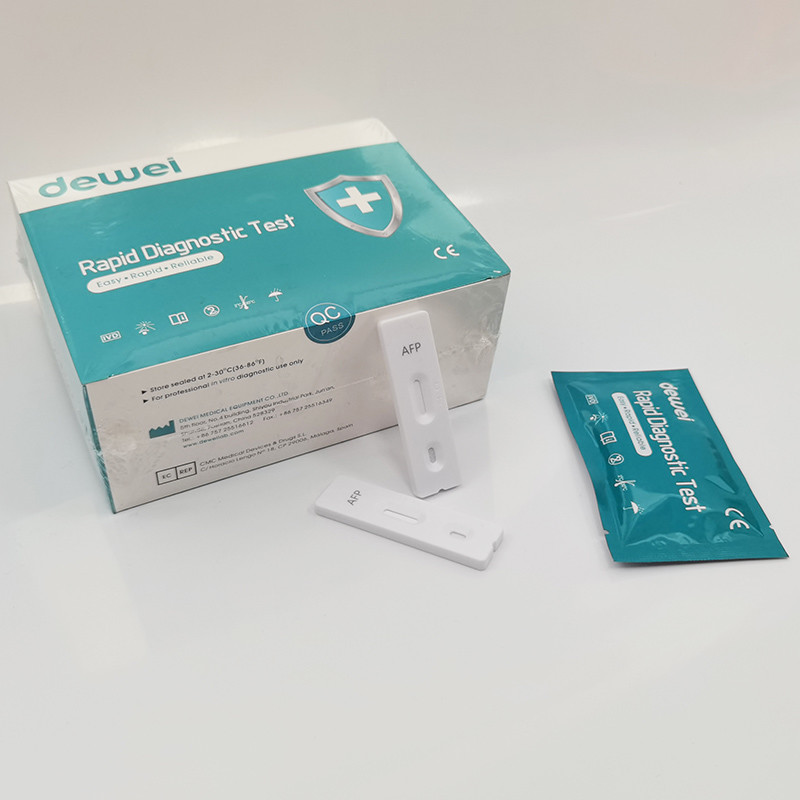 INTENDED USE
The AFP Rapid Test Device (Whole Blood/Serum/Plasma) is a rapid visual immunoassay for the qualitative presumptive detection of alpha fetal-protein (AFP) in human whole blood, serum, or plasma specimens. This kit is intended for use as an aid in the diagnosis of various cancers.

INTRODUCTION
Alpha fetoprotein (AFP) is a single chain glycoprotein with a molecular weight of approximatively 70,000. It is produced by the fetal yolk sac and proximal structures of the liver and gastrointestinal tract. In the human fetus, AFP is a major serum protein which reaches a level of several milligrams per milliliter at week 12 of gestation and then drops to trace concentration in the normal non pregnant adult. The clinical value of AFP as a tumor marker was not immediately appreciated because the assays used for quantitation were not sensitive enough to detect the nanogram amounts associated with early disease. As more sensitive radioimmune assays became available, the utility of AFP as a tumor marker became increasingly apparent. Significant increases are observed in malignant tumours in childhood, such as hepatoblastomas and nephroblastomas, and in hepatocellular carcinoma and certain testicular tumours in adults. Less commonly, malignant tumours of the gastro¬intestinal tract and other organ systems with massive hepatic metastases are associated with increased concentractions of AFP in serum or plasma. AFP levels should be measured at presentation and monitored during treatment and they are very useful in diagnosis and in evaluating the effectiveness of therapy.

PRINCIPLE
The AFP Rapid Test Device (Whole Blood/Serum/Plasma) detects alpha fetal-protein (AFP) through visual interpretation of color development on the internal strip. AFP antibodies are immobilized on the test region of the membrane. During testing, the specimen reacts with AFP antibodies conjugated to colored particles and precoated onto the sample pad of the test. The mixture then migrates through the membrane by capillary action, and interacts with reagents on the membrane. If there are sufficient AFP antigens in the specimen, a colored band will form at the test region of the membrane. The presence of this colored band indicates a positive result, while its absence indicates a negative result. The appearance of a colored band at the control region serves as a procedural control, indicating that the proper volume of specimen has been added and membrane wicking has occurred.

1) The AFP Rapid Test Kit is intended for use with human whole blood, serum, or plasma specimens only.

2) Only clear, non-hemolyzed specimens are recommended for use with this test. Serum or plasma should be separated as soon as possible to avoid hemolysis.

4) Containers containing anticoagulants such as EDTA, citrate, or heparin should be used for whole blood storage.

6) If specimens are to be shipped, pack them in compliance with all applicable regulations for transportation of etiological agents.

Bring tests, specimens, and/or controls to room temperature (15-30°C) before use.

1) Remove the test from its sealed pouch, and place it on a clean, level surface. Label the device with patient or control identification. For best results the assay should be performed within one hour.

2) Transfer 3 drops of whole blood/serum/plasma to the specimen well (S) of the device with the provided disposable pipette, and start the timer.

Allow 3 hanging drops of fingerstick whole blood to fall into the center of the specimen well (S) of the test device, and start the timer.

3) If the test fails to migrate across the membrane after 1 minute, add 1 drop of buffer to the specimen well (S).

4) Wait for the colored band(s) to appear. The result should be read at 10 minutes. Do not interpret the result after 20 minutes.