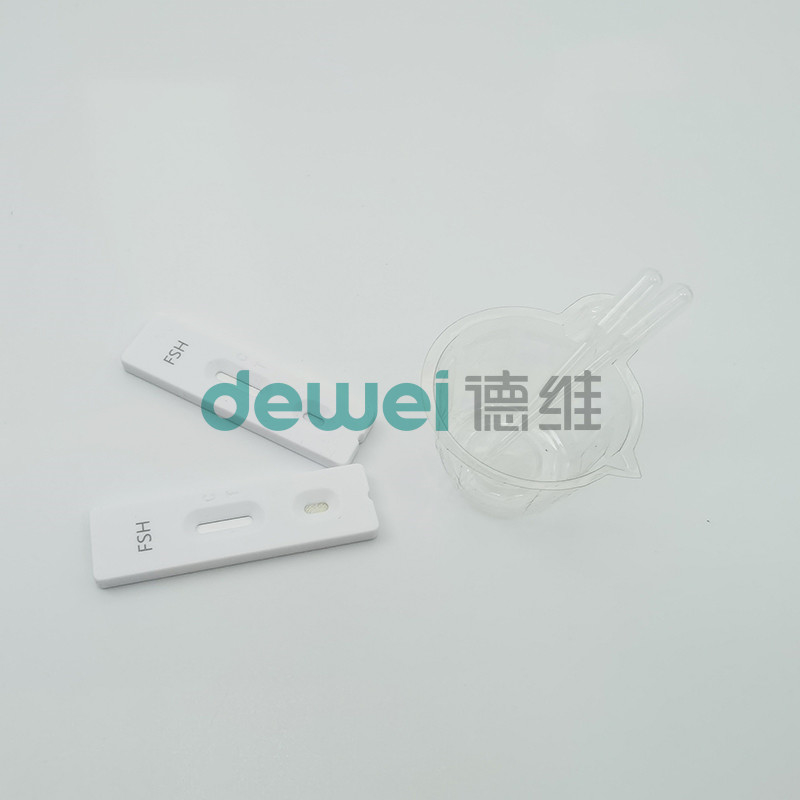 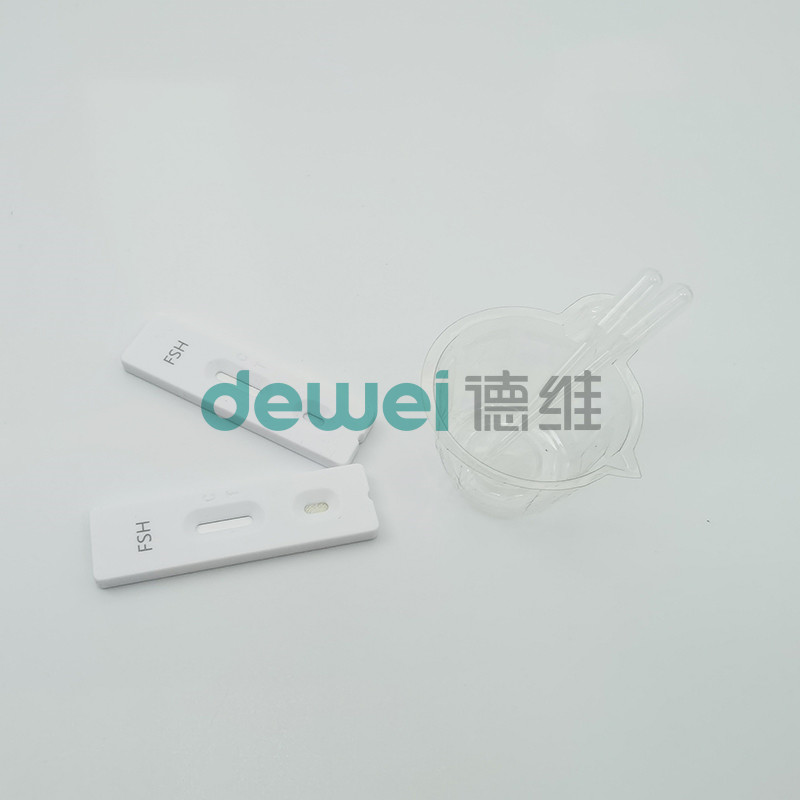 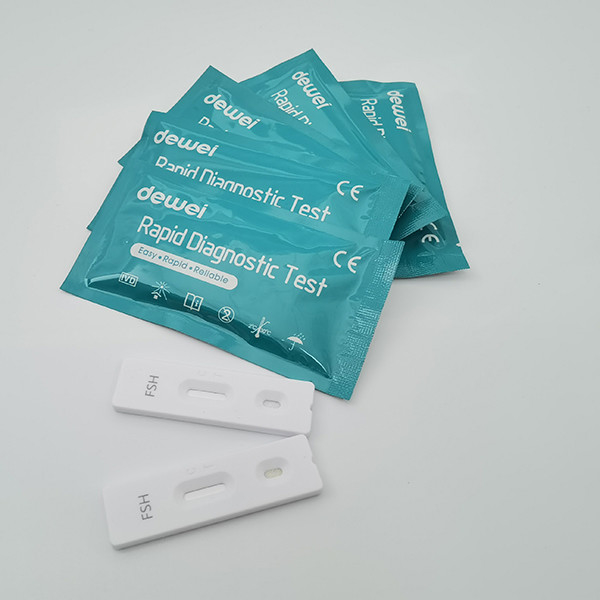 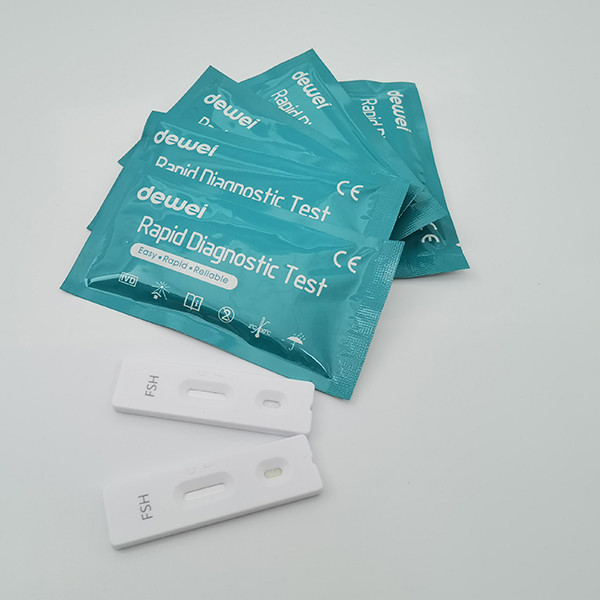 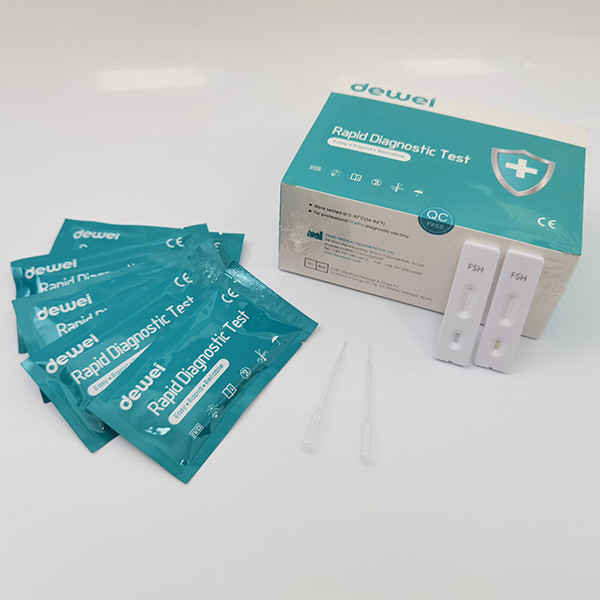 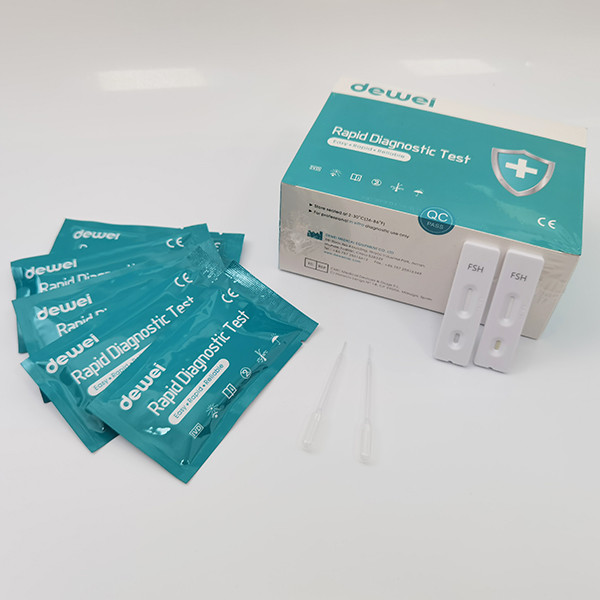 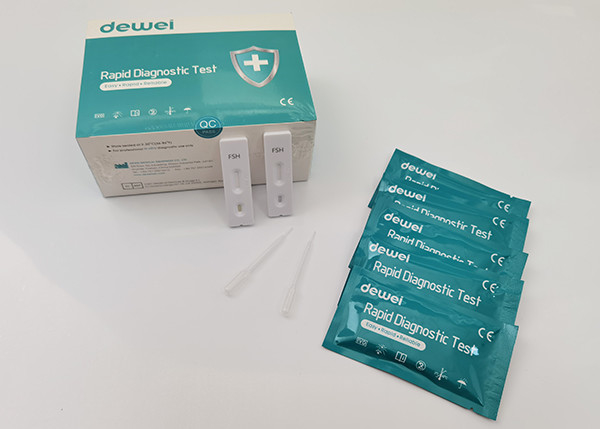 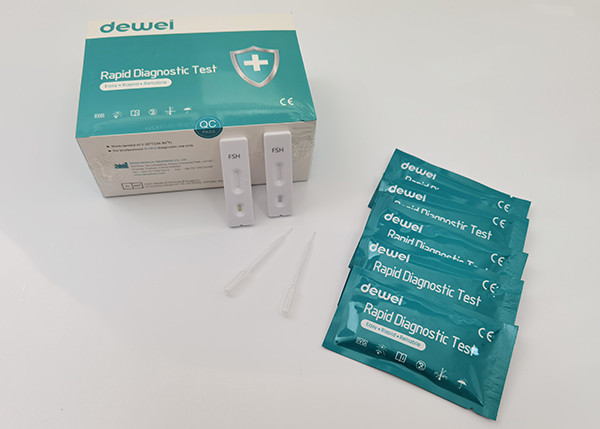 Menopause is the permanent cessation of menstruation but is usually not scientifically diagnosed until one full year after a woman’s menstrual periods have stopped. The period leading up to menopause, and the 12 months following, is known as perimenopause. Many women experience symptoms during this time including hot flashes, irregular menstrual cycles, sleep disorders, vaginal dryness, hair loss, anxiety and mood swings, short-term memory loss and fatigue. The onset of perimenopause is caused by changes in the levels of hormones in the female body that regulate the menstrual cycle. As the body produces less and less estrogen, it increases its production of FSH, which normally regulates the development of a female’s eggs[1-3]. Therefore, testing for FSH can help determine whether a woman is in the perimenopause stage. If a woman knows she is perimenopausal, she can take the appropriate steps to keep her body healthy and avoid the health risks associated with menopause, which include osteoporosis, increased blood pressure and cholesterol, and increased risk of heart disease [4,5]. The FSH Rapid Test Strip is a rapid test that qualitatively detects the FSH level in urine specimen at the sensitivity of 25 mIU/mL. The test utilizes a combination of antibodies including a monoclonal anti-FSH antibody to selectively detect elevated levels of FSH.

The FSH Rapid Test Strip is a qualitative, lateral flow immunoassay for the qualitative detection of human Follicle Stimulating Hormone in urine to evaluate the onset of menopause in women. The test utilizes a combination of antibodies including a monoclonal anti-FSH antibody to selectively detect elevated levels of FSH. The assay is conducted by adding a urine specimen to the specimen well of the test device and observing the formation of colored lines. The specimen migrates via capillary action along the membrane to react with the colored conjugate. Positive specimens react with the specific antibody-FSH colored conjugate to form a colored line at the Test Line Region of the membrane which is darker than or the same shade as the line in the Control Line Region. To serve as a procedural control, a colored line will always appear in the Control Line Region, indicating that the proper volume of specimen has been added and membrane wicking has occurred.

Allow the test device, urine specimen and/or controls to equilibrate to room temperature (15°-30°C) prior to testing.

1) Remove the test from its sealed pouch and use it as soon as possible. For best results, the assay should be performed within one hour.

2) Hold the strip by the end, where the product name is printed. To avoid contamination, do not touch the strip membrane.

3) Holding the strip vertically, dip the test strip in the urine specimen for at least 10-15 seconds. Do not immerse past the maximum line (MAX) on the test strip.

As the test begins to work, color will migrate across the membrane.

4) After the test has finished running, remove the strip from the specimen and place it on a non-absorbent flat surface. Start the timer and wait for the colored band(s) to appear. The result should be read at 5 minutes. Do not interpret the result after 10 minutes.