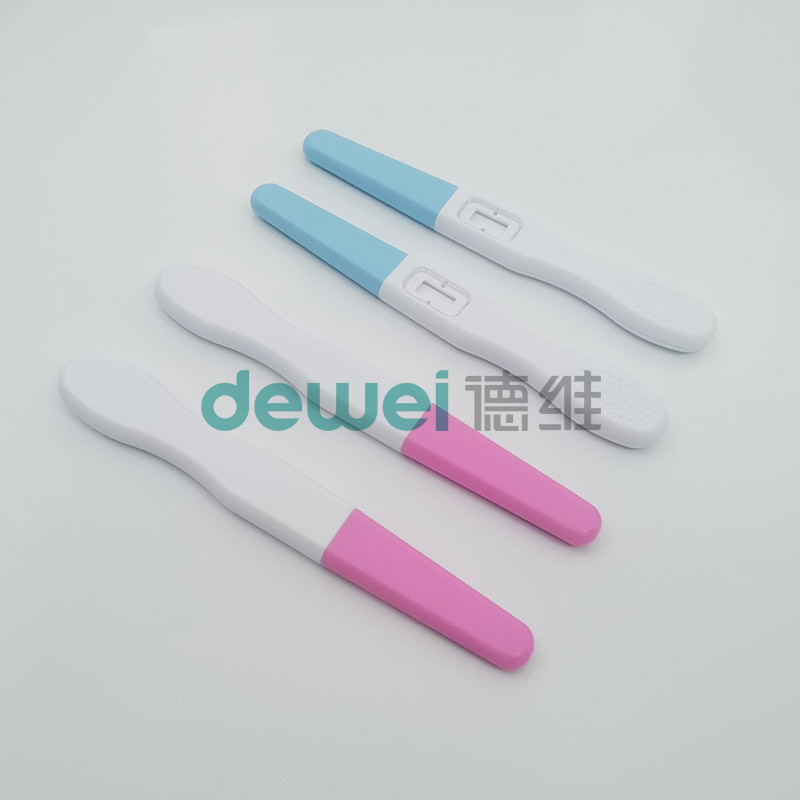 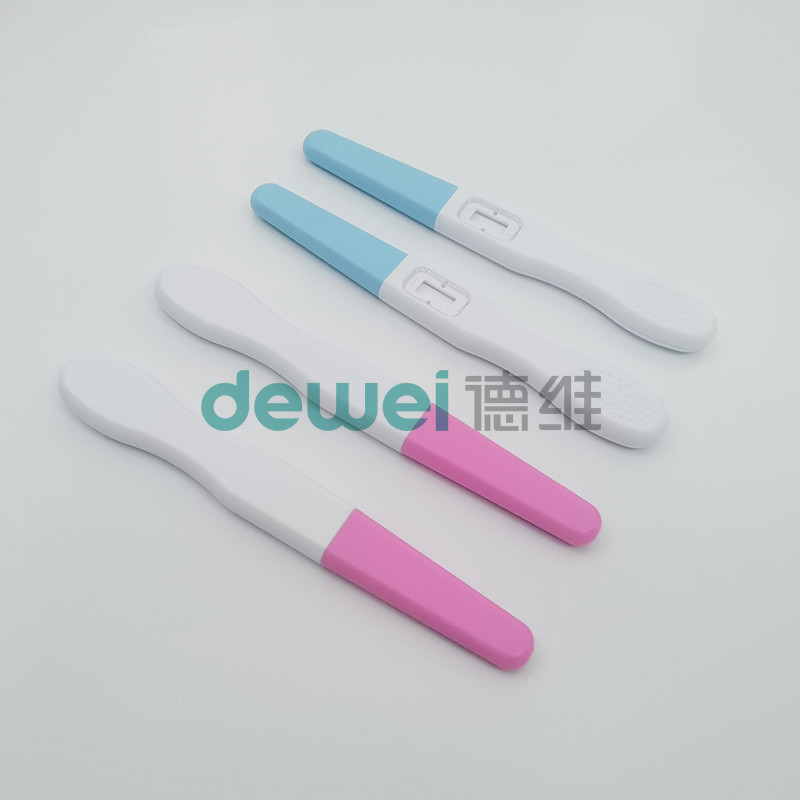 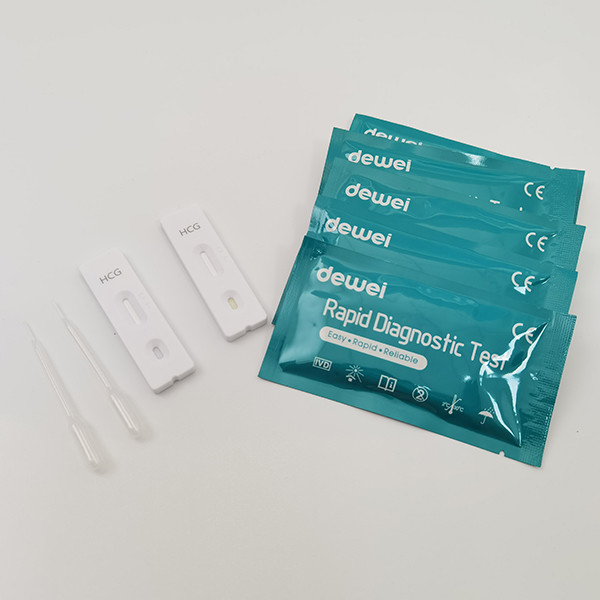 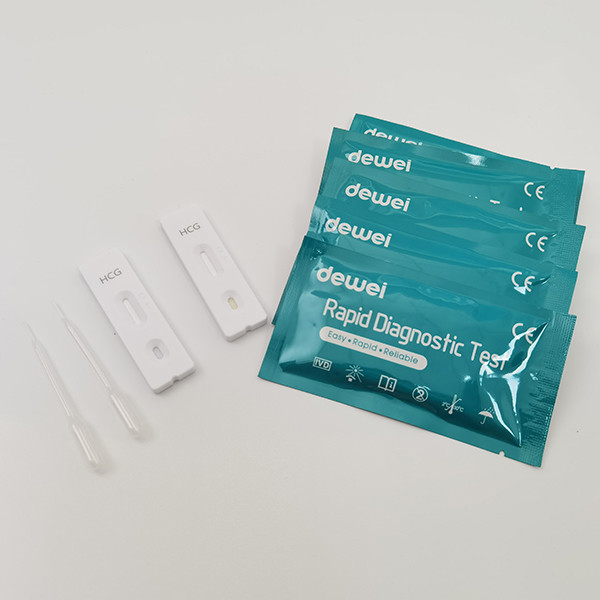 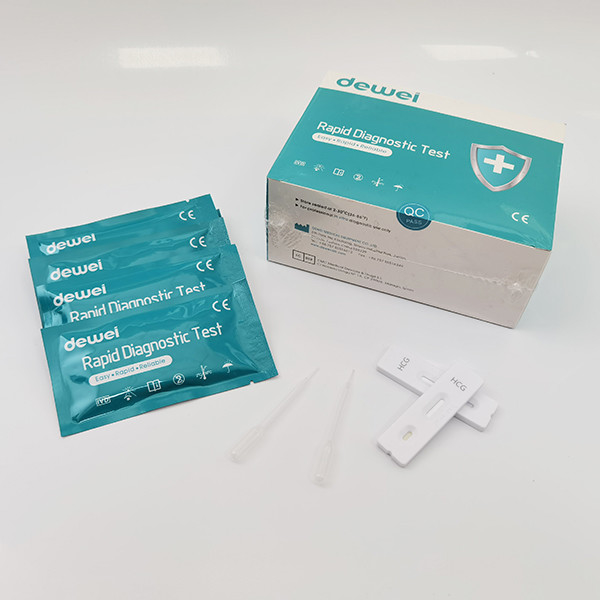 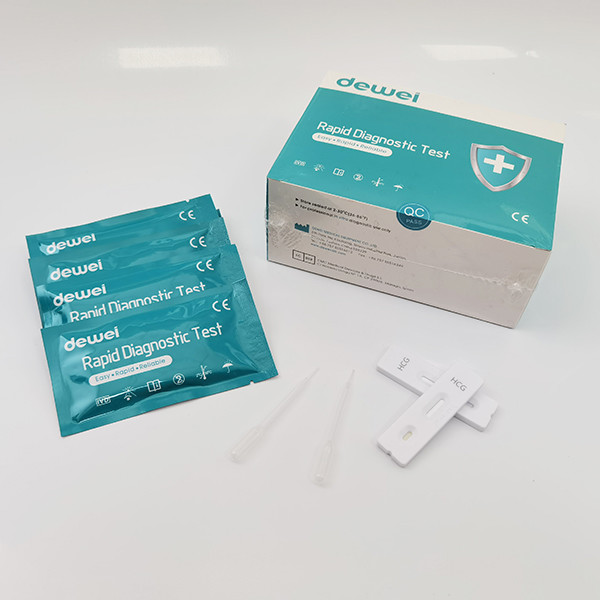 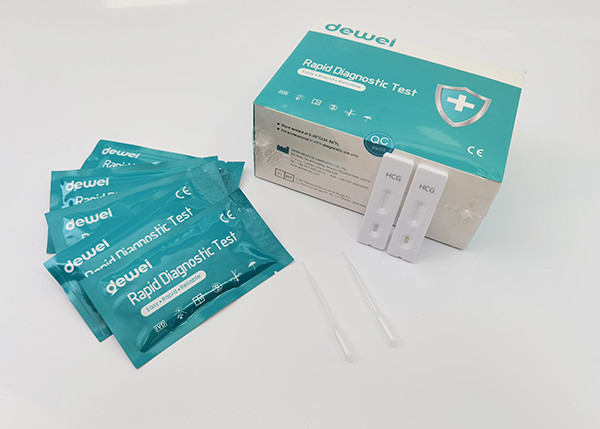 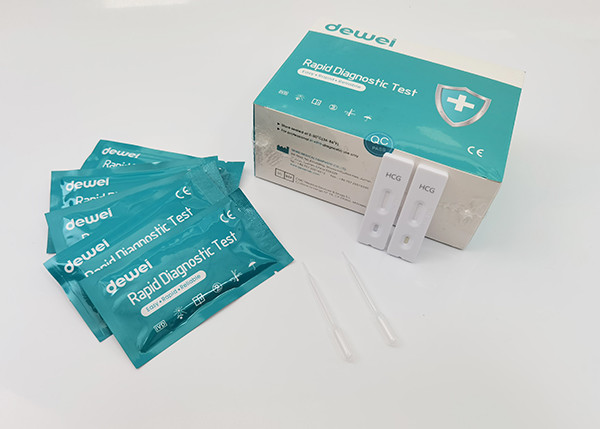 INTENDED USE OF PREGNANCY TEST
The Human Chorionic Gonadotropin hCG Rapid Test Kit (Urine) is a rapid visual immunoassay for the qualitative, presumptive detection of human chorionic gonadotropin in human urine specimens. This kit is intended for using as an aid in the early detection of pregnancy.

Human chorionic gonadotropin (hCG), a glycoprotein hormone secreted by viable placental tissue during pregnancy, is excreted in urine approximately 20 days after the last menstrual period. hCG levels rise rapidly, reaching peak levels after 60-80 days. The appearance of hCG in urine soon after conception and its rapid rise in concentration makes it an ideal marker for the early detection and confirmation of pregnancy. However, elevated hCG levels are frequently associated with trophoblastic and non-trophoblastic neoplasms and hence these conditions should be considered before a diagnosis of pregnancy can be made.

TEST PRINCIPLE OF PREGNANCY TEST
The hCG Rapid Test (Urine) detects human chorionic gonadotropin through visual interpretation of color development in the internal strip. Anti-hCG antibodies are immobilized on the test region of the membrane, and anti-mouse antibodies immobilized on the control region. During testing, the specimen reacts with anti-hCG antibodies conjugated to colored particles and precoated onto the sample pad of the strip. The mixture then migrates through the membrane by capillary action and interacts with reagents on the membrane. If there is sufficient hCG in the specimen, a colored band will form at the test region of the membrane. The presence of this colored band indicates a positive result, while its absence indicates a negative result. The appearance of a colored band at the control region serves as a procedural control, indicating that the proper volume of specimen has been added and membrane wicking has occurred.

1. Remove test Strip, Cassette or Midstream from the sealed pouch.

Remove test strip from the sealed pouch.Dip the arrowed end of the test strip into the container

with urine sample, take it out in 5 seconds and lay flat.

Remove test device/cassette from the sealed pouch.Lay the device flat, add 2 drops of urine specimen by

sample dropper into the sample well.

head into urine sample, take it out in 5 to 10 seconds

and lay it flat.

3. Read the results within 5 minutes.